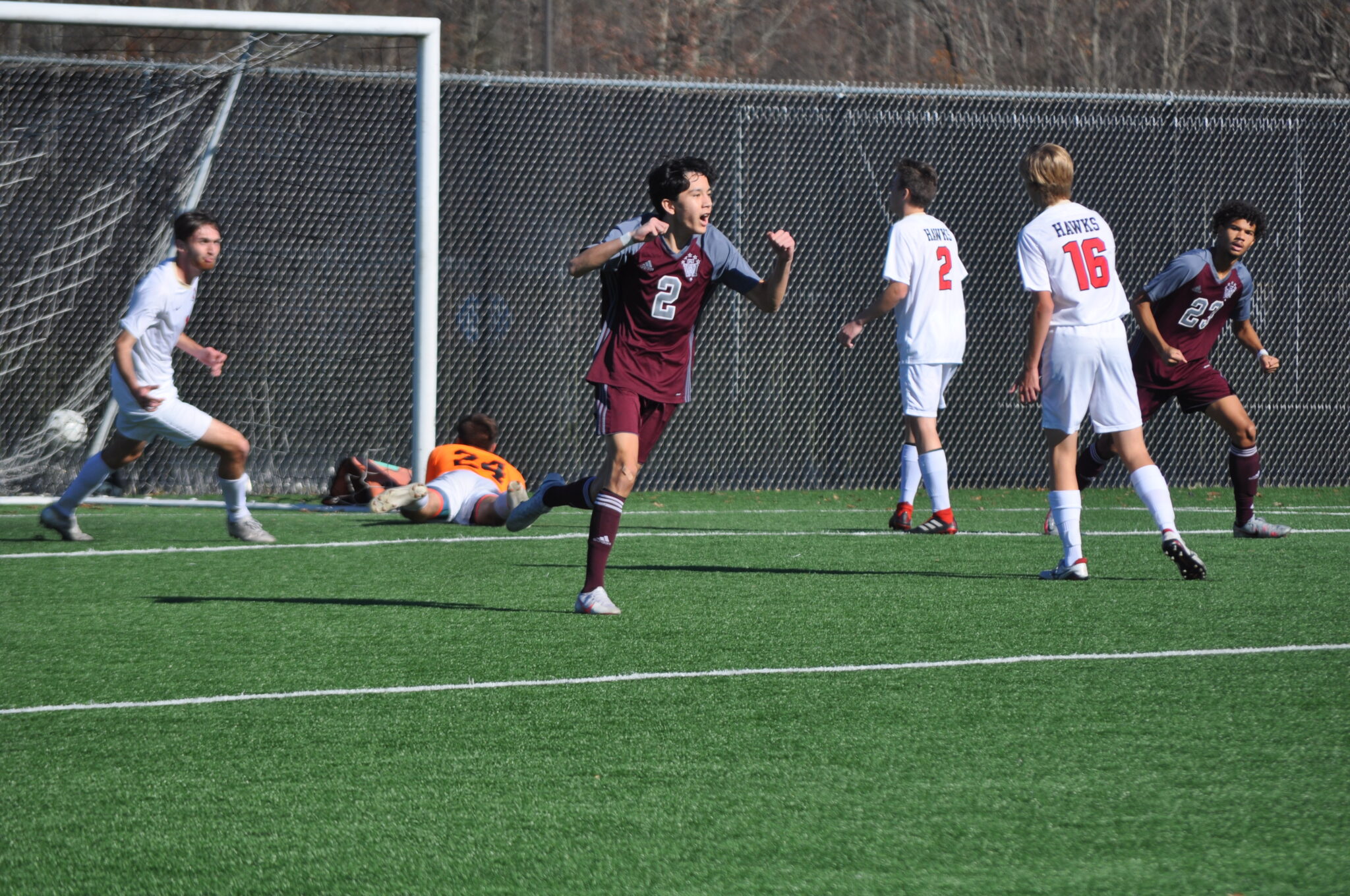 BECKLEY, W.Va. — George Washington’s boys soccer team dominated early and often Saturday, building a four-goal lead in the first half en route to a 5-0 victory over University in the Class AAA boys final at Cline Stadium.

With the victory, the Patriots claimed their third state championship in as many years. It also marked GW’s seventh state title and fourth in five seasons.

“It’s a surreal season. Kanawha County was the last county to be able to actually play sports,” GW coach Erik Engle said. “We sat around for weeks watching teams 15 miles from us play. There’s a point when you become concerned about the mental well being of your kids, because they don’t understand why they can’t play. So we talked about taking whatever it is they give us.”

The title match with the Hawks was hardly ever in doubt. An early goal from Tarek Jarrouj put the Patriots (11-0) ahead for good. Just prior to the midway point of the opening half, GW doubled its lead when freshman Michael Luechauer scored his first of two straight goals off an assist from Maxwell Trethewey.

Luechauer scored again 5:01 after accounting for his first goal, when he converted off an assist from Mason Pinkett and found the back of the net from close range.

“We talked about needing to get out fast and score two or three goals or whatever it was we could get so that we were in the right rhythm of the game,” Engle said.

The Patriots did one better for their coach when Trethewey converted a penalty kick to up the lead to 4-0 with 13 minutes remaining in the first half.

Sam Clark scored the only goal of the second half to provide the final margin.

“We couldn’t control what it is that we were given,” Engle said of the unbeaten season. “We could only be prepared for it and that’s what they did was prepare for whatever was going to be given to them.”