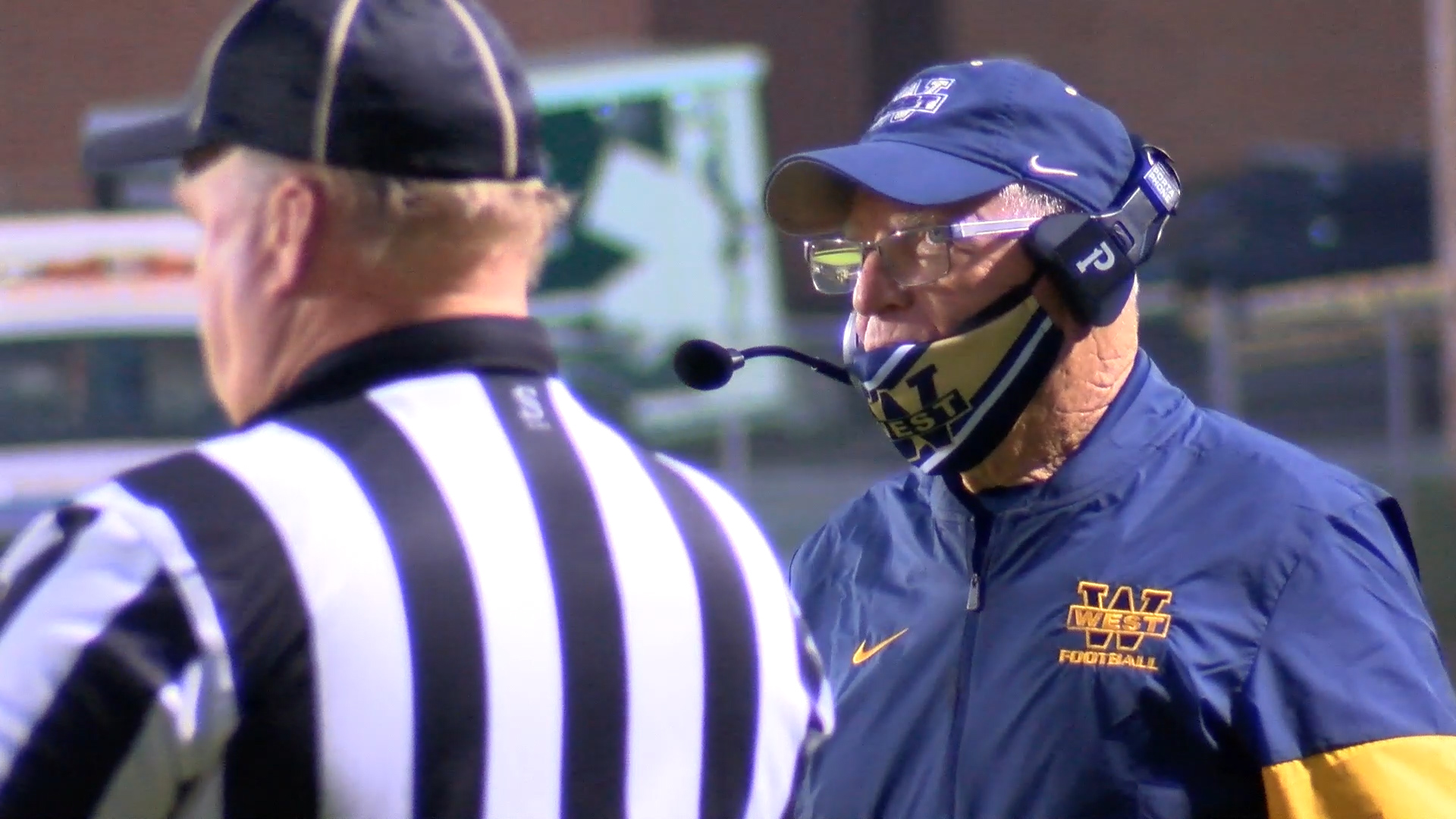 CHARMCO, W.Va. — Toby Harris, Greenbrier West’s first football coach in program history, returned to the Cavaliers’ sideline a year ago and helped lead the team to 10 victories, a Class A quarterfinal and their first winning season since 2014.

Harris’ Cavaliers have won all nine of their contests in 2020 and Class A’s No. 2 seed takes to its home field at 1:30 p.m. Saturday to welcome Ritchie County in a Class A quarterfinal.

Greenbrier West enters as the state’s lone remaining unbeaten outside of Class AAA — and just one of three teams statewide without a loss.

“It’s been a great season,” Harris said. “We were lucky we got to play eight straight games and we’re happy to be a lot more fortunate than a lot of schools throughout the state.”

Along the way to its 8-0 regular season, the Cavaliers won every game by at least 20 points, scored 34 or more in every contest and recorded a pair of shutouts.

“We had several kids back that had success last year, so they were confident coming in,” Harris said. “Some of our other kids have improved as we’ve gone through.”

Yet following a 41-14 triumph over Sherman on Oct. 23, GWHS was out of action until last Saturday’s first-round playoff matchup — a 58-0 win over Madonna. The COVID-19 pandemic, which has impacted every team across the state at some point this season, forced the Cavaliers out-of-action for the final two weeks of the regular season after a student tested positive for the virus.

Harris’ team didn’t lose any momentum, however, and instead picked up where it left off with a convincing win over the Blue Dons to begin postseason play. Quarterback Kaiden Pack threw for 125 yards and three touchdowns, while Cole McClung carried 11 times for 125 yards and a score to go with an interception.

About the only thing that went wrong for GWHS was an injury to all-state running back Noah Brown, who rushed for a first-quarter touchdown before leaving the game with a lower right leg injury.

Earlier this week, Harris deemed Brown questionable to play against the Rebels, but added, “he’s on crutches and although nothing’s broken, he has a long road to get back to full speed.”

That could put an added emphasis on Pack, who has keyed an improved passing attack with 13 TD passes this season.

“We’ve improved in areas we weren’t so good at last year, which has helped us,” Harris said. “We were and still are primarily a running team. But last year we didn’t throw a whole lot and we kept working with our quarterback and receivers. Pack worked hard at throwing the ball in the offseason and the receivers have gotten better throughout the year.

“(Assistant) coach (Isac) Osborne is a really good offensive coach and throwing more has paid off for us. We run the ball, but you can’t load up on us like last year.”

Still, there’s no denying the challenge that awaits the Cavaliers in the form of the seventh-seeded Rebels. Out of 48 teams to qualify for the postseason, Ritchie County (9-2) was the only one with 10 regular season results. The Rebels have won seven straight and their two losses were by a combined nine points to St. Marys and Doddridge County — two of the top four seeds in Class A.

In 2019, Greenbrier West and Ritchie County saw their seasons end one day apart — the Cavaliers with a quarterfinal loss to Williamstown and the Rebels with a setback to Wheeling Central in the same round.

With the winner in line to host a semifinal game the following week, much is at stake Saturday afternoon.

“Ritchie is a really good team,” Harris said. “They’re a lot better than most teams we’ve faced this year. They’re well-coached and they have good athletes. They’re a lot like us in that last year they had success and a lot of kids are back. They’re playing really good football right now, so we’re looking at a tough game.”