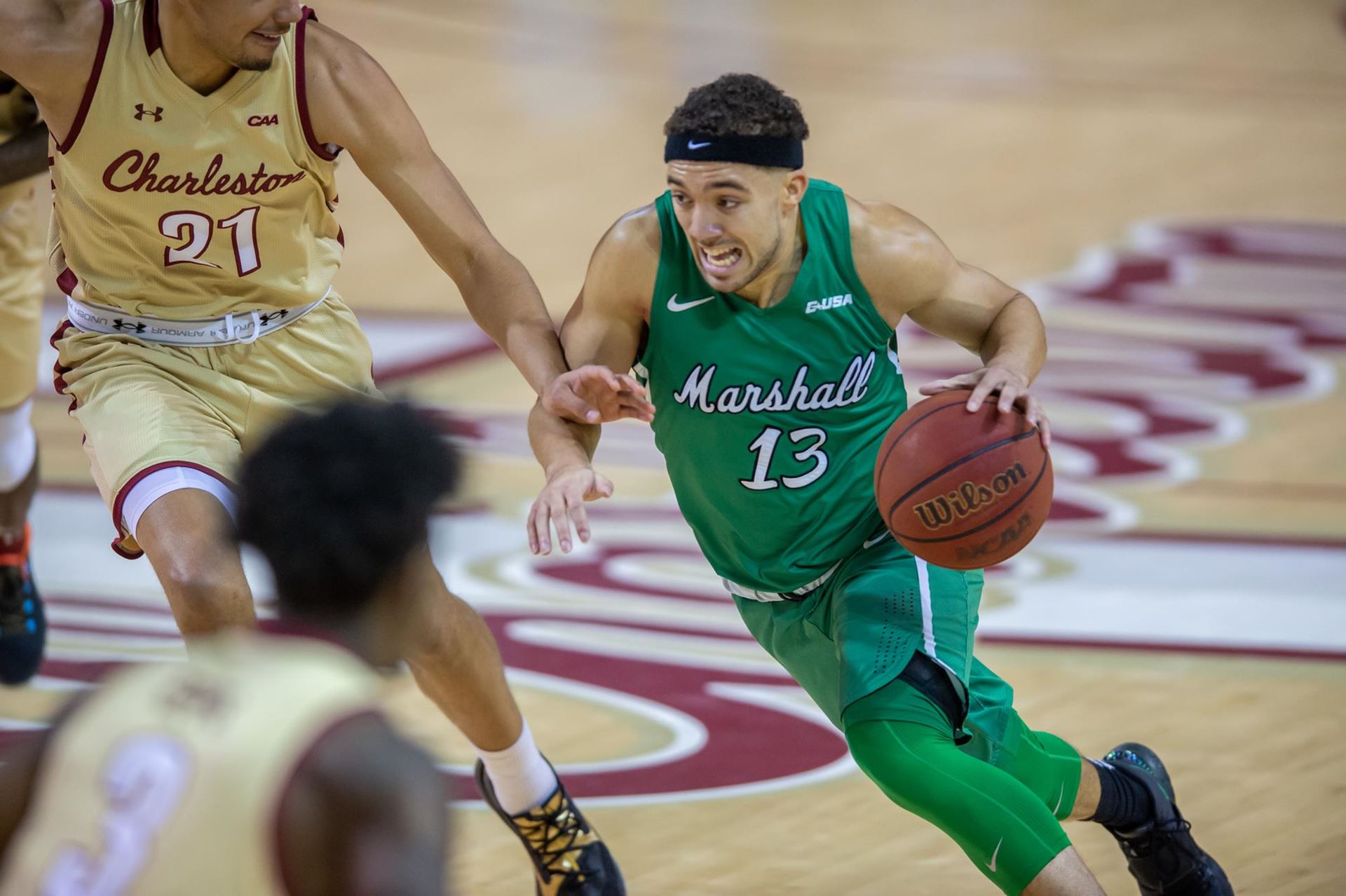 In March 2017, Jarrod West made history at Notre Dame High School, guiding the Irish to a Class A state championship in a season that also saw him garner the Evans Award as the state’s top player.

Forty-five months later, nearly a month into his senior season at Marshall, West has also rewritten the record books for the Thundering Herd.

West, a 5-foot-11 senior guard, became Marshall’s all-time steals leader back on Dec. 3 in a win at Wright State, reaching 209 for his career and passing Skip Henderson in the process. That figure has since grown to 224, with West most recently recording seven steals in Sunday’s victory over Robert Morris. The Clarksburg native is only 40 steals shy of tying Conference USA’s all-time mark, held by former UNC Charlotte standout Eddie Basden.

“I take a lot of pride in my defense and take it as a challenge,” West said. “As a freshman, defense is what got me on the floor. I’ve wanted to stay consistent with it throughout my career. I’ve played a lot of games and minutes here and always tried to be a great defender. I’m honored and humbled to get the record and I want to continue to expand on it.”

his offensive impact may be even greater on this year’s team. Through six games, West is averaging 14.7 points and seven assists, while also increasing his per game marks in rebounding (4.2) and steals (3.7).

Outside of a nine-point effort in Marshall’s season-opening win over Arkansas State, West has scored between 13 and 19 points in every game. Additionally, he has career-best percentages on field goal shooting (45.2) and free throw shooting (78.6) to this point. In the Herd’s win over Ohio on Dec. 13, West became the 55th player in Marshall history to reach 1,000 career points.

“I kind of forgot about it during the game until they announced it during a media timeout,” West said. “I’ve been here four years and played in a lot of games. It really does mean a lot. Marshall has had a lot of good players and I’ve been fortunate to play with some of them.

“It’s hard to reflect on it now because I’m going through the process and enjoying every moment I get. I just want to focus on the task at hand and continue to move forward.”

Although West started 71 games over his first two seasons at MU, his role and minutes have increased since. He averaged 14.2 points in 36 minutes as a junior and is playing 36.5 minutes on average this season.

“He’s made a giant leap being able to read pick and rolls,” said MU coach Dan D’Antoni. “He’s had the patience to create angles not only for himself but others.

“He’s a self-made shooter and shoots a pretty high percentage. He’s finishing better at the rim. Jarrod’s a student of the game and his heart is in the game. When you have a young man like that, things are going to turn out well.”

The Herd compiled a 48-25 record over West’s first two seasons at Marshall. When he was a freshman in 2017-2018, Marshall won both Conference USA and the school’s first NCAA Tournament game. The next season, MU won 10 of its last 11 games and the CollegeInsider.com Tournament. After finishing 17-15 a year ago, West is hoping a strong 5-1 start to this year’s season is a sign of things to come.

“The wins are the most important thing for sure,” West said. “We’ve done a great job staying focused and controlling what we can control. There’s been a lot of schedule changes that have forced us to switch gears, but the growth and maturity in our team has grown drastically. We just have to stay consistent in what we’re doing and I have to continue to lead the team in the right direction.”

With one final non-conference contest scheduled Tuesday against UNC Asheville, the Herd would like nothing more than to enter C-USA play with only one setback. One week from Friday, Marshall is slated to begin conference play in what will be an unusual setup based around the COVID-19 pandemic that has the Herd playing eight league opponents on consecutive days in the same location, beginning with games Jan. 1 and Jan. 2 at Louisiana Tech.

The Herd is currently 82nd in Ken Pomeroy’s ratings, ahead of every C-USA team but Western Kentucky.

“We’ve had some quality wins for sure,” West said. “Not just that we’re winning, but the way that we’ve won. We’ve won every game by double digits. We’ve done a great job of finishing games, especially on defense.

“This is obviously not an ideal season like normal, so we have to adjust and change our perspective a bit.”