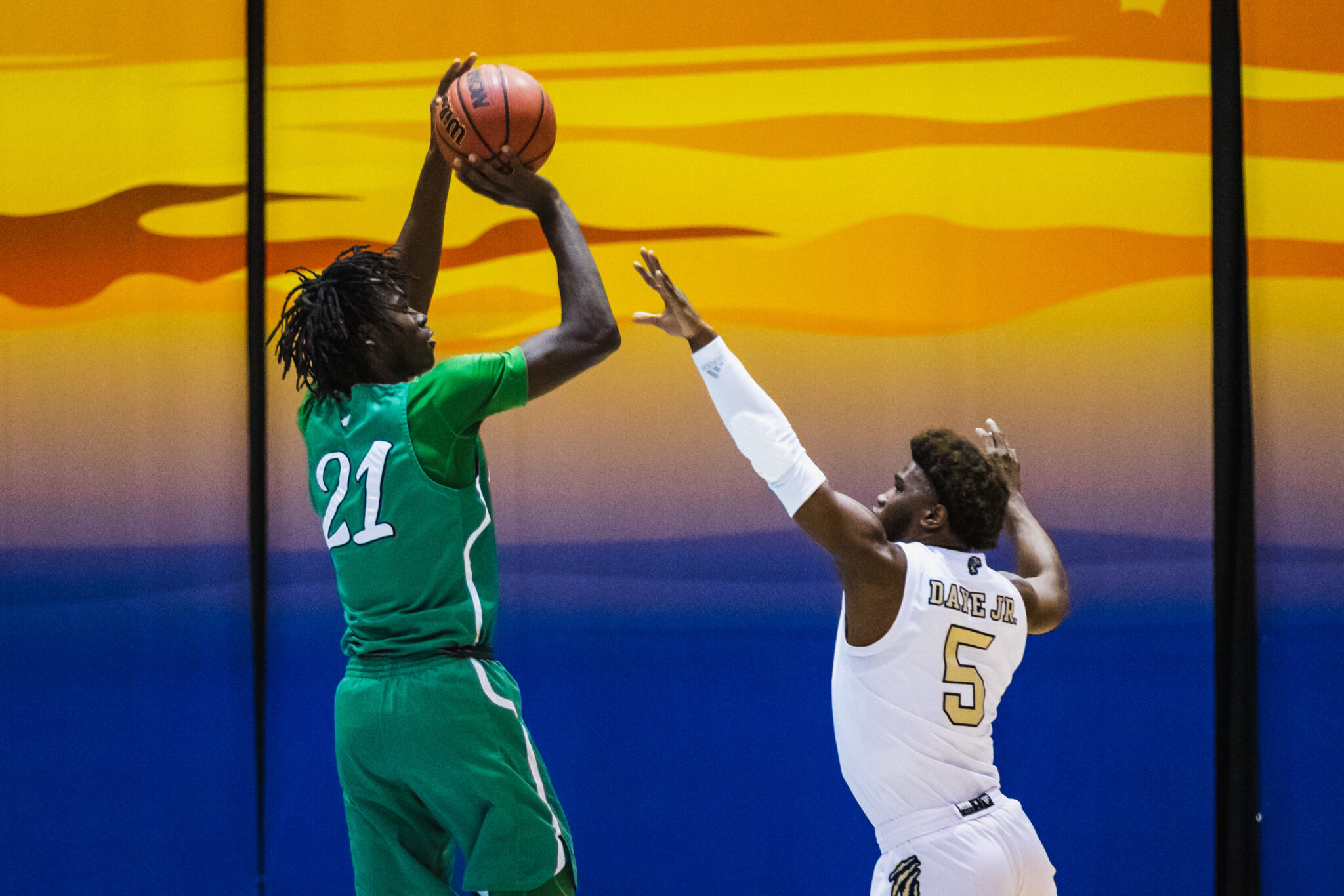 The 48 points mark a season-high first half for Marshall.

“We came out and said make sure we do what we do,” Marshall coach Dan D’Antoni said, referring to the first-half shooting numbers. “In the second half, we allowed them to do what they do. Run faster and shoot better. The first half we were into them. The second we loosened up a bit. They didn’t change anything. It’s on us.”

The Panthers average 11 three-pointers a game, one of the top teams in the nation in that category.

In the first half, the Herd’s Obinna Anochili-Killen scored 10 points on 5-of-5 shooting to lead the onslaught. Jarrod West had nine points, Andy Taylor eight and Taevion Kinsey and Darius George seven each. One of Kinsey’s baskets was a 360-degree-spin dunk at the 15:49 mark.

The Herd took just seven three-pointers and made two. The homestanding Panthers hit 11-of-34 shots from the field, including just 4-of-17 from behind the arc.

It was a role reversal in the second half as FIU started to drain its patented 3-pointers and the Panthers steadily got back into the game. They cut the deficit to 58-46 with 13:43, prompting a timeout by the Herd.

Taylor led the Herd with 16 points and 10 rebounds for a double-double. West added 16 points, six assists and four steals. George ended with 15 points in just 13 minutes. Anochili-Killen finished with 12 and Kinsey 10, half of his 20.5 per game production.

“They play like we do,” D’Antoni said. “Can be 20 down and win. Can be 20 up and lose. This was a perfect game for Darius. He’s more athletic than most and he came through.”

Tevin Brewers , Jonathan Nunez and Carrigan each totaled 11 points to lead the Panthers. Antonio Daye Jr., the team’s top scorer at 18-plus per game, had nine.

Teams end the two-game series today at 2 p.m. Stadium will televise the game. ESPN+ did not air Friday’s game due to Coronavirus problems.

There was no internet stream either after the FIU video production staff was require to quarantine due to COVID-19 contract tracing.

Attendance, limited due to COVID-19 protocols/social distancing, was 308.

Marshall is now 10-1 all-time in the series against FIU.