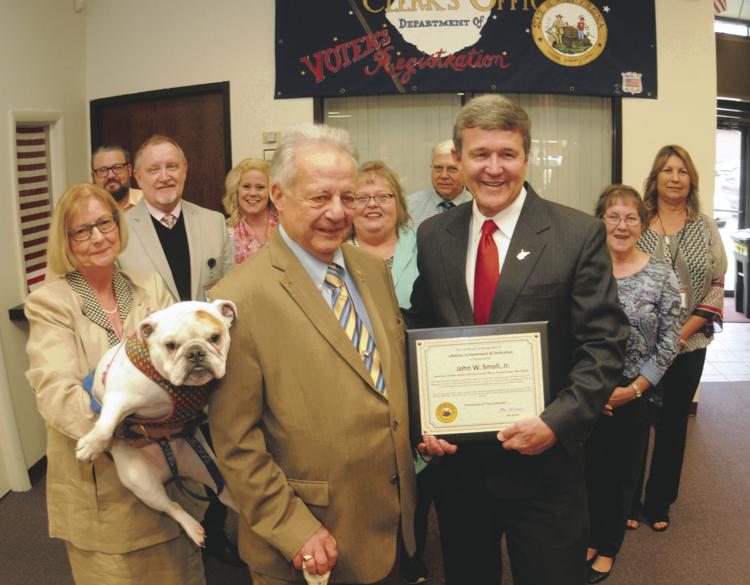 MARTINSBURG, W.Va. — Berkeley County Clerk John Small tendered his resignation this week after more than six decades on the job.

County Councilwoman Elaine Mauck was sworn in Thursday to replace him, and former County Councilman Dan Dulyea was appointed to fill her seat on the council.

Small is the longest-serving elected official in Berkeley County history and had been elected to his seventh, six-year term in 2016.

In a letter to the council, Small said he’d witnessed the spectacular growth of Berkeley County. He said he has “always strived to provide helpful, honest and efficient service with a smile.”