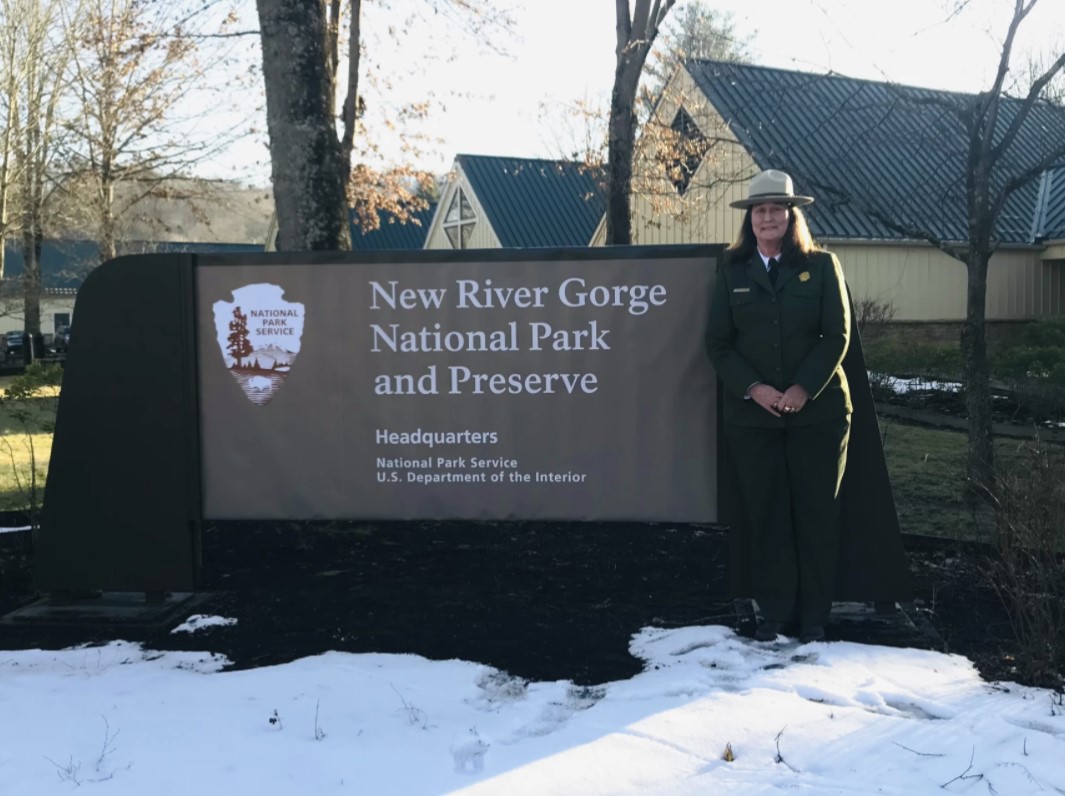 Lizzie Watts, Superintendent of what is now the New River Gorge National Park and Preserve

Although the matter had been discussed and debated for more than a year, the passage of the measure in an omnibus spending package in December was a surprise to some.

Park Superintendent Lizzie Watts said the changes won’t be all that noticeable.

“I’m not sure there will be a lot of change. There will be some where we’ve reduced hunting in the Gorge, but I think what the Park and Preserve does is really highlight the four most spectacular parts of the park,” Watts said.

Those fours parts include the deepest section of the Gorge in the area of the New River Gorge Bridge and downstream, the historical area surrounding the town of Thurmond, Sandstone Falls, and Grandview.

“Those areas visitors from around the world and even our neighbors know are very special environments. So those are the areas that were put into the park,” she said.

Watts added the change elevated the status of the New River Gorge area in the eyes of the nation.

The change was pushed hardest by U.S. Senator Shelley Moore Capito and later with support from U.S. Senator Joe Manchin. Rafting companies and those whose business depends on visitors were also strong backers. Advocates of the park touted the elevated status as one which will automatically increase visitors. But not everybody was on board, as Watts mentioned, local hunters had to give up territory which had long been hunting grounds for generations.

Robert Seay has fished and hunted in the Gorge with his family for decades. He told West Virginia Public Broadcasting the loss of those traditional hunting grounds was crushing.

“It’s not just about the hunting. The deer or the game is just a bonus. It’s doing what your family’s done where you learned to do it.” said Seay. “I learned to hunt in the gorge — with my father — that’s where I learned trees, learned direction.”

Some have rationalized much of the land which was put off limits to hunting with the National Park status was extremely rugged terrain and not conducive to hunting. Seay explained to Public Broadcasting, the argument is a non-starter.

Watts acknowledged hunters were the one group forced to make a sacrifice. She said they tried to offer a concession by opening up some federal property which had long been off limits to hunting.

“Because we had some hunters who were concerned about losing any acreage to hunting, we did decide to open some of the area of Grandview that has not been hunted in over 100 years because it used to be a State Park before the National River was created. We will open some of that to hunting to offset some of the areas they’ll be losing in the Gorge,” Watts explained.

According to Watts, about 300 acres in the Grandview area in the lower area along the river will be the new area available for hunters this fall.

As for how much the new park status will generate in new visitors, Watts said it’s hard to say.

“We anticipate some, but we don’t know how much. Covid has changed the world and visitation to a lot of park areas went up, just because the outdoors are now known to a whole new generation of folks who probably had never been in the outdoors. We don’t know how to anticipate what that will do for this year,” she said.