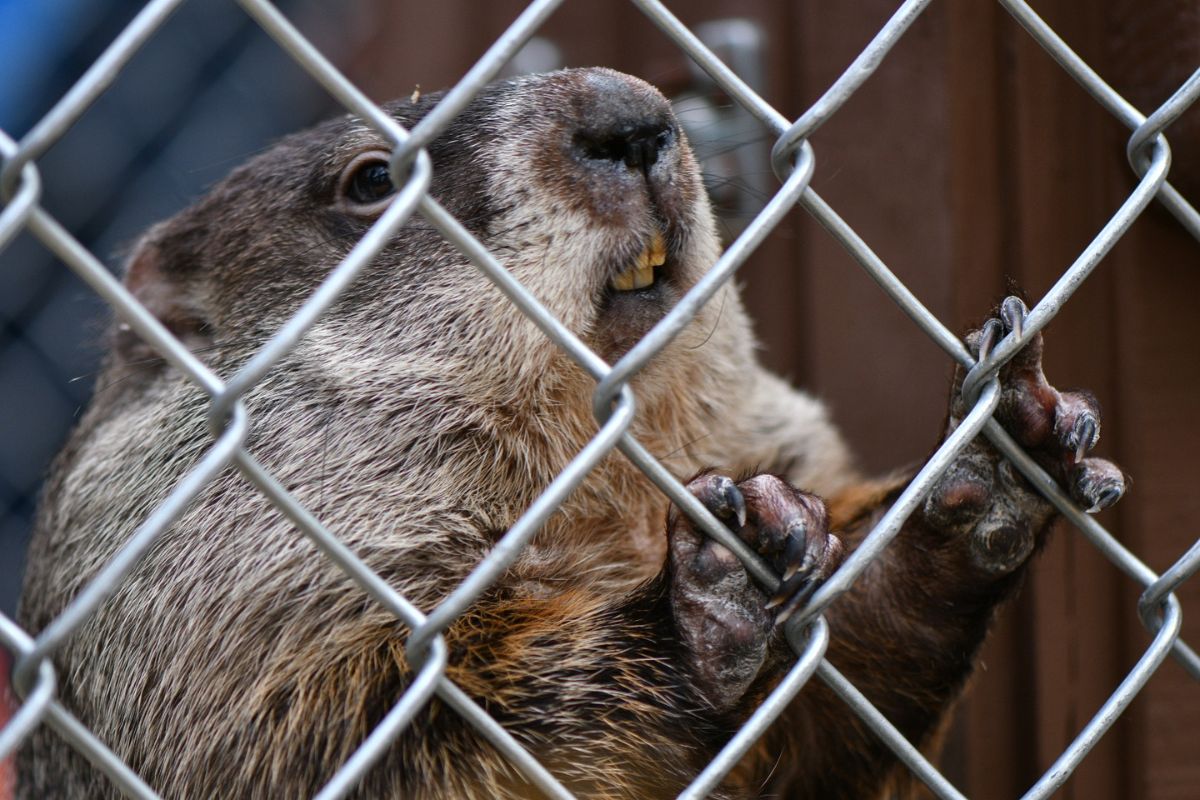 FRENCH CREEK, W.Va. — The annual Groundhog Day festivities at the West Virginia Wildlife Center for 2021 will be virtual. Due to Covid 19 the annual gathering to celebrate the critter will have to be cancelled and instead will be only an online prognostication of the coming weather pattern.

“We’ve normally had pretty steady interest in the event. It’s actually gone from a 20 minute thing to almost a multi-day celebration in the community. During the past couple of years when it’s been on the weekend we’ve had almost 450 people,” said Trevor Moore, Wildlife Biologist at the Wildlife Center in Upshur County.

“French Creek Freddie” is the star of the annual show. He’s the state’s official groundhog and his prediction which is always checked at 10 a.m. has been fairly accurate. During 2020 he predicted an early spring, and according to facility operators he nailed it. This year, we may have to wait to know what Freddie decided.

“This is a big switch for us with Covid. It’s all going to be on-line and on social media. All indications I’ve heard is it will be recorded and then posted around noon barring any major problems,” he said.

The Wildlife Center, one of the DNR’s main educational outreach tools, uses Groundhog Day each year to deliver some education about the critter.  The origins of the day can be traced back to German’s who migrated to America many years ago. Back in Europe, the tradition was to use a hedgehog to determine whether there would be six more weeks of winter or an early spring.

“It was originally in Pennsylvania and once they got here the closest thing they could find was a groundhog and I guess it took off from there,” Moore explained.

He added groundhogs are also true hibernators. During the deepest days of winter, they’ll go into the burrow and their body temperature will drop to the ambient temperature, heart rate will slow to just a couple of beats a minute and they’ll take no more than one or two breaths a minute.

“They’re in a really deep sleep when they hibernate,” he explained.

The emergence in the early days of February, according to Moore, is tied to breeding.

“They start breeding in the early spring and that’s actually part of why the come out around Groundhog Day . They come out and look for new burrows to go meet mates,” he said.

Otherwise, the critters, which are actually members of the squirrel family, are typically solitary and rarely have interactions with other groundhogs. However, they spend the spring and summer months digging and eating. According to Moore they can move 700 pounds of dirt to create a network of burrows and eat a pound to two pounds of vegetation daily in preparation for their winter hibernation.