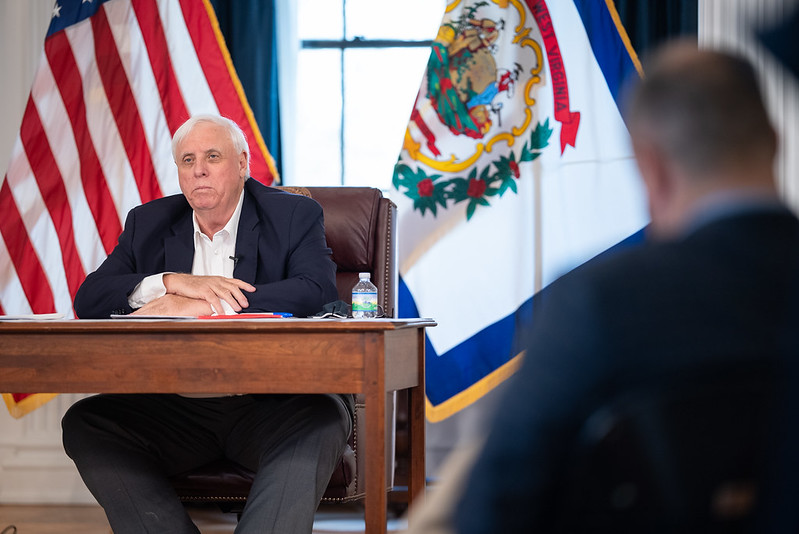 Gov. Jim Justice, who has been governing for almost a year under an emergency declaration, says there’s no reason for the Legislature to examine boundaries on the executive’s emergency powers.

“I’ve surely been working all the time with the Legislature, and you’ve got complete transparency — total transparency on my side. I’m going to do the same thing for another four years,” Justice said.

Lawmakers from both the state House and Senate have suggested recently that the governor’s emergency powers may receive scrutiny in the upcoming legislative session.

The Legislature officially gavels in Wednesday, and the stage will be set by the governor’s annual State of the State address.

For almost a year, Justice has been making decisions about the coronavirus pandemic with orders based on his own State of Emergency declaration  last March 16 and a section of state code describing the governor’s emergency powers.

Many lawmakers signed on to bring themselves into special session last summer. They wanted to examine the emergency powers, as well as provide oversight of the state’s use of federal relief funding.

A bipartisan supermajority of Republicans and Democrats in the House of Delegates signed letters of support for a special session. But numbers fell short in the Senate, where only a couple of Republicans joined most Democrats.

Justice, at the time, said a special session was not necessary.

Now, in the days leading up to the regular legislative session, lawmakers have said they will examine aspects of the emergency powers.

Questions will include how long they really should last and what powers should be more defined, said Ryan Weld, vice chairman of the Senate Judiciary Committee.

“How can we improve upon the governors’ powers? How can we put more of those powers into the Legislature’s hands, just to balance the power of state government?” Weld, R-Brooke, said during a Legislative Lookahead preview last week.

“We want our governor to be flexible and able to react, but at what point do we want some buy in or legislative approval for that?” asked Summers, R-Taylor.

“When an emergency turns into an ongoing situation or a long drawn-out saga, we need to look at how those roles are defined,” said Skaff, D-Kanawha.

Justice, speaking today, said his handling of the pandemic demonstrates there is no need for change.