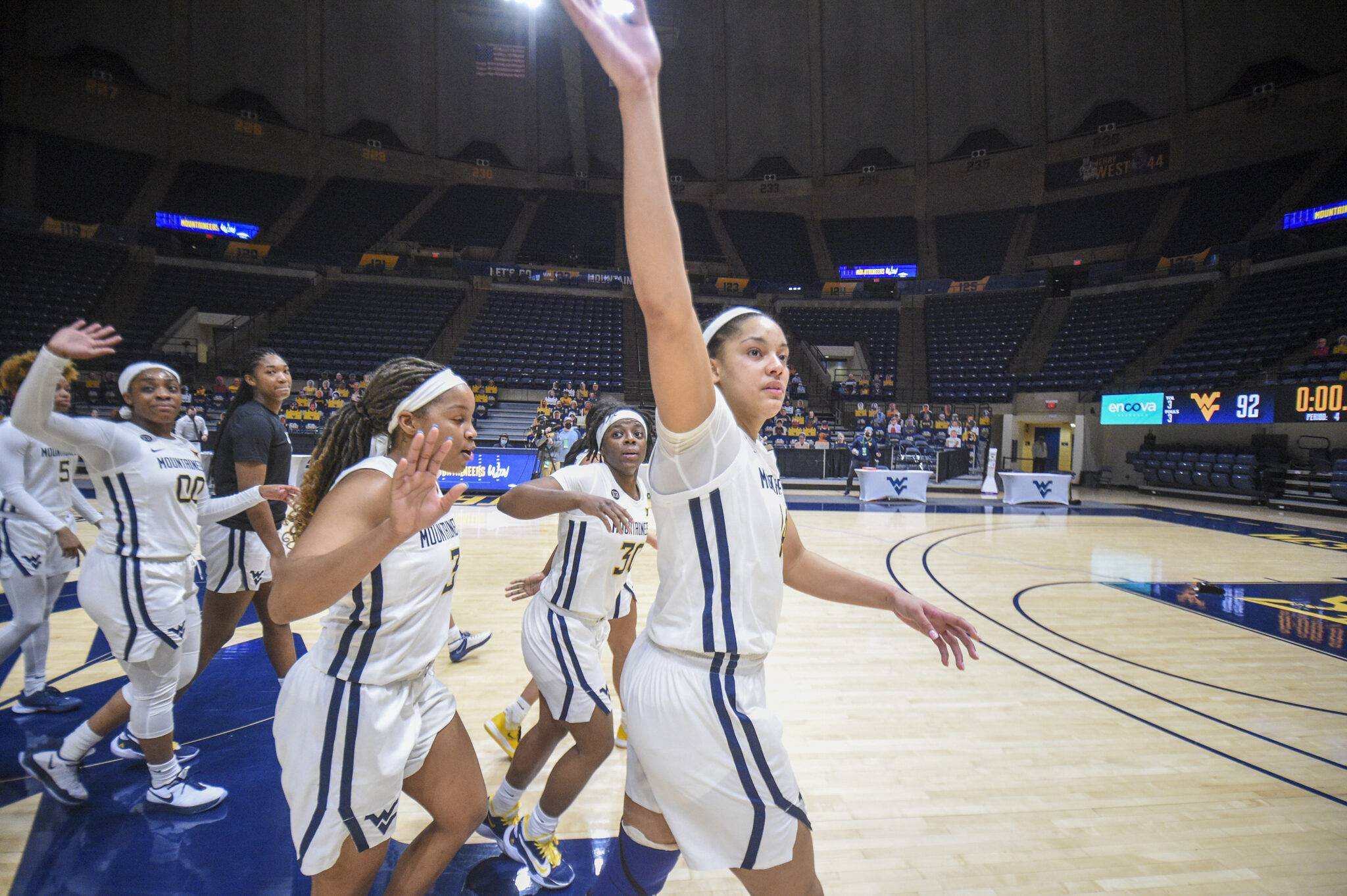 MORGANTOWN, W.Va. — It is likely that half of the Big 12 women’s basketball teams will qualify for the NCAA Tournament next month. There is a clear dividing line between the top half and the bottom half of the league and West Virginia will host a pair of teams from the bottom half this week.

No. 19 West Virginia (15-2, 9-2 Big 12) will put their 10-game win streak on the line Wednesday night when Kansas comes to the Coliseum. WVU was scheduled to visit the Jayhawks in early January but that game was postponed due to COVID protocols within the KU program and the contest has not yet been rescheduled.

“They run a lot of great stuff offensively,” WVU head coach Mike Carey said. “They are coming off a big win against TCU. There’s no doubt in my mind they will come here and play extremely hard. They are well-coached and we will have our hands full.”

Carey has been able to utilize the same starting lineup for most of the 17 games this season. KK Deans missed two games due to illness and Kysre Gondrezick missed one game following the death of her father. Otherwise, Madisen Smith, Kari Niblack and Esmery Martinez have been first on the floor in every game.

Martinez is tied for ninth in the nation with ten double-doubles. The 6-foot-2 sophomore forward connected on a 3-pointer in Saturday’s win at Texas and is becoming more comfortable extending her shooting range away from the basket.

“We started this summer as early as we could. All her individual workouts were with the guards. She was forced to do a lot more shooting threes. We’ll continue that after this season. We really need to eventually get her to the 3-4 position. That will be the next step for her and she is a hard worker. She needs to take that next step to do what she needs to do at the next level,” Carey said.

West Virginia will host Oklahoma Sunday afternoon and the Mountaineers will travel to visit league-leading and defending Big 12 champion Baylor (14-2, 9-1 Big 12) next Wednesday. The game could be a battle for first place in the conference standings.

“They seem like they are focused. You hope that they are not looking ahead. Kansas can very easily beat you. And then you have Oklahoma, which we took a big lead at the end but that was a very close game. It is my job to get them focused.”

WVU senior guard Kysre Gondrezick was named to the midseason watch list for the Naismith Trophy on Tuesday. The honor is awarded to the top player in the college game. Gondrezick is one of 30 players selected to the watch list. Gondrezick is leading the Mountaineers in scoring at 21.5 points per game and she has scored 20-plus points in eight of her last nine games.

“She had to get it the hard way. She was picked honorable mention (preseason) All-Big 12. So she had to work her way into these honors. She’s got to feel great about that because nobody gave her any honors, nobody gave her anything coming into this year. I am excited for her. Hard work pays off.”