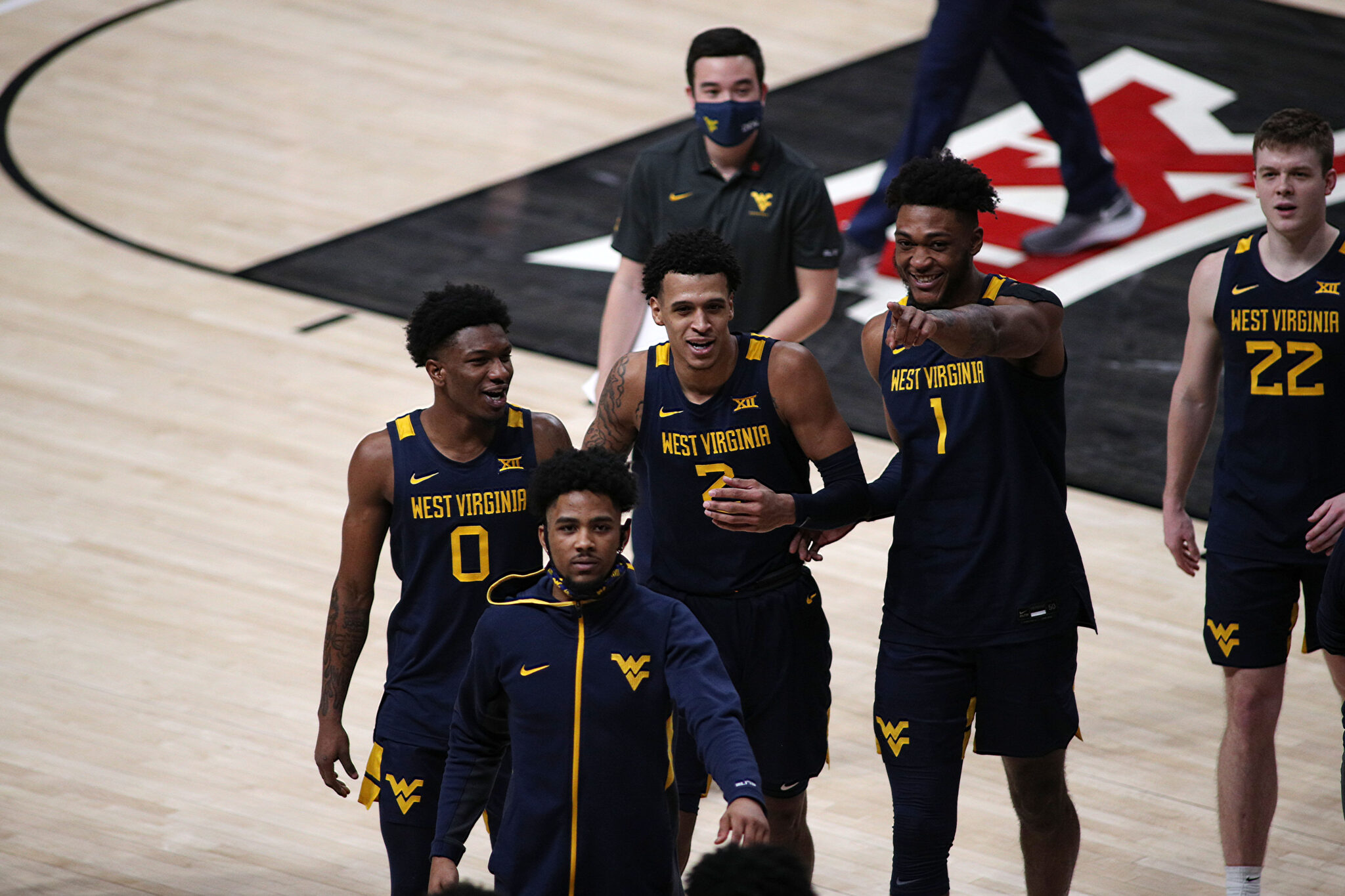 MORGANTOWN, W.Va. — To put it mildly, Bob Huggins was noticeably displeased with his team’s defensive effort a week ago at Iowa State in a 76-72 win. In the two games since, a 12-point win over Kansas and an 11-point win at Texas Tech, it appears the Mountaineers have answered Huggins’ challenges for better efforts on the defensive end of the floor.

“A lot of people are trying to say they are one of the toughest teams in the Big 12 and we don’t take that lightly,” said WVU sophomore guard Deuce McBride. “That’s our reputation as being the hardest and toughest playing team, not only in the Big 12 but in the nation. We knew it was going to be a hard-fought battle. It was and we came out victorious.”

“From the standpoint of a guy who has done this as long as I have done this, I appreciate the fact that they are coachable, Huggins said. “I appreciate the fact that they listen and try to do what you tell them to do. We had excuses everywhere before and now we don’t have excuses. We’ve got guys that say, “Okay coach’. And they try to do what we ask them to do.”

Just eight players entered the game in Lubbock for the Mountaineers, due in large part to Taz Sherman being unable to play with a groin injury. Derek Culver sat for ten consecutive minutes after picking up his fourth foul at the 15-minute mark of the second half. Gabe Osabuohien also picked up a fourth foul shortly after Culver had to sit. Fairmont Senior graduate Jalen Bridges played a career-high 30 minutes, scoring 9 points and grabbing 6 rebounds.

“We didn’t think both of our bigs were really going to get in foul trouble like that. But J.B. and Emmitt (Matthews) are big guys too. They boxed out when they needed to box out and get boards. They did great,” McBride said.

“I thought Jordan (McCabe) gave us good minutes and made some shots for us,” Huggins said. “Everybody talks about a great team win. Sometimes you look at that and say, ‘You have to be kidding me. Some of those guys sucked’. But we were good. What Gabe did defensively at the end of the game, which he always does, he single-handedly cut off their penetration. He did a great job. J.B. did a great job. I am as pleased as I can be with how we played.”

Sean McNeil played his best game Tuesday night since dropping 24 points on Kansas back in December. Against the Red Raiders, McNeil netted a career-high 26 points. He was 8-for-11 from the floor and 5-for-7 from beyond the arc in his best three-point shooting performance of his season.

The junior guard has scored in double-digits in four of the last five games, and he is averaging just over 15 points per game during that stretch. Nearly 60 percent of his made field goals are from three-point range this season but McNeil is trying to expand his repertoire by getting to the basket.

“I did it a lot in JUCO. And when I got here, I just kind of got labeled as a shooter. First-year jitters last year. All I kind of did was shoot. I didn’t do a whole lot off the bounce. This year, I am just playing a lot more relaxed. I knew I had it in my arsenal. It is just confidence,” McNeil said.

After going just 2-for-6 from the free throw line in WVU’s first victory over Texas Tech on January 25, Derek Culver has made significant improvements at the charity stripe. Starting with a 14-for-17 effort against Florida, Culver has gone 27-for-35 (77%) over the last four games. Prior to the Florida game, he was connecting on just 54 percent of his attempts.

“He’s got one of the great instructors in all of basketball helping him. That’s me,” Huggins said. “He has worked at it. We got his alignment straightened out. It is neuromuscular integration. You have to do it. You can’t just go to sleep and say, ‘I changed my shot, I know what I have to do now’. You’ve got to work at it. And he has worked at it.”