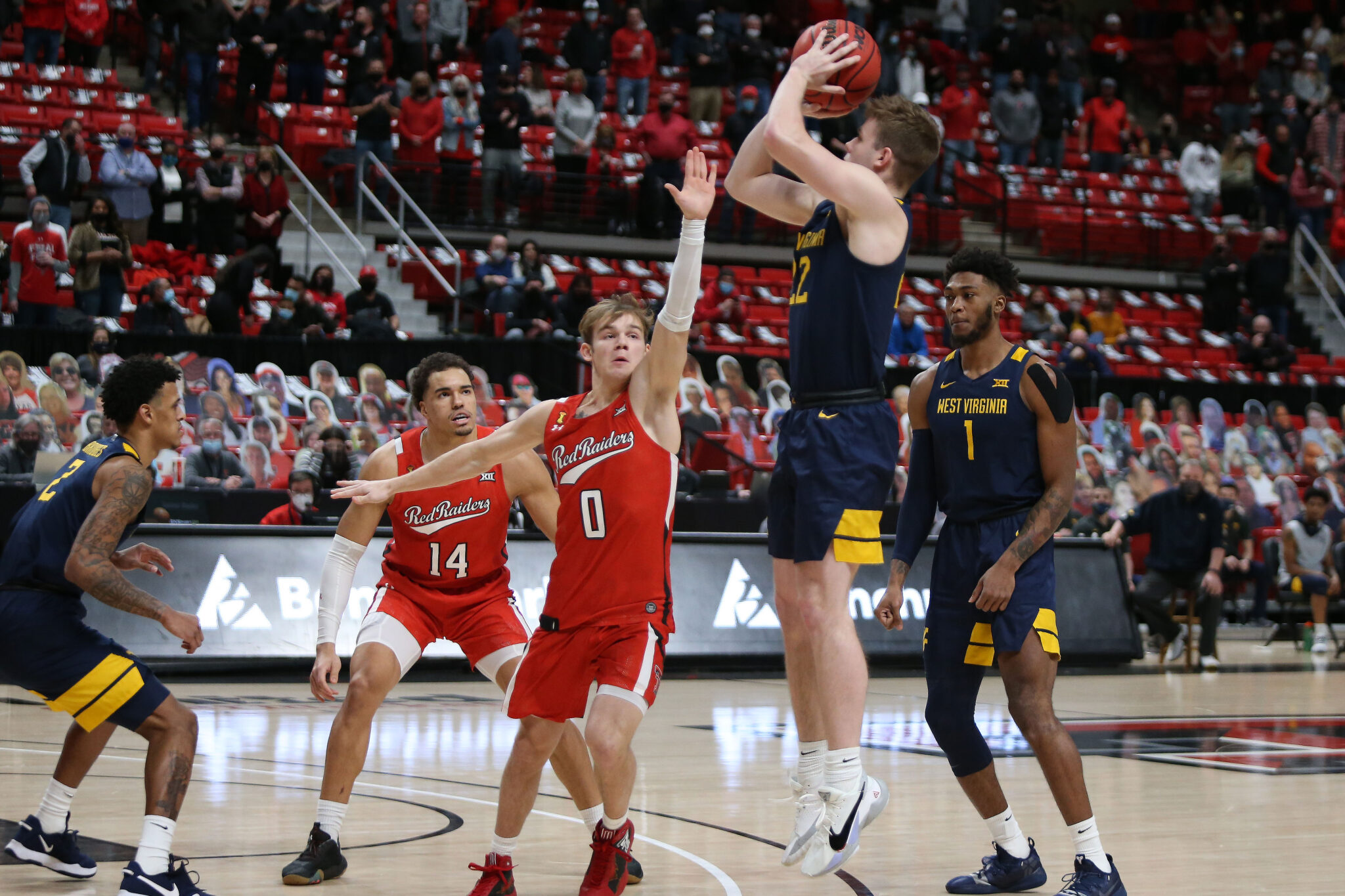 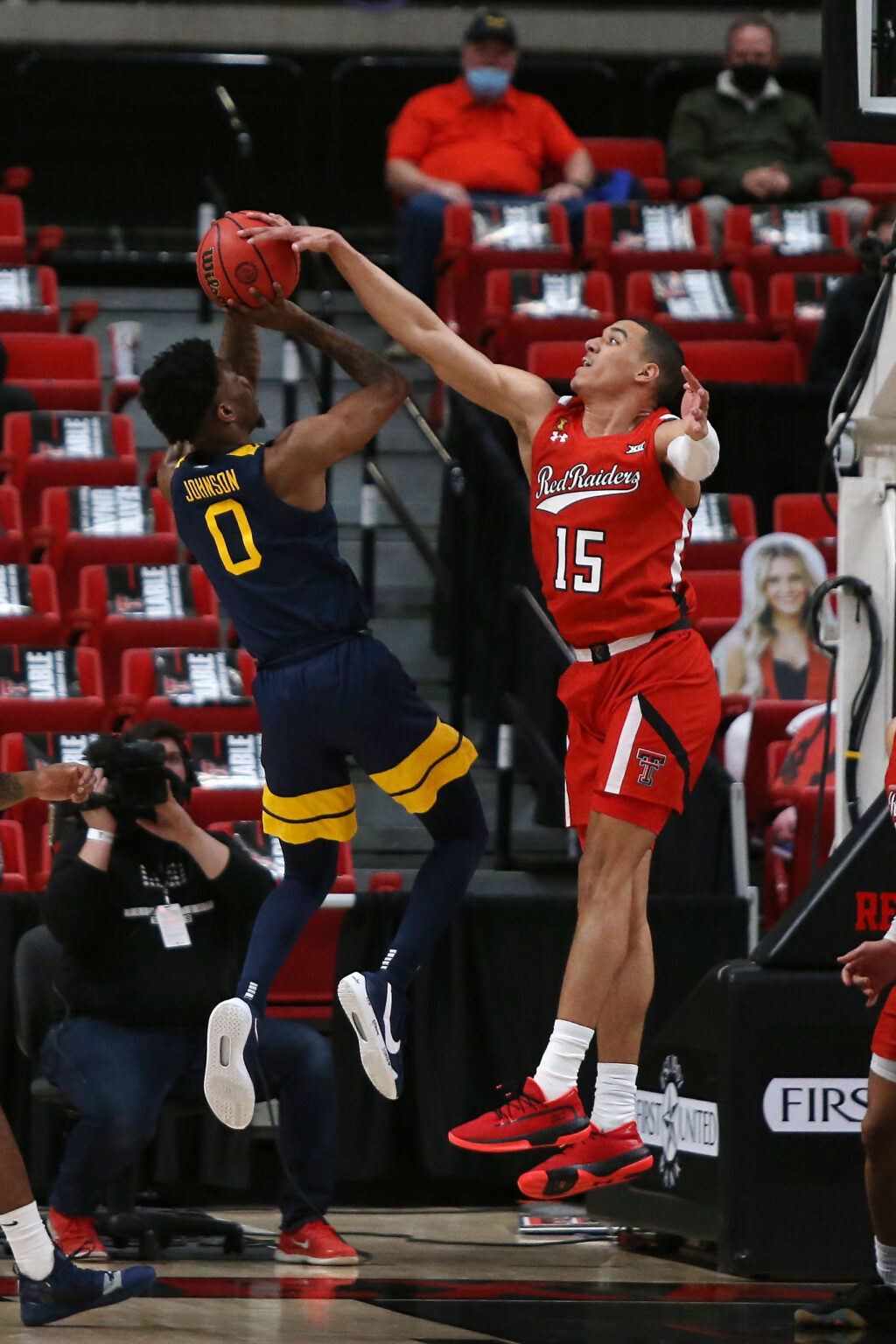 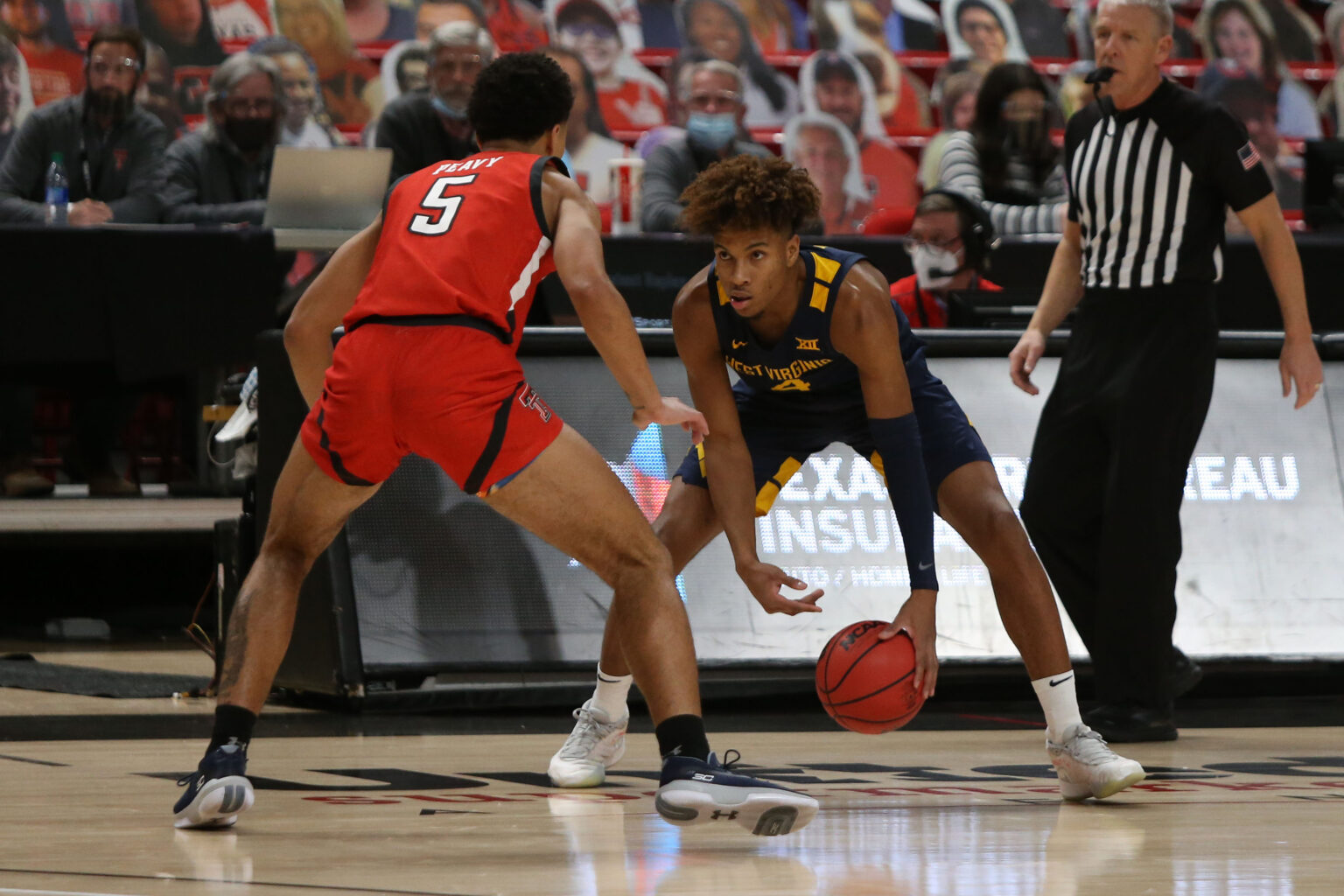 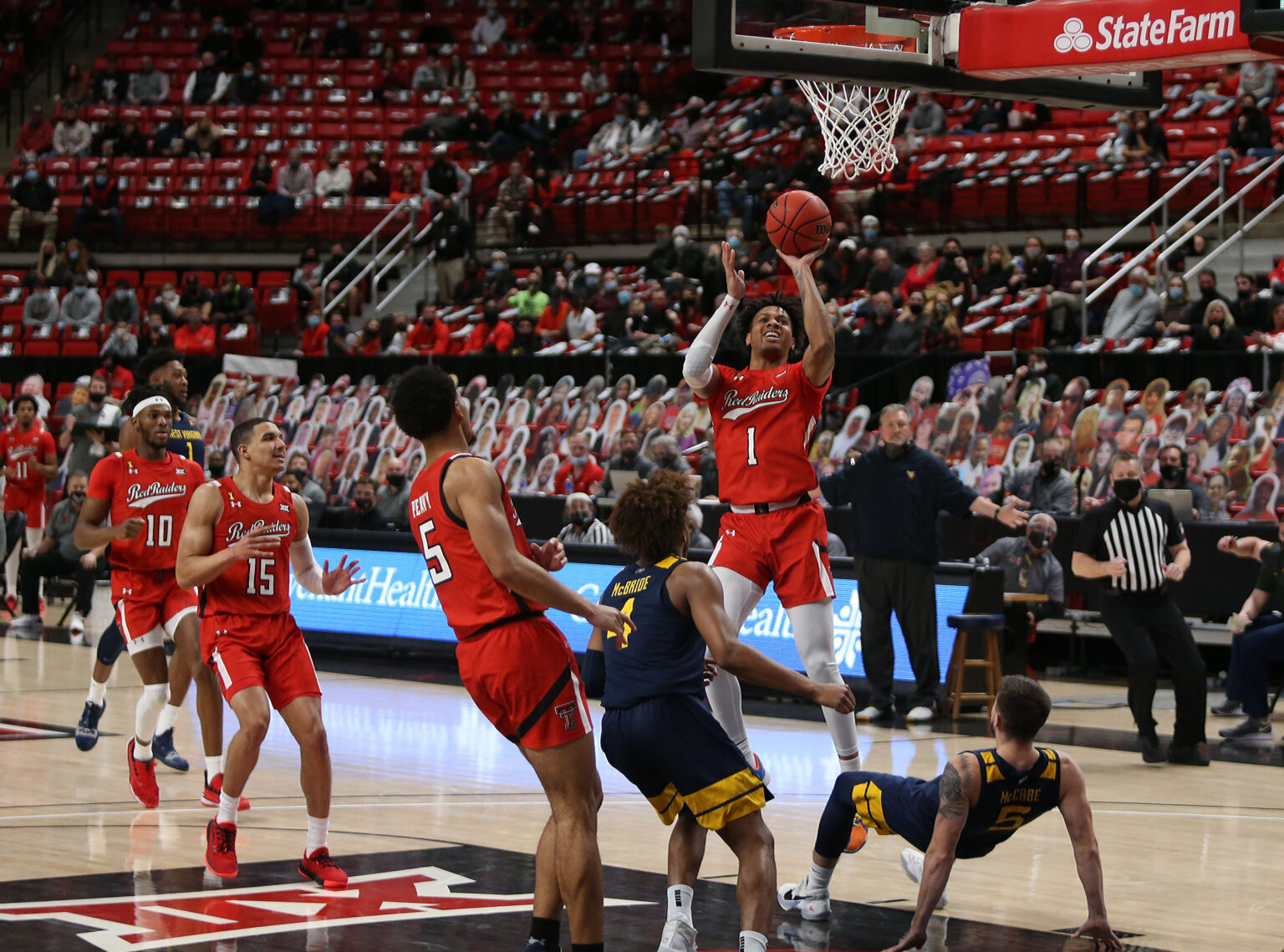 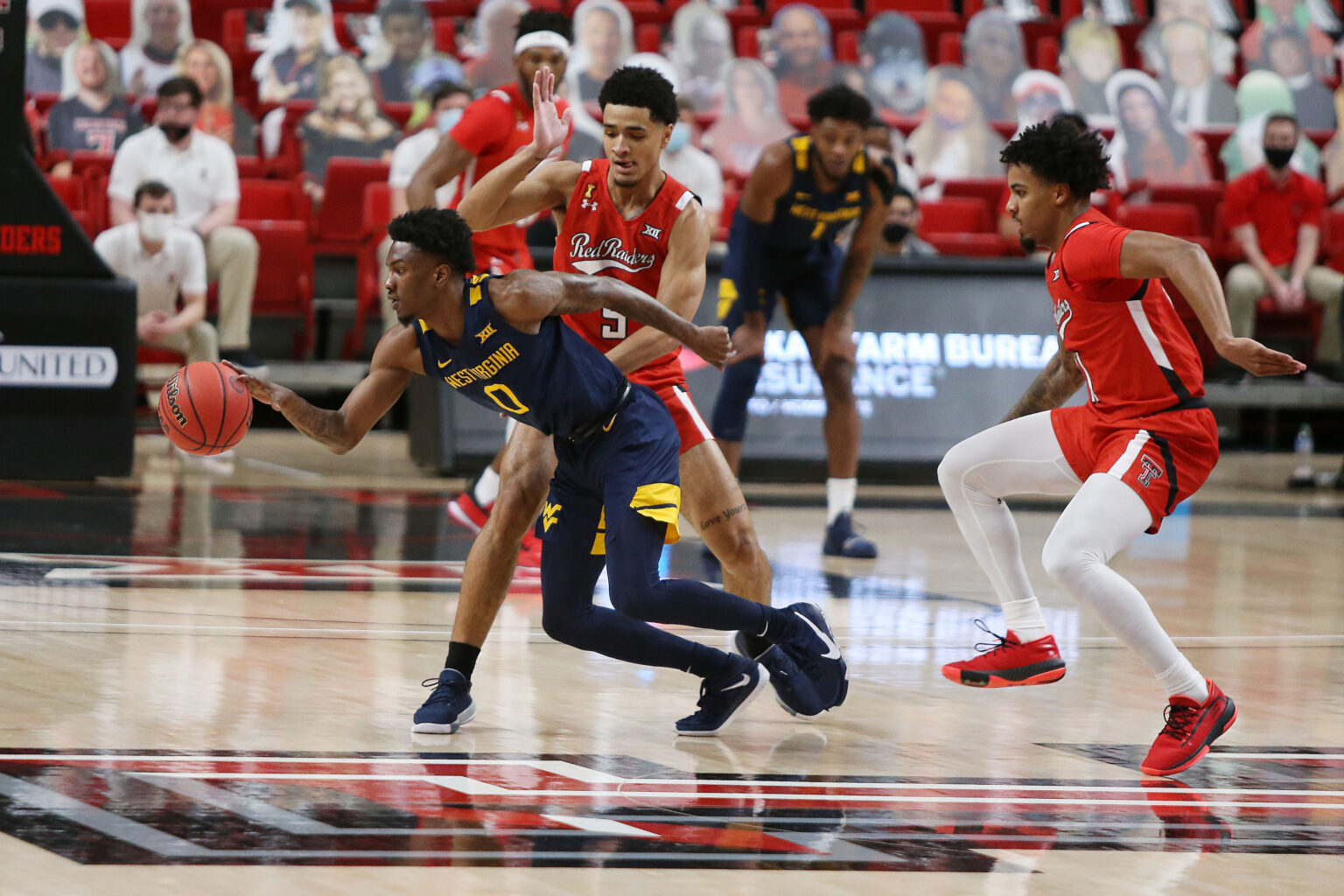 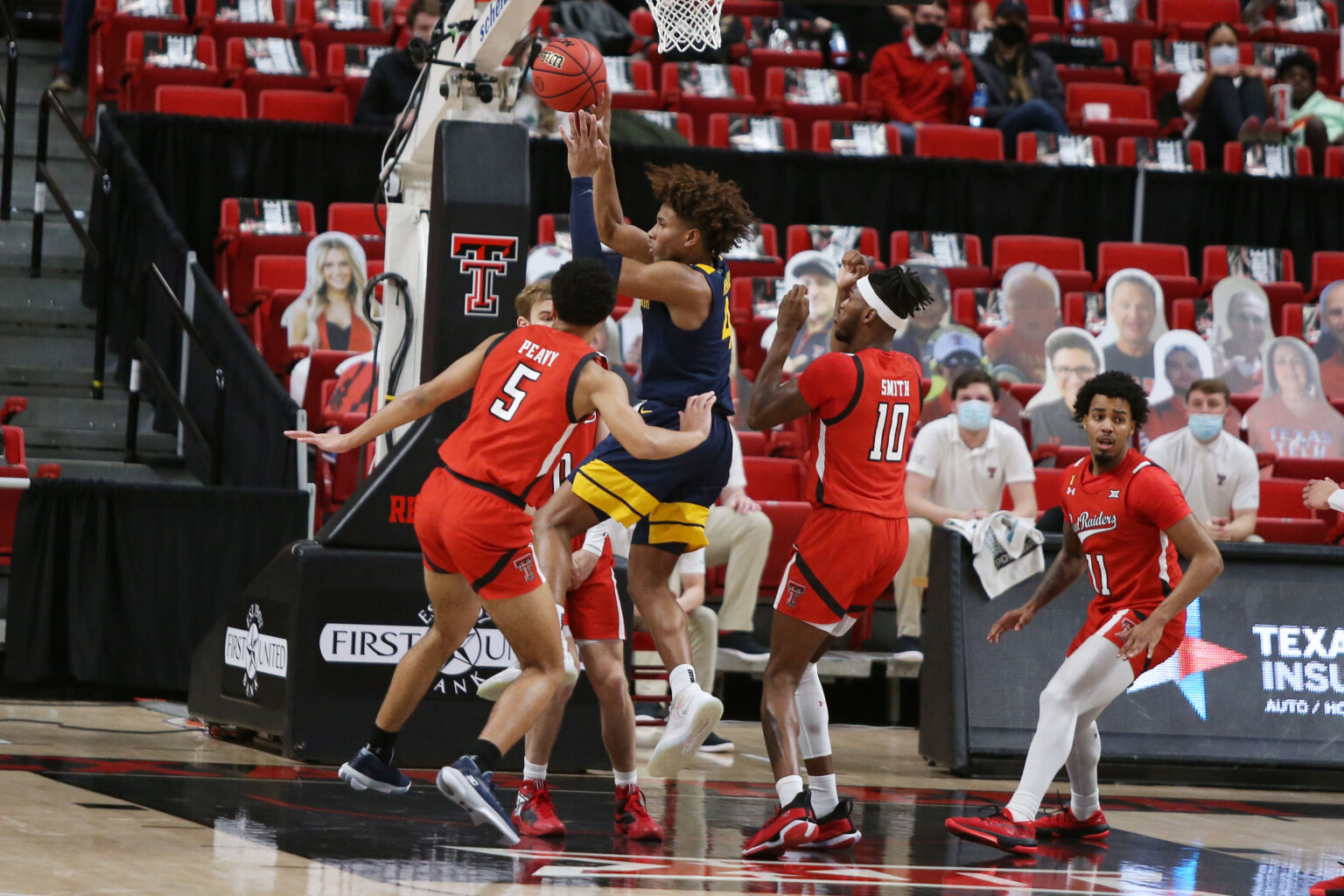 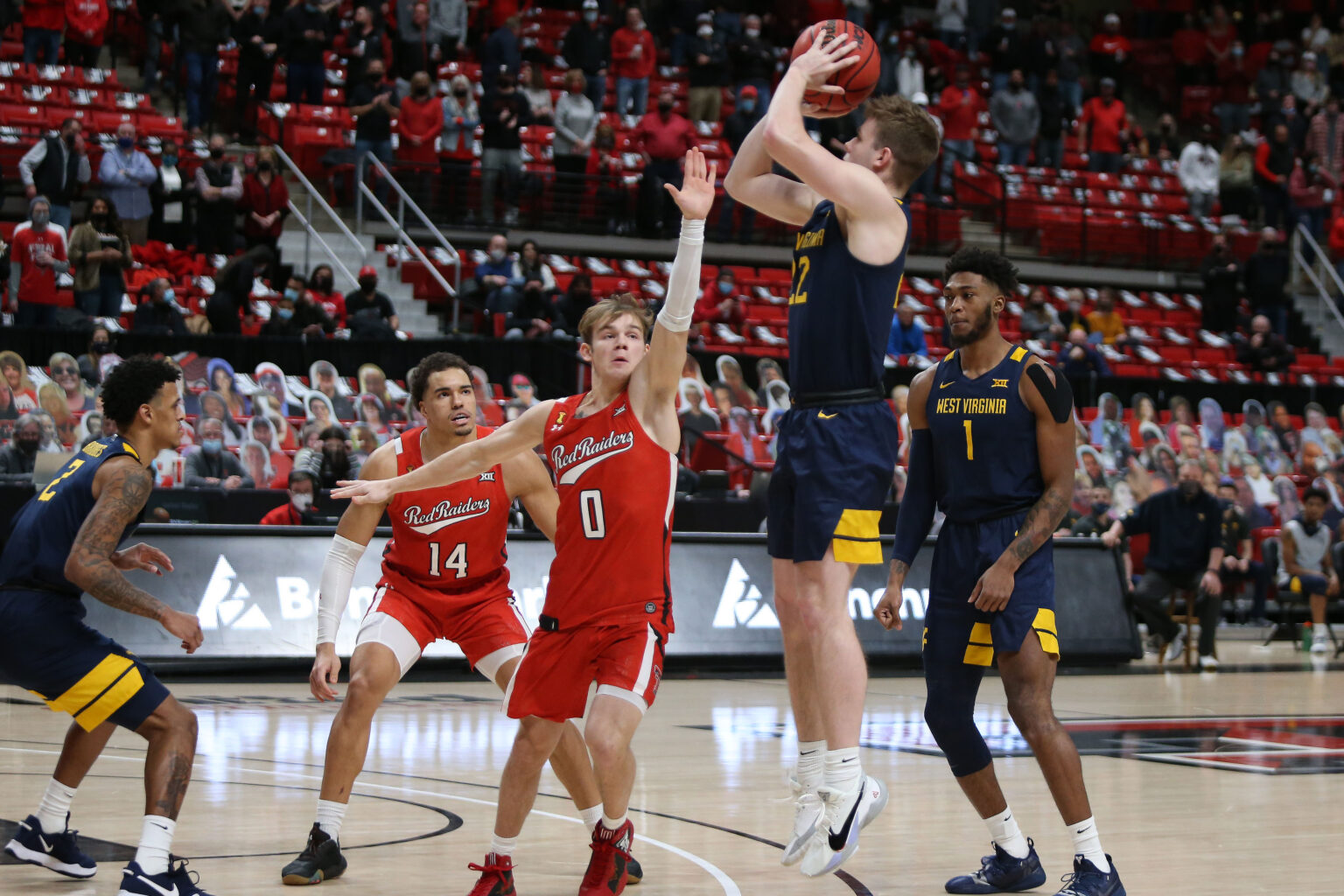 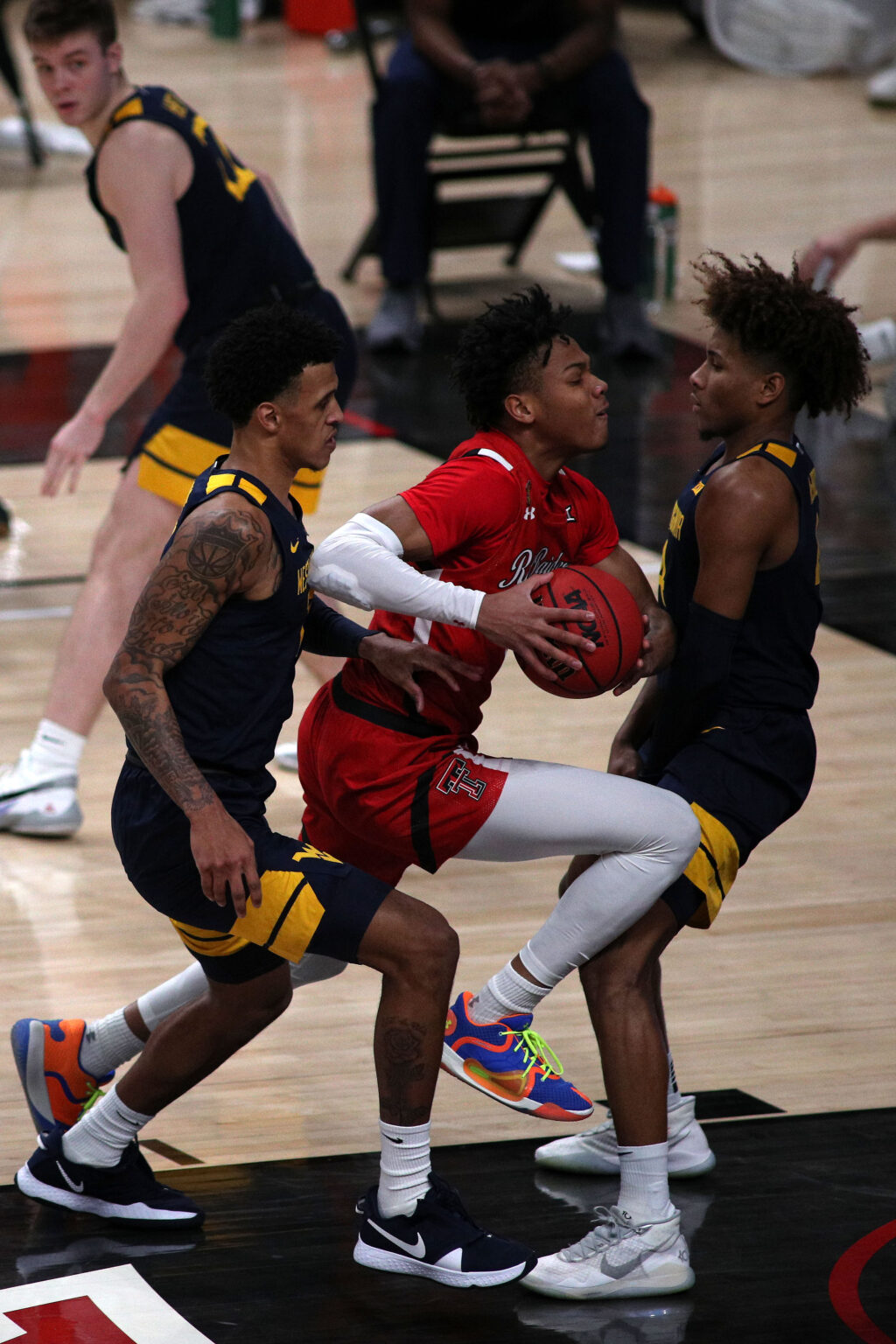 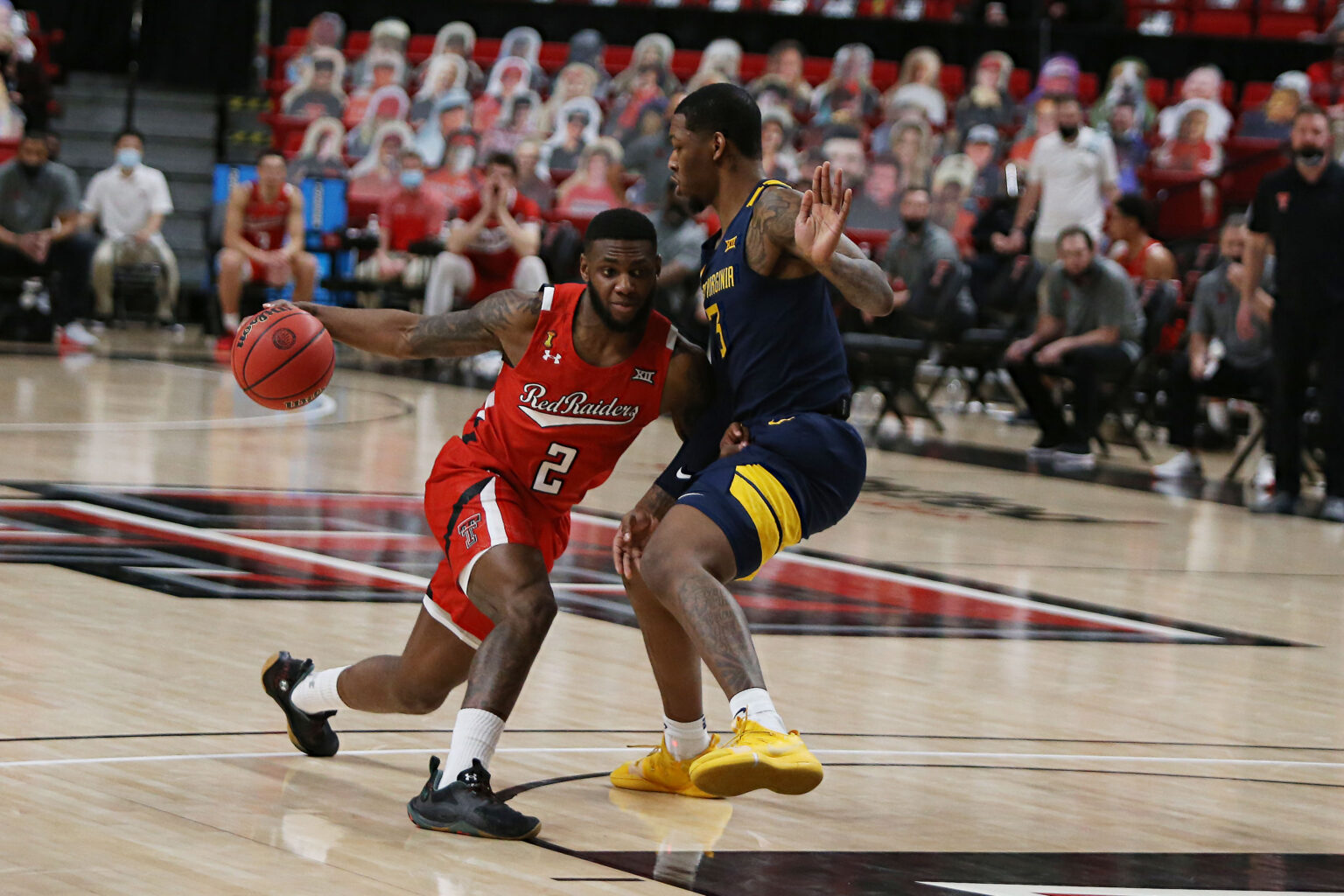 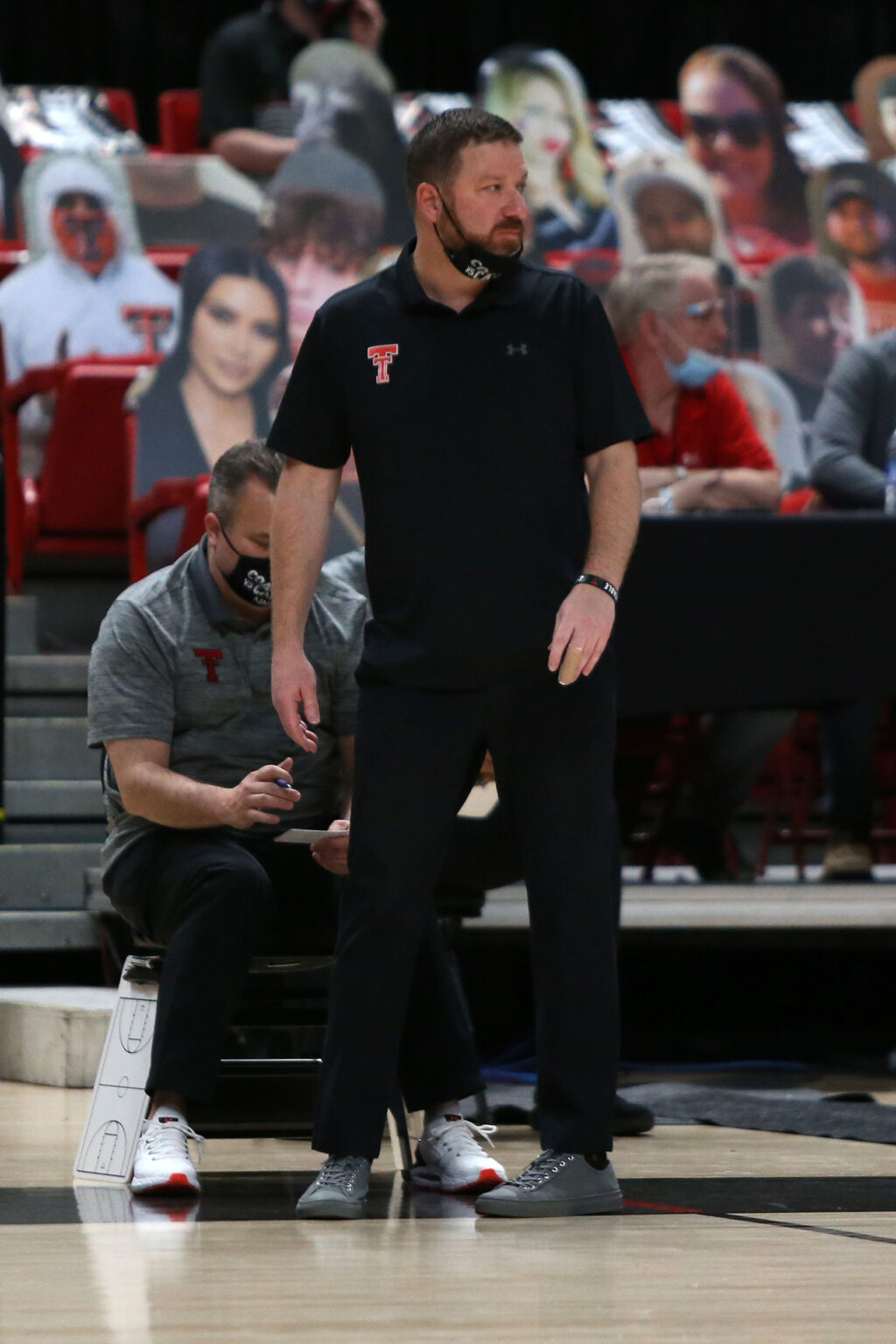 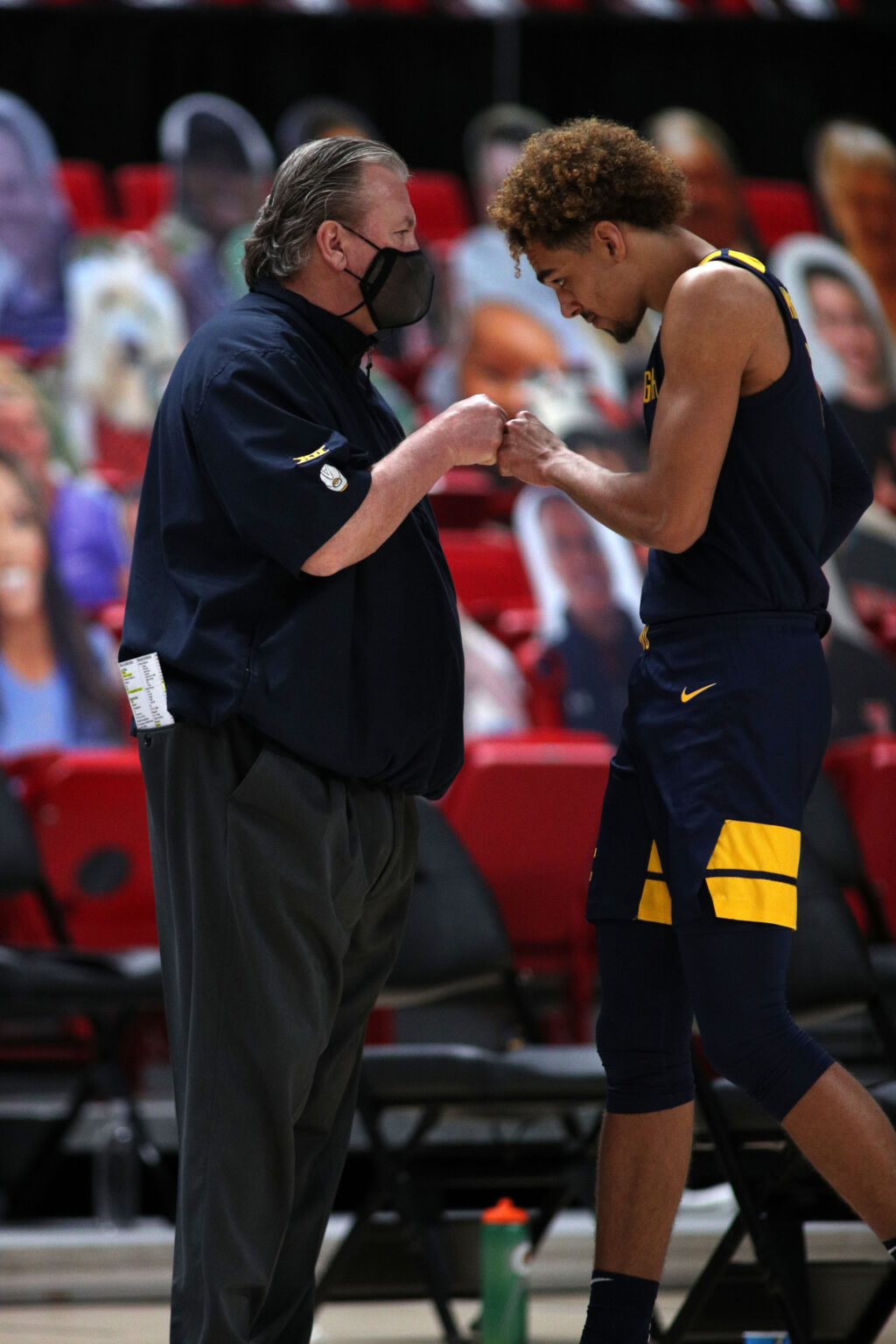 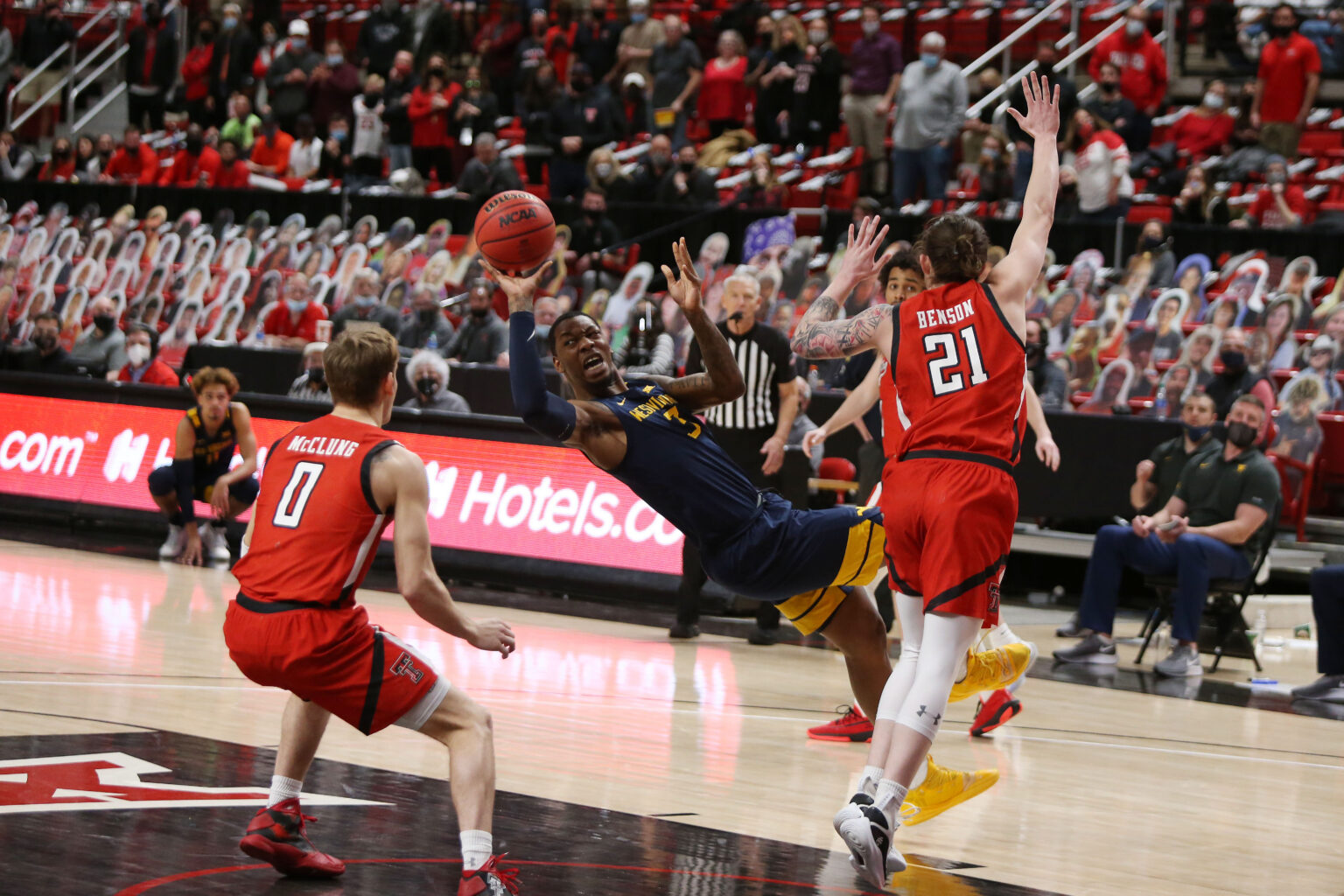 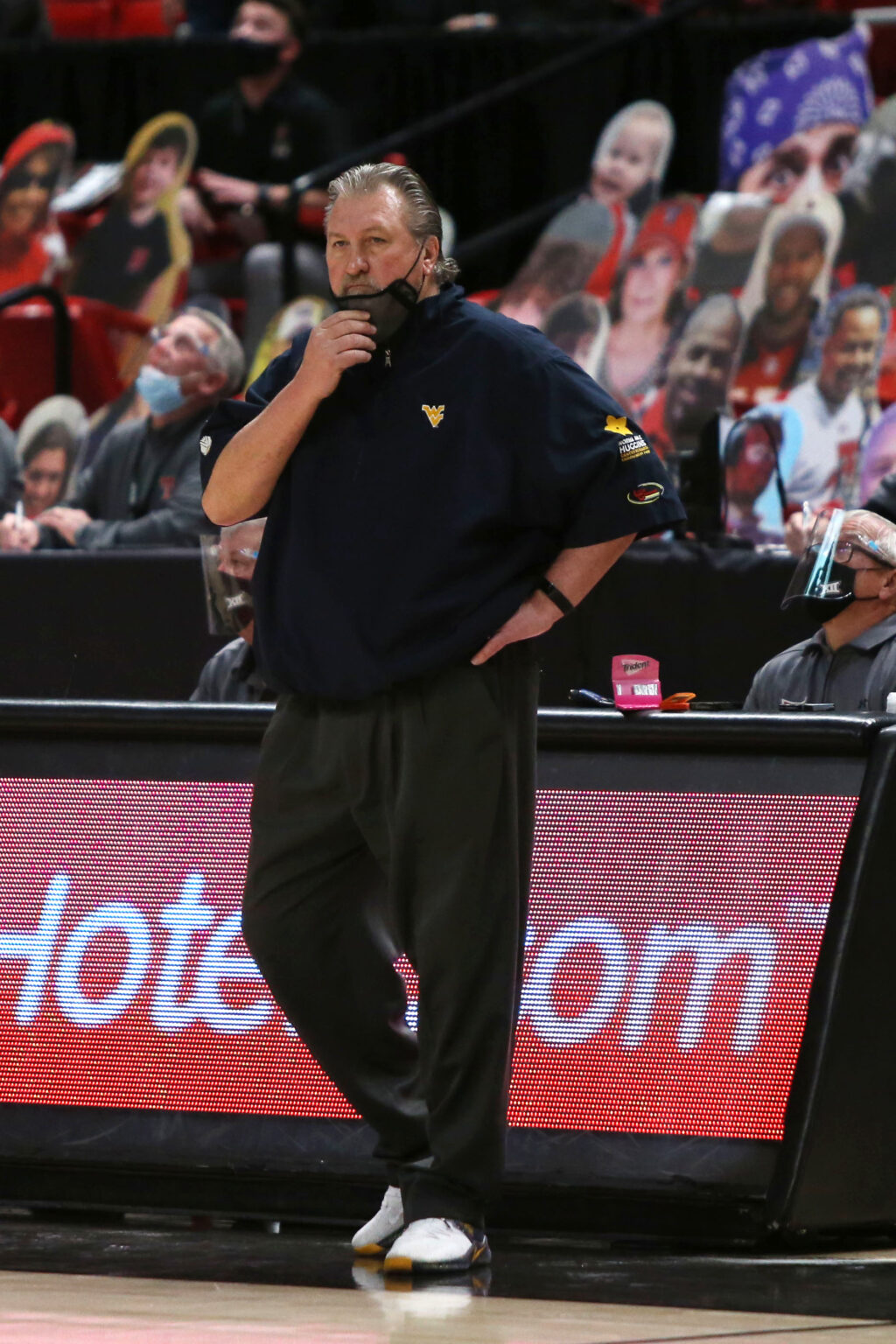 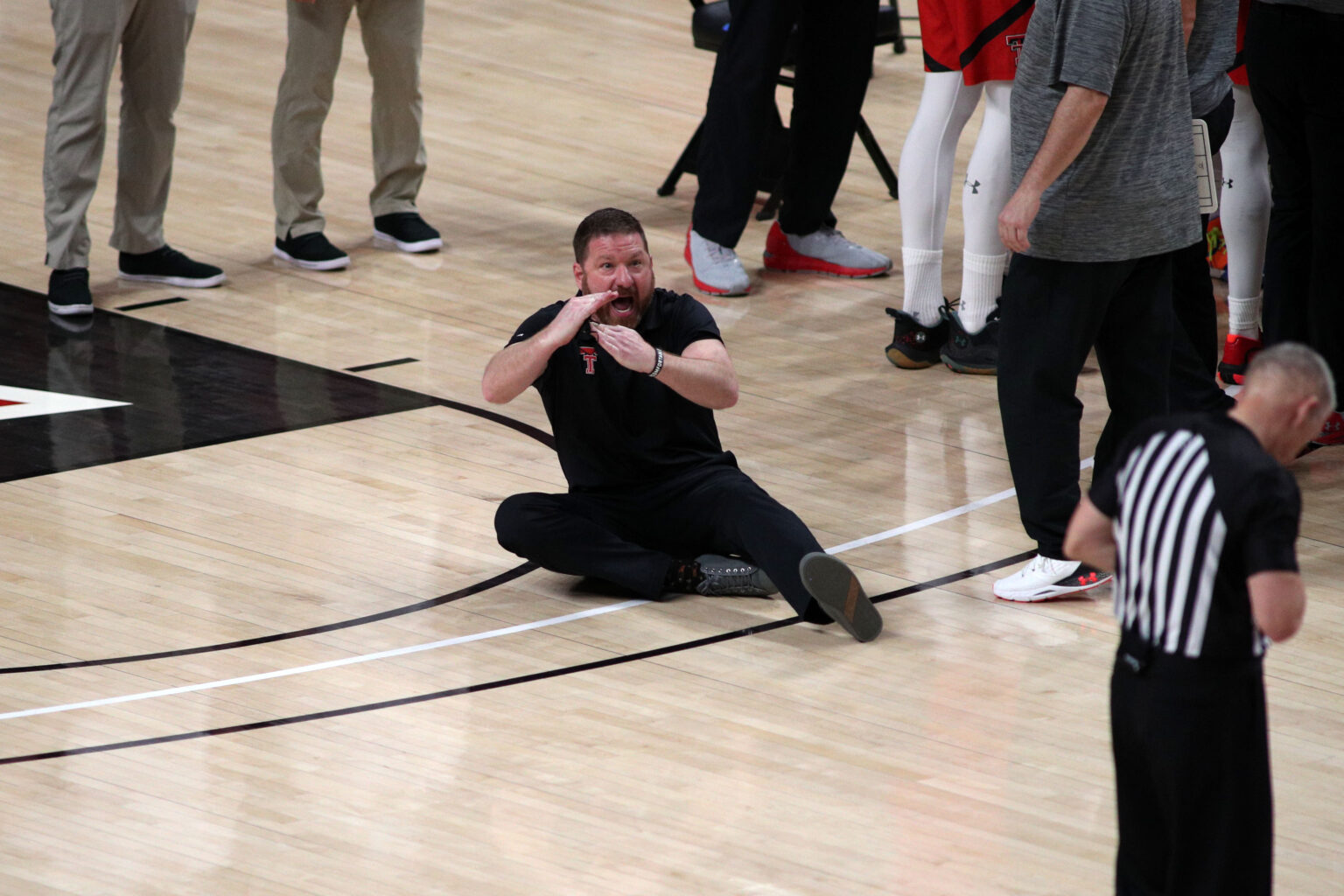 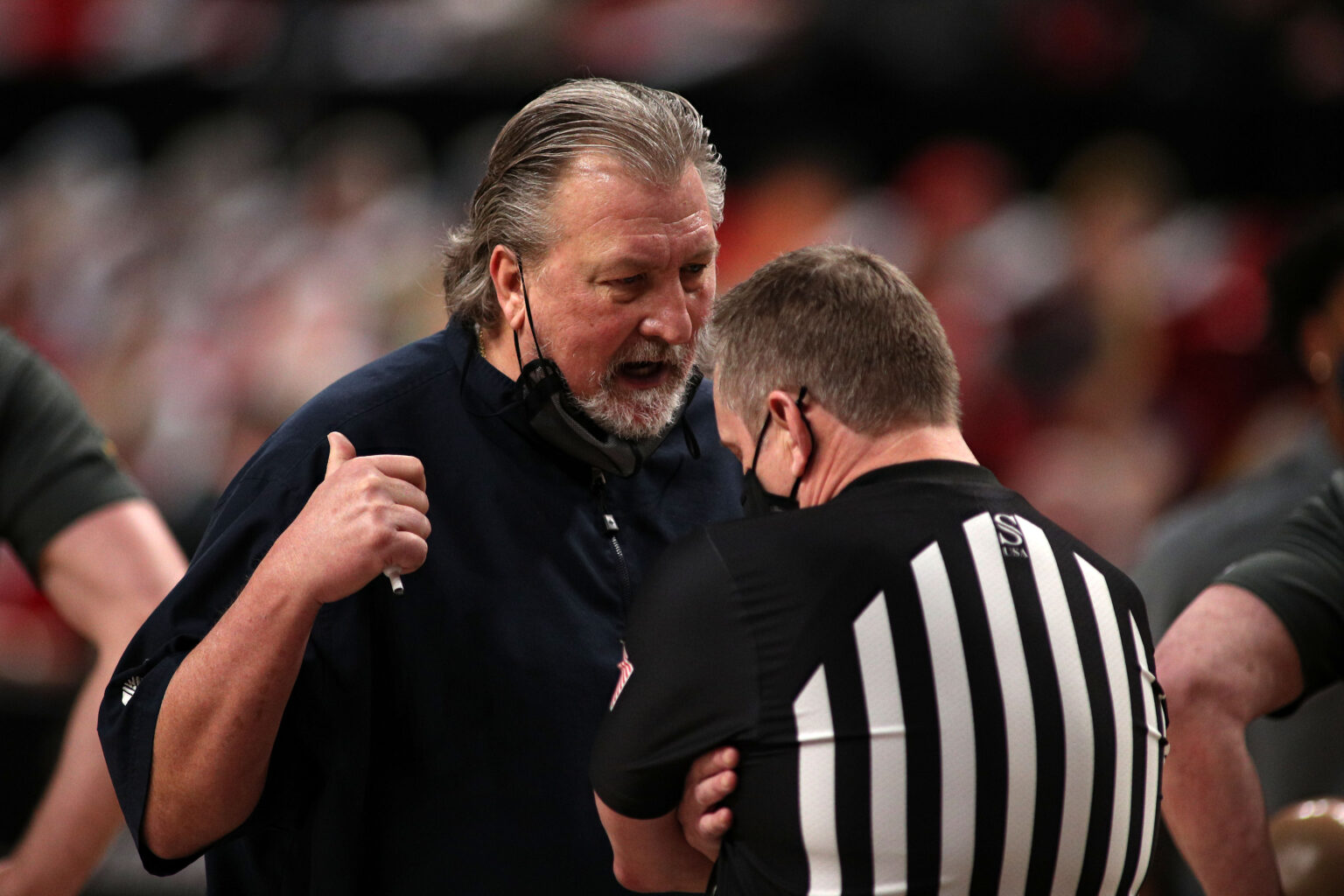 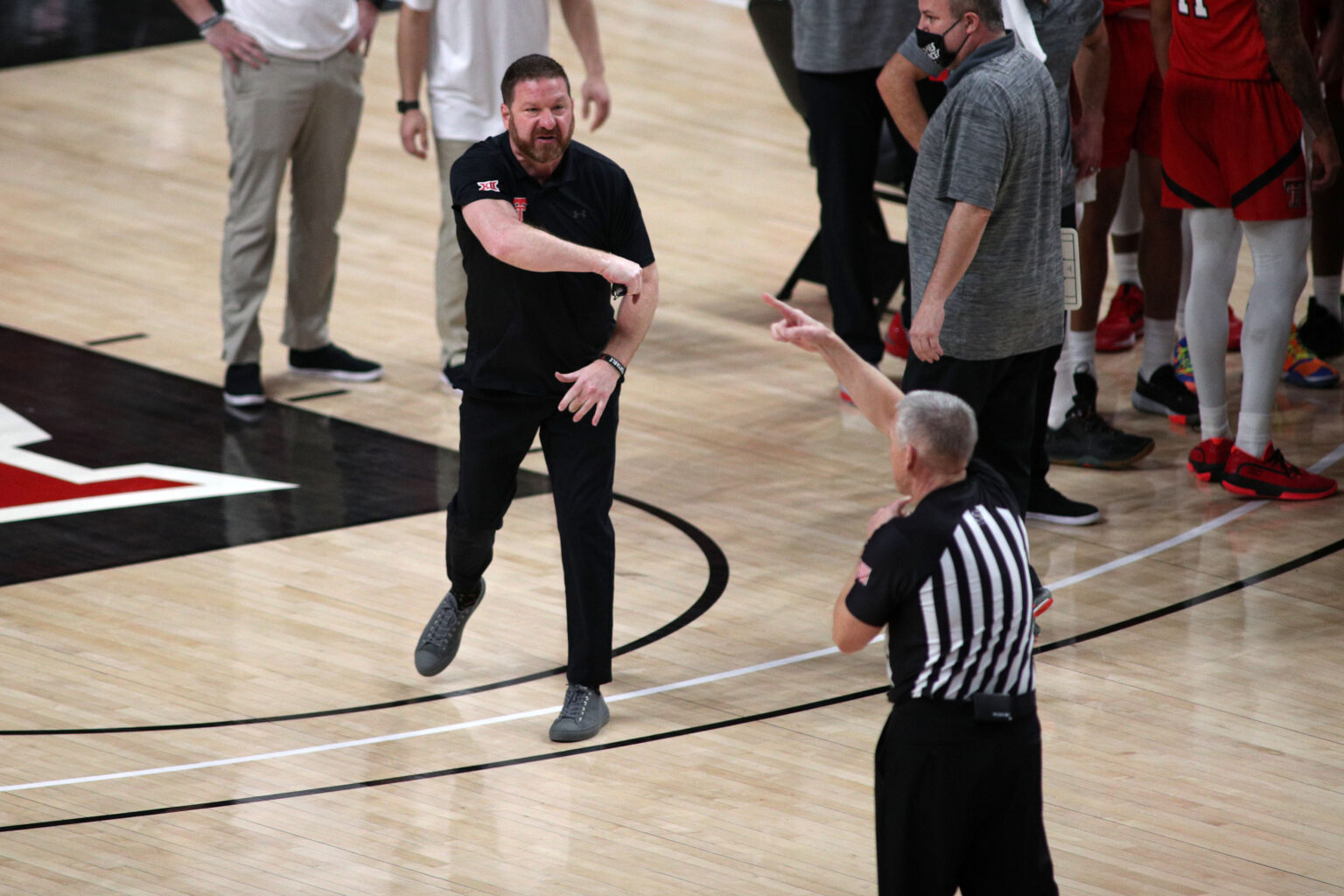 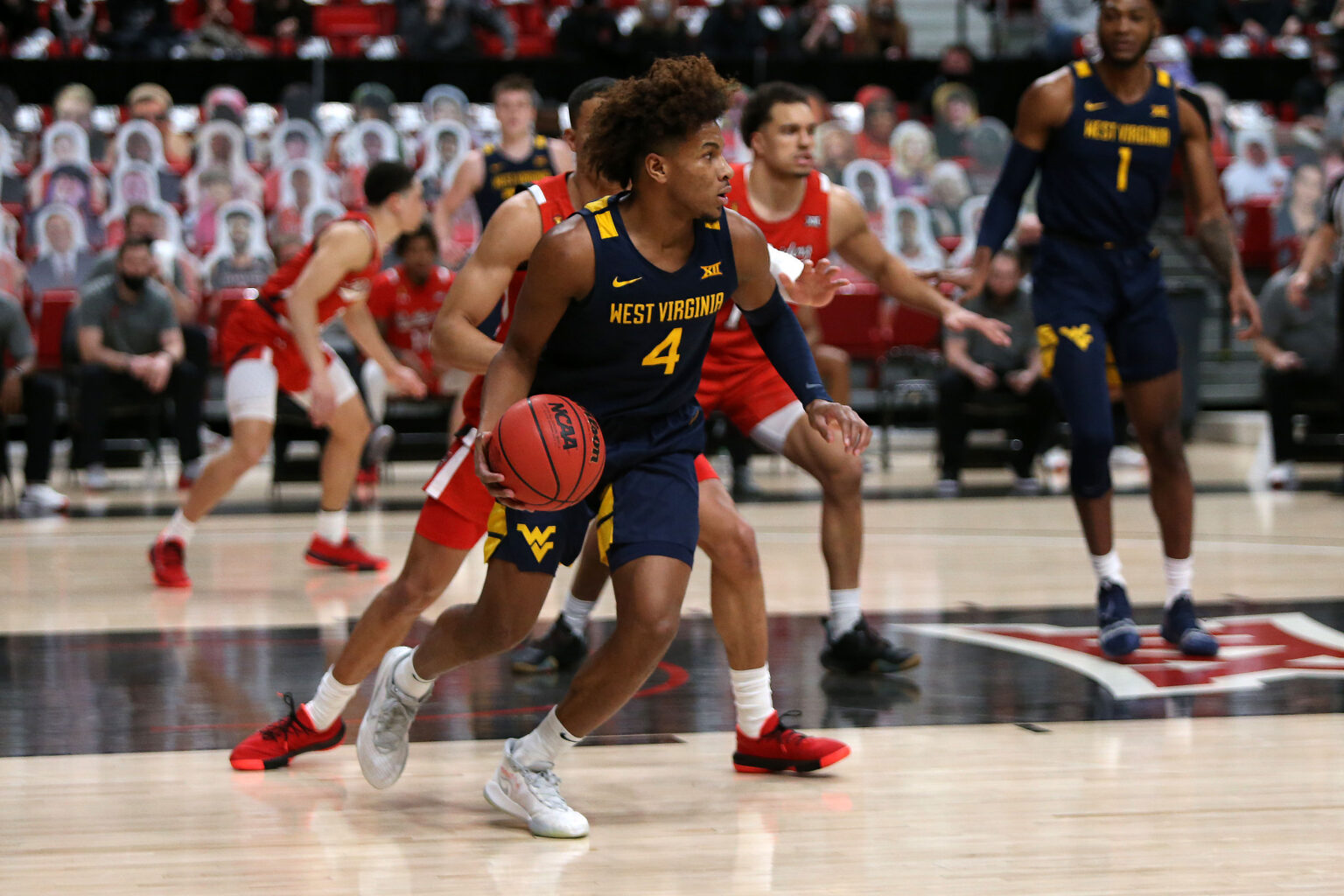 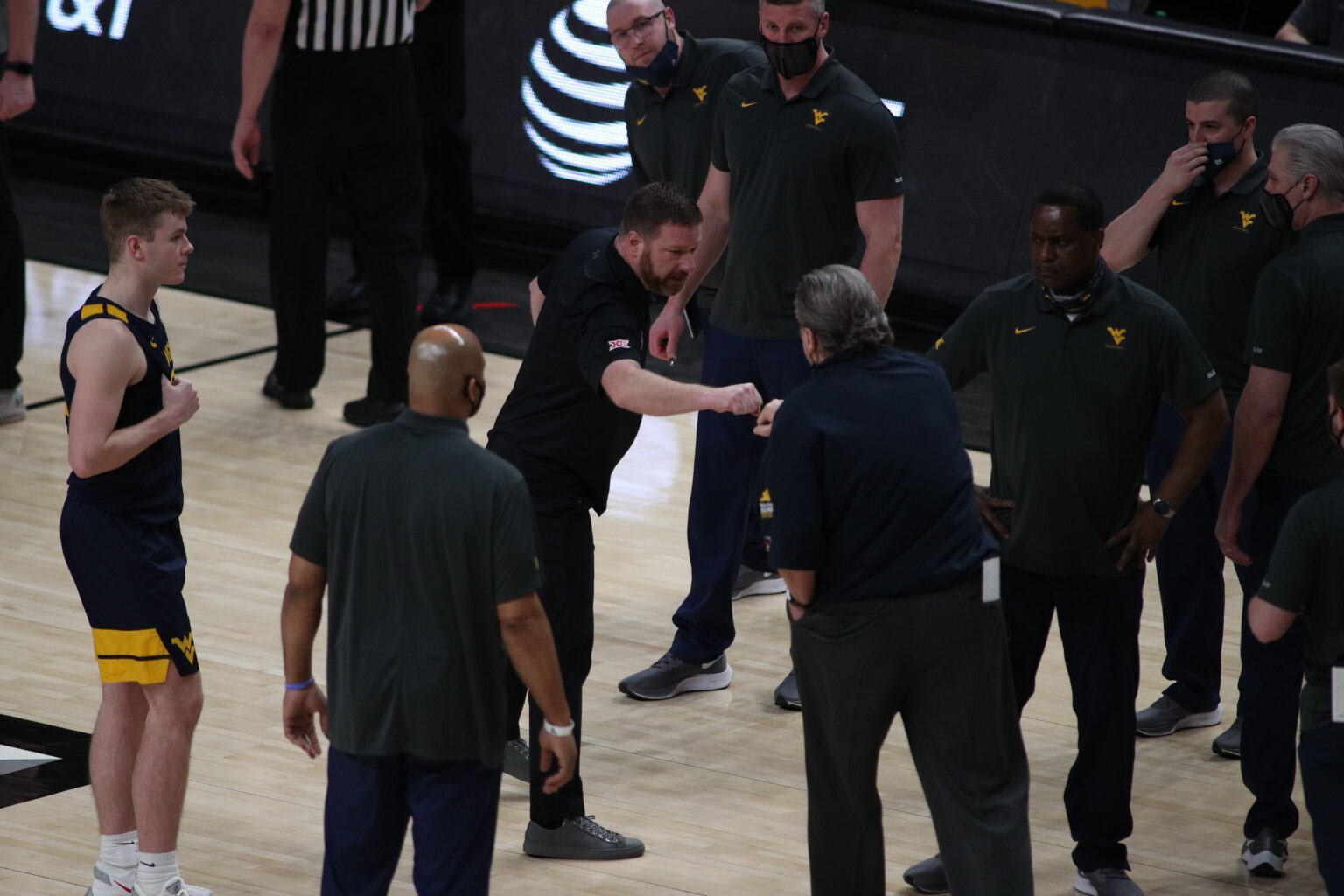 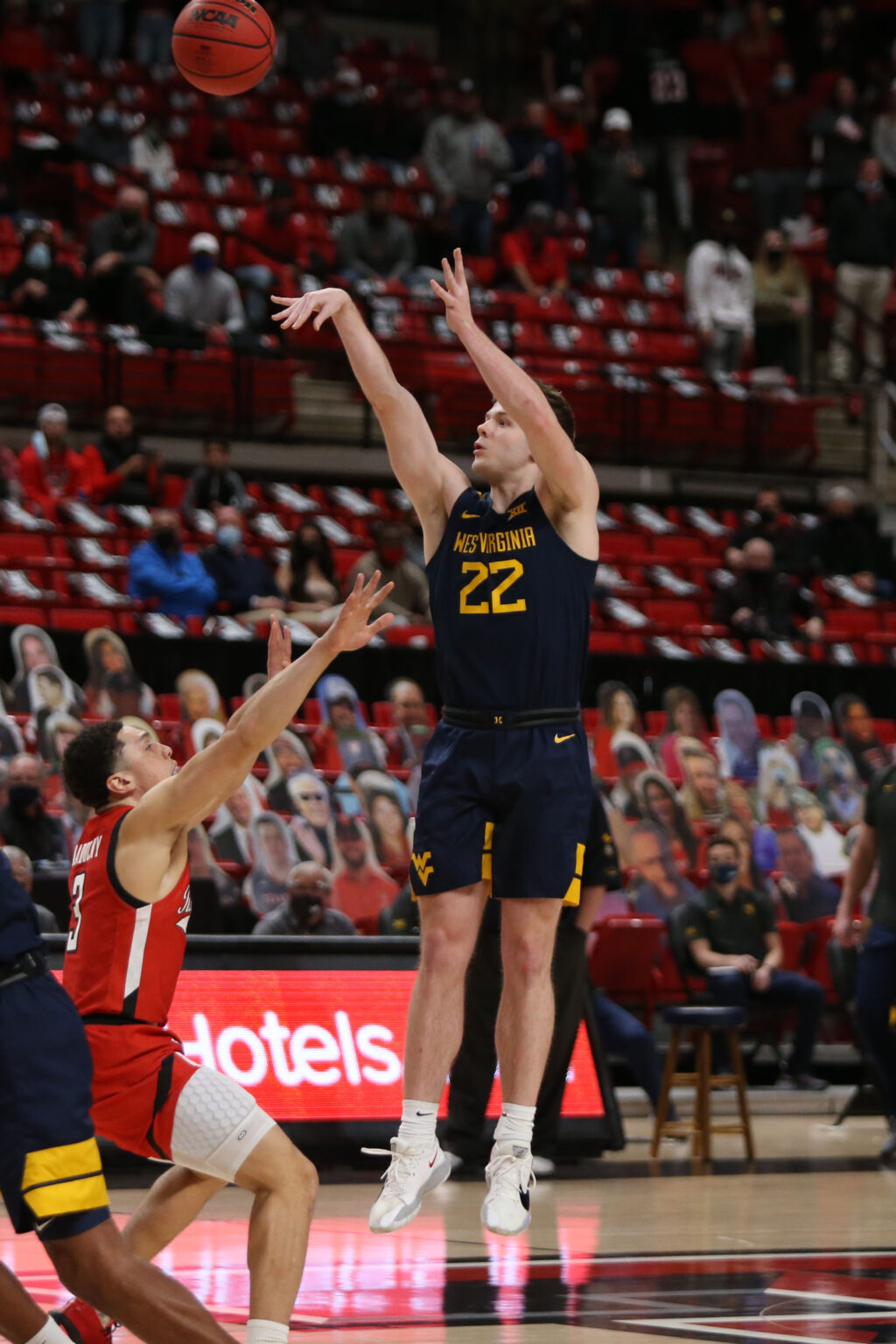 MORGANTOWN, W.Va. — Playing without their third-leading scorer due to injury and with a pair of forwards saddled with second-half foul trouble, No. 14 West Virginia found a way to sweep the regular season series with No. 7 Texas Tech, 82-71 Tuesday night at United Supermarkets Arena.

The Mountaineers won their fifth consecutive Big 12 game, and they held on to sole possession of second place in the conference by defeating the Red Raiders for the second time in 15 days.

“You think about the combinations we had out there and they just fought their way through it,” said WVU head coach Bob Huggins.

“We really banded together as a team tonight,” said WVU guard Deuce McBride. “Things got really hard out there and we only got stronger. We came together and got the job done. Guys made plays that needed to make plays at the right time.”

Both teams made sizable runs in the early part of the first half. WVU needed just over three minutes to jump out to a 13-5 lead. Pressed into the starting lineup due to a groin injury suffered by Taz Sherman, Sean McNeil scored 5 quick points before the first media timeout. He made his first 5 shots from the floor and scored 15 points in the first half.

Texas Tech responded with a 12-1 run, give the Red Raiders a 22-19 lead. The Mountaineers would answer with a 10-4 run late in the half, giving them a 40-34 lead at the break. Derek Culver had 12 points and 6 rebounds at halftime.

West Virginia extended their lead to eight points three minutes into the half, 47-39. Minutes later however, Culver picked up two quick fouls, giving him four in the game. He sat down with 15 minutes left to play with Tech within a basket at 49-47. Gabe Osabuohien would later pick up his fourth personal foul at the 9:05 mark.

Tech wrestled the lead away with 8:30 to play on a runner in the lane from Mac McClung, giving the Raiders a 58-57 edge. It was their first lead since the 6:40 mark in the first half. West Virginia however would get 3-pointers from McBride and Fairmont native Jalen Bridges on back-to-back possessions. The Mountaineers led 63-60 with seven minutes to play.

Leading by two with four minutes left, McNeil hit a contested, off-balance 3-pointer with the shot clock expiring to give WVU a 68-63 lead at the final media timeout.

A 3-point play by Culver gave WVU a 71-64 lead with 3:20 remaining. Tech scored the next five points, creeping within a bucket at 71-69 with 1:50 to play. The Mountaineers would not allow another field goal and they scored 11 more points from the foul line to seal the win.

Culver re-entered the game at the 5:04 mark and the Mountaineers played even in the ten minutes he was on the bench.

“I thought our bench was really good tonight,” Huggins said. “We will keep putting them out there as long as they produce.”

“The big thing is seeing the first shot go in,” McNeil said. “I felt really good and my body felt really good. I was just excited to play. We knew this was a big game for us.”

“Anytime he is hitting his first couple shots, you know it is going to be a long game for the other guy guarding him. We see it everyday in practice and when he is playing with the confidence like that, that is ‘hot boy’ out there. He is hard to stop,” McBride said.

McBride scored 20 points and Culver added 15. Bridges scored 9 points and pulled down 6 rebounds. His 30 minutes played was a season-high.

McClung led Texas Tech with 17 points before fouling out in the final minute.

The Mountaineers are 6-3 (6-2 in Big 12) since Oscar Tshiebwe’s departure from the program.

“This is our team. This is West Virginia’s team. Seemingly every time you turn on the television they want to talk about who is not here rather than who is here. I think after a while, it gets on their nerves. That has been a motivation for them, to show that, hey, listen, we’re pretty good.”

“This year is so unique, and it has really tied our team closer,” McNeil said.