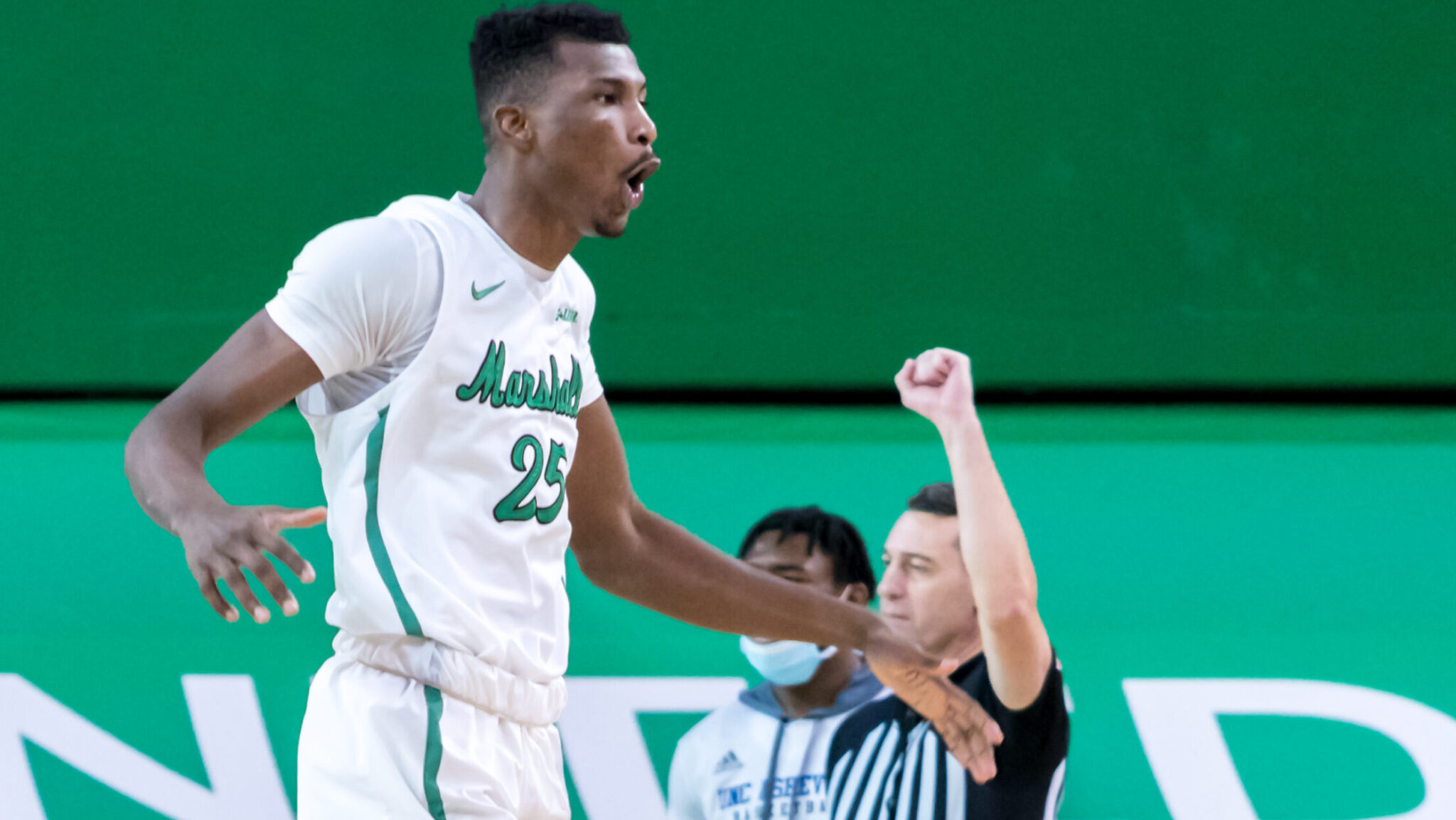 HUNTINGTON – The Thundering Herd returns to the Cam Henderson Center this weekend as the Herd for a pair of Conference USA games against Middle Tennessee State.

Game one is Friday night at 6, then the teams play again Saturday afternoon at 4. Both games will be shown on ESPN+.

Marshall (10-5, 4-4) is coming off a Conference USA series split last weekend at Old Dominion as the Herd lost to the Monarchs on Friday night 82-81, but rebounded on Saturday with an impressive 87-67 victory over ODU.

The Blue Raiders have an 11-7 series lead against Marshall, but the Herd has won the last four games in the series, including a 79-75 victory in Murfreesboro, Tennessee last season.

MTSU’s other league win came over FIU on January 8th. The Blue Raiders other wins came over Murray State and Covenant College. Ole Miss, coached by former Blue Raiders boss Kermit Davis, was among the non-conference teams with wins over Middle Tennessee.

Nick McDevitt is in his 3rd season as Blue Raiders head coach. He has a 24-55 record at MTSU.

Senior forward Jo’Vontae Millner-Criss leads MTSU on the boards with 5.7 rebounds per contest. Junior forward DeAndre Dishman chips in with 4.6 boards per game.

MTSU averages being outscored by opponents by 5.3 points per game. The Blue Raiders only shoot 38.8 percent from the field (31.1% on 3-pointers) and they hit just under 68% from the free throw line.

Middle Tennessee is outrebounded by opponents by just over a board per game. The Blue Raiders assist/turnover is poor, averaging 9.5 steals to 15.7 turnovers each game.

West still leads Marshall in steals and assists and he has a nearly 3-to-1 assists to turnover ratio.

Senior forward Jannson Williams is still the Herd’s top shot blocker at 31 this season. His next block will make him Marshall’s all-time leader with 183 blocks, breaking the record set by Hassan Whiteside in his lone season at Marshall (182 in 2009-2010).

After this weekend’s games, Marshall is on the road for the final time in Conference USA play this season, visiting surprising Rice next Friday and Saturday afternoons.