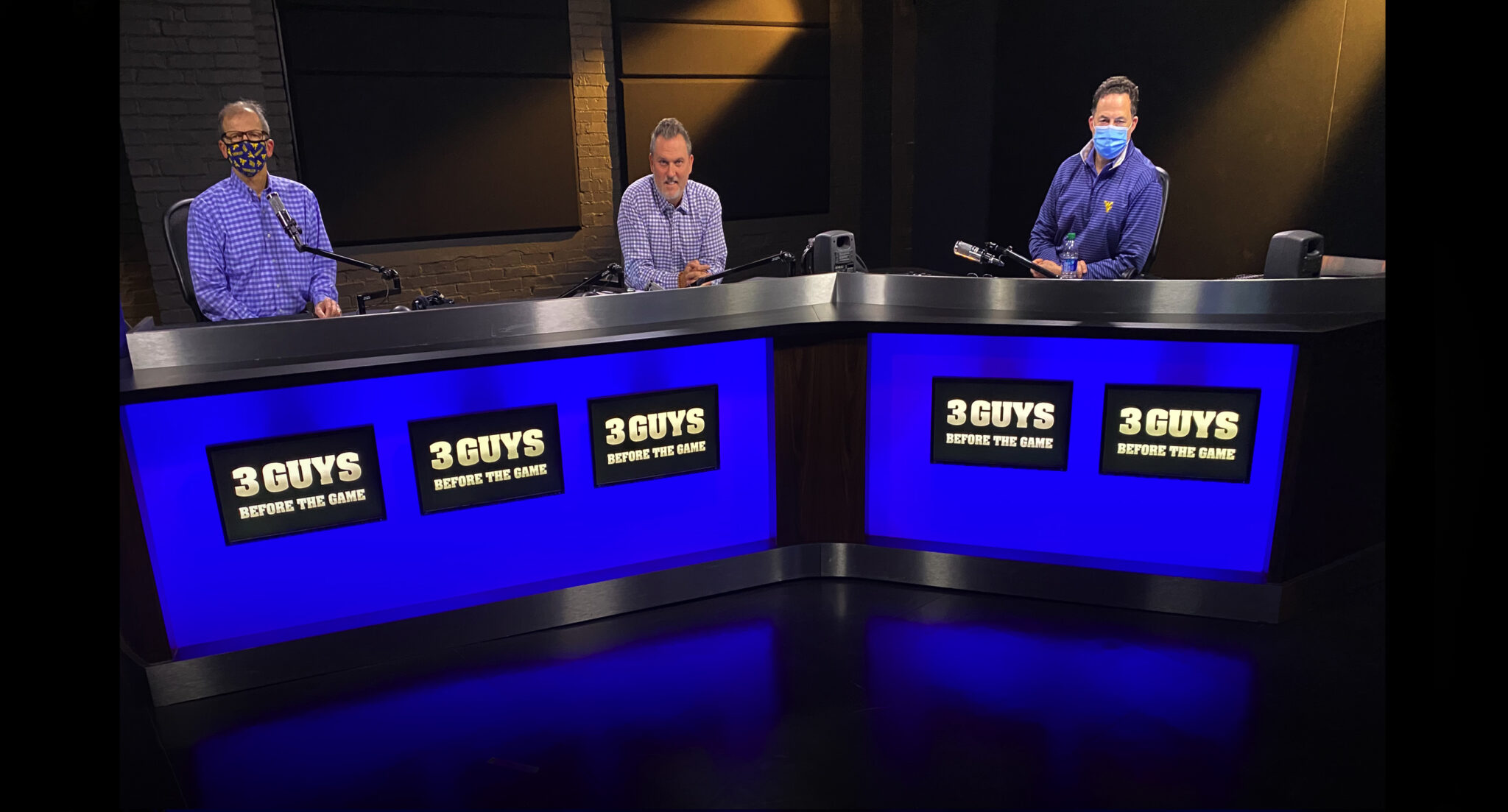 The Mountaineer basketball team has a special opportunity on Saturday.

A victory over No. 12 Oklahoma would give WVU three straight wins over nationally ranked teams.  The last time a Mountaineer did that was in 1957 when Jerry West guided West Virginia to consecutive victories over No. 19 Richmond, No. 5 Kentucky and No. 1 North Carolina.

Can the new-look Mountaineers beat the Sooners?  The “Guys” breakdown the matchup and give their take on the keys to victory.  They also look back at the win over Texas Tech and spend some time on the just-released WVU football schedule.

Listener questions round out the show. Join the crew Monday for their weekend recap.

Three Guys Before The Game is brought to you by Mardis Gras Casino and Resort, Wheeling Island Hotel-Casino-Racetrack and Burdette Camping Center. Look super cool by wearing Three Guys merchandise.