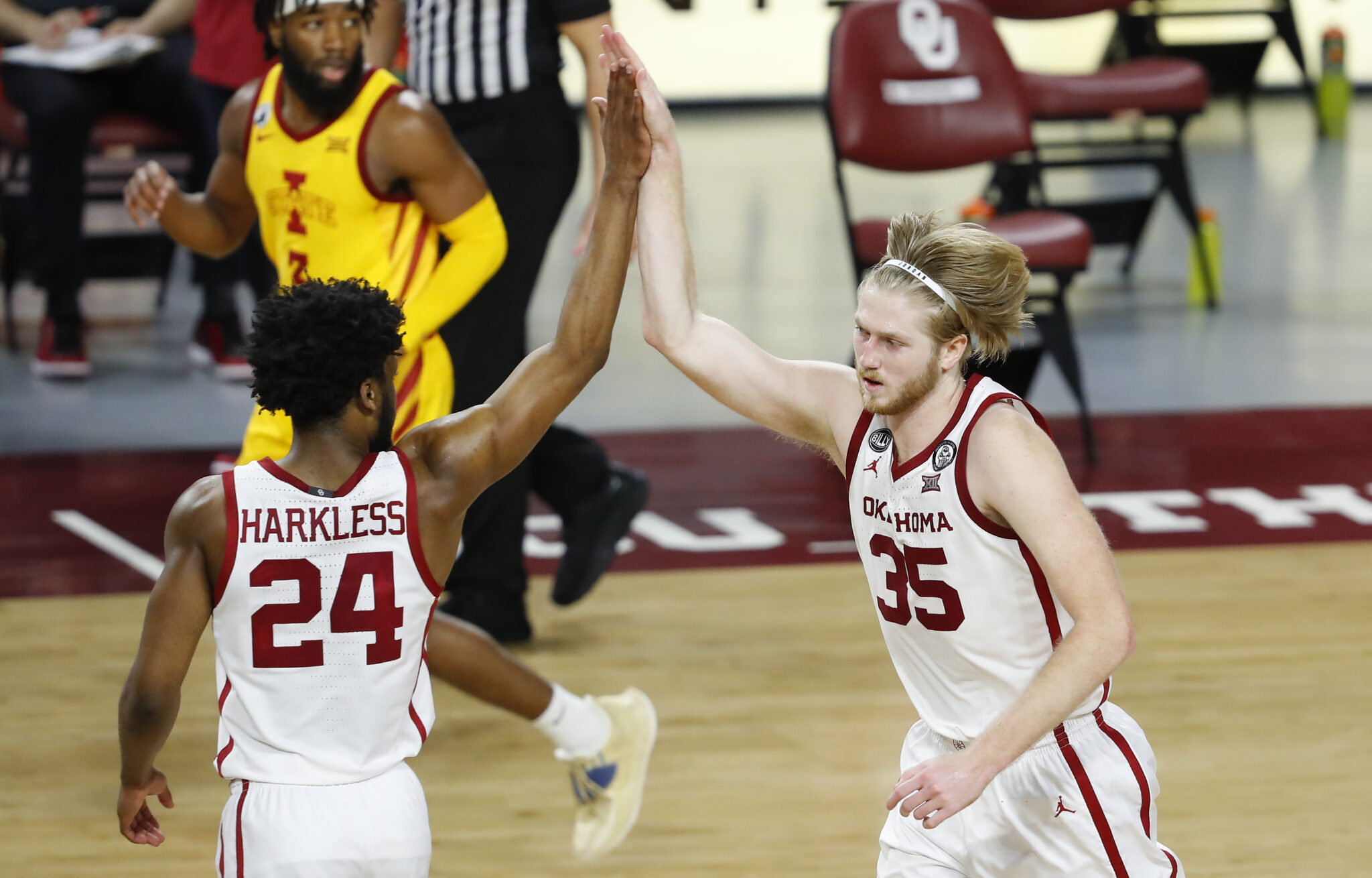 MORGANTOWN, W.Va. — West Virginia is seeking their third win over a ranked team in eight days as they welcome No. 12 Oklahoma to the Coliseum Saturday afternoon for a 1 p.m. tip.

This game represents West Virginia’s second opportunity to avenge an earlier loss in Big 12 play. The No. 14 Mountaineers (14-5, 7-3 Big 12) did just that last Saturday, defeating Kansas 91-79.

Oklahoma held off an 18-point second half rally from the Mountaineers on January 2 in Norman to down WVU 75-71. Umoja Gibson connected on eight 3-pointers and led the Sooners with 29 points in the victory.

“Gibson is the one that stepped up against us. And he is without question their best shooter. Lon has the luxury of putting a lot of guys out there that can shoot the ball,” said WVU head coach Bob Huggins.

“Obviously, we got off to a good start, being up 18 at half. The half we had in the first half, they had in the second. They jumped right back and tied it but our guys finished strong,” said Oklahoma head coach Lon Kruger.

OU held Derek Culver to a season-low two points and forced him into seven turnovers.

“Believe me, Derek remembers,” Huggins said. “I think we are all aware of what happened.”

“What I have noticed is how good Derek has been in terms of listening and adapting to being a double-team big in the Big 12,” said WVU junior guard Jordan McCabe.

Since the loss to the Sooners, WVU has gone 6-1 in Big 12 play. “They are playing with a high degree of confidence right now, maybe as much confidence offensively as I have seen Coach Huggins’ teams have,” Kruger said.

“Because they are shooting it well, it leaves Culver kind of by himself inside. He is very effective.”

The Sooners (12-5, 7-4 Big 12) have won five of their last six games. Their lone loss in that stretch was a 57-52 defeat at Texas Tech. Oklahoma was scheduled to face Baylor Wednesday. However, the Bears have entered a COVID pause. OU trails WVU by just half a game for second place in the Big 12.

West Virginia is coming off a season sweep of Texas Tech. They defeated the No. 7 Red Raiders 82-71. The Mountaineers are up to a No. 3 seed in Joe Lunardi’s latest ESPN Bracketology and 17th in the daily NCAA NET rankings.

“It seemed as though the staff was focused on making sure that we knew that this wasn’t our peak. Beating a good Texas Tech team on the road is great. But yesterday was kind of a reset button. You have to do it sometimes after a loss, which I think after Florida Huggs did. And then you have to find times to do it after wins too,” McCabe said.

The Mountaineers will take the court Saturday in front of their largest home crowd of the year. 2,800 fans will be permitted. In Tuesday’s win in Lubbock, WVU played in front of 4,250 fans, the largest for any Mountaineer game this season.

“It was a great atmosphere at Texas Tech,” said WVU senior forward Gabe Osabuohien. “Having fans here plays a little bit of a role in giving us more energy and feeding off our fans’ energy.”

Prior to Friday’s practice, Huggins did not have a health update on senior guard Taz Sherman. Sherman did not play in Tuesday night’s game at Texas Tech due to a groin injury.

Saturday’s game is the Mountaineers’ last scheduled home game until the February 27 contest against Kansas State. Home games against Baylor, Oklahoma State and TCU have yet to be rescheduled.

This will be the second men’s & women’s doubleheader at the Coliseum this season. The OU-WVU women’s game, which was originally scheduled for Sunday, has been moved up to Saturday at 7 p.m. due to pending weather concerns in Oklahoma.