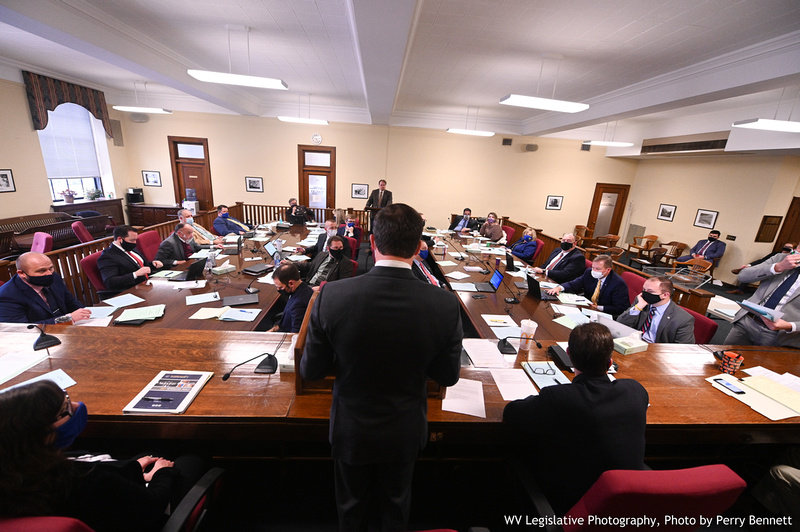 Legislators are weighing further limits on the governor’s emergency powers.

The House of Delegates is considering a bill that would place an expiration date on a State of Emergency declaration without a legislatively-approved renewal. Members of the House Judiciary Committee approved the bill on a voice vote this morning. It now goes to the full House.

For almost a year, Gov. Jim Justice has been making decisions about the coronavirus pandemic with orders based on his own State of Emergency declaration  last March 16 and a section of state code describing the governor’s emergency powers.

Justice has said the emergency declaration needs to remain in place so he can still respond to the ongoing coronavirus pandemic.

House Bill 2003 would establish a time limit for emergencies like the current one and more traditional natural disasters.

The House Judiciary Committee began discussion of the bill on Friday afternoon and concluded consideration after resuming Saturday morning.

The bill would apply both to a State of Emergency Declaration and to a State of Preparedness, which is the lead-up time when a disaster is anticipated.

The bill would change existing state law to say a State of Emergency would be limited to 60 days unless Legislature would extend the time.

A legislative extension could last 30 days — or the Legislature could remove the declaration.

There’s also language meant to prevent a governor from simply declaring the same emergency all over again for the ongoing situation. And the changes would require specifying exactly what the state of emergency or disaster is about.

Lawmakers wanted to know if passage of the bill would affect the current State of Emergency.

Because that wasn’t immediately clear, Delegate Pat McGeehan proposed an amendment to the bill that would clarify the issue.

“There’s some question as to whether this would apply to the current state of emergency. I think the intent is that it should. My amendment just brings clarity,” said McGeehan, R-Hancock, one of the bill’s sponsors.

Delegate Shawn Fluharty, D-Ohio, spoke up in support of the amendment, saying the governor “has been operating the state like a king since March.”

Judiciary Chairman Moore Capito, R-Kanawha, made a case this morning that such an amendment could be confusing as the current emergency continues

“While I don’t think it’s a poison pill by any manner, I think it’s unnecessary to the bill,” Capito said.

“I fear this could cause confusion with timelines and deadlines. We’re in the middle of an unforeseen and very, very novel and dangerous pandemic right now. I think it’s important that we move forward with the bill the way it’s drafted.”

Other members of the committee spoke up to say the amendment would clarify the bill’s application to the current emergency, and the majority voted to adopt it.

The lead sponsor of the bill, Majority Leader Amy Summers, acknowledged before the legislative session began that lawmakers would consider bills to define the governor’s emergency powers.

“We want our governor to be flexible and able to react, but at what point do we want some buy in or legislative approval for that?” asked Summers, R-Taylor, during a Legislative Lookahead event this month.

This is the second bill refining the governor’s emergency powers in the first week of the session.

On Thursday, the House Finance Committee voted in favor of House Bill 2014, asserting the Legislature’s role of approving expenditures even in situations like recent rounds of federal relief.

The bill would clarify that funds in excess of $150 million must be appropriated by the Legislature. That bill is now up for consideration by the full House of Delegates.

When asked prior to the start of the legislative session about the necessity of such restrictions, Governor Justice said there is no basis.

“I’ve surely been working all the time with the Legislature, and you’ve got complete transparency — total transparency on my side. I’m going to do the same thing for another four years,” Justice said Monday.