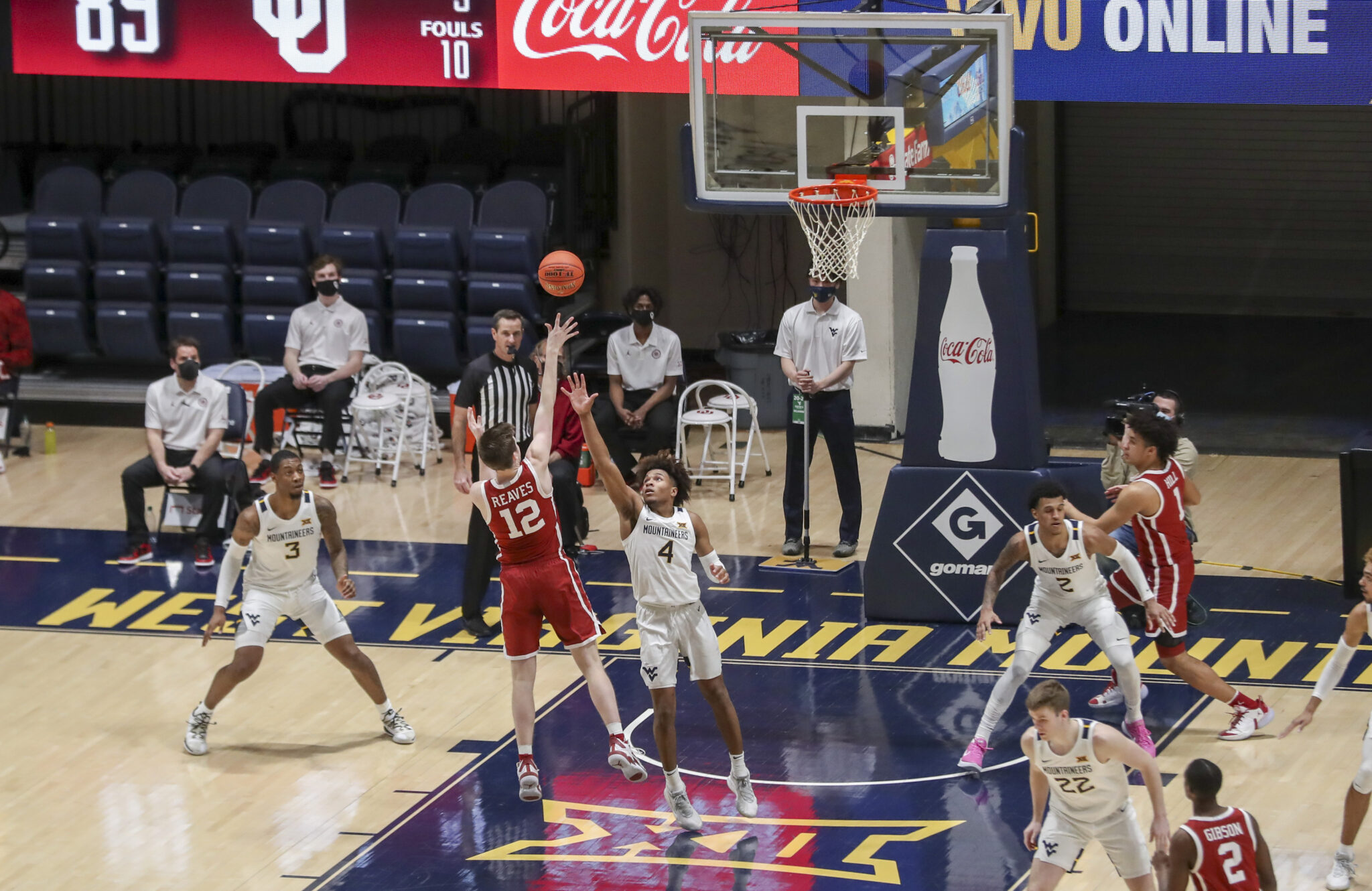 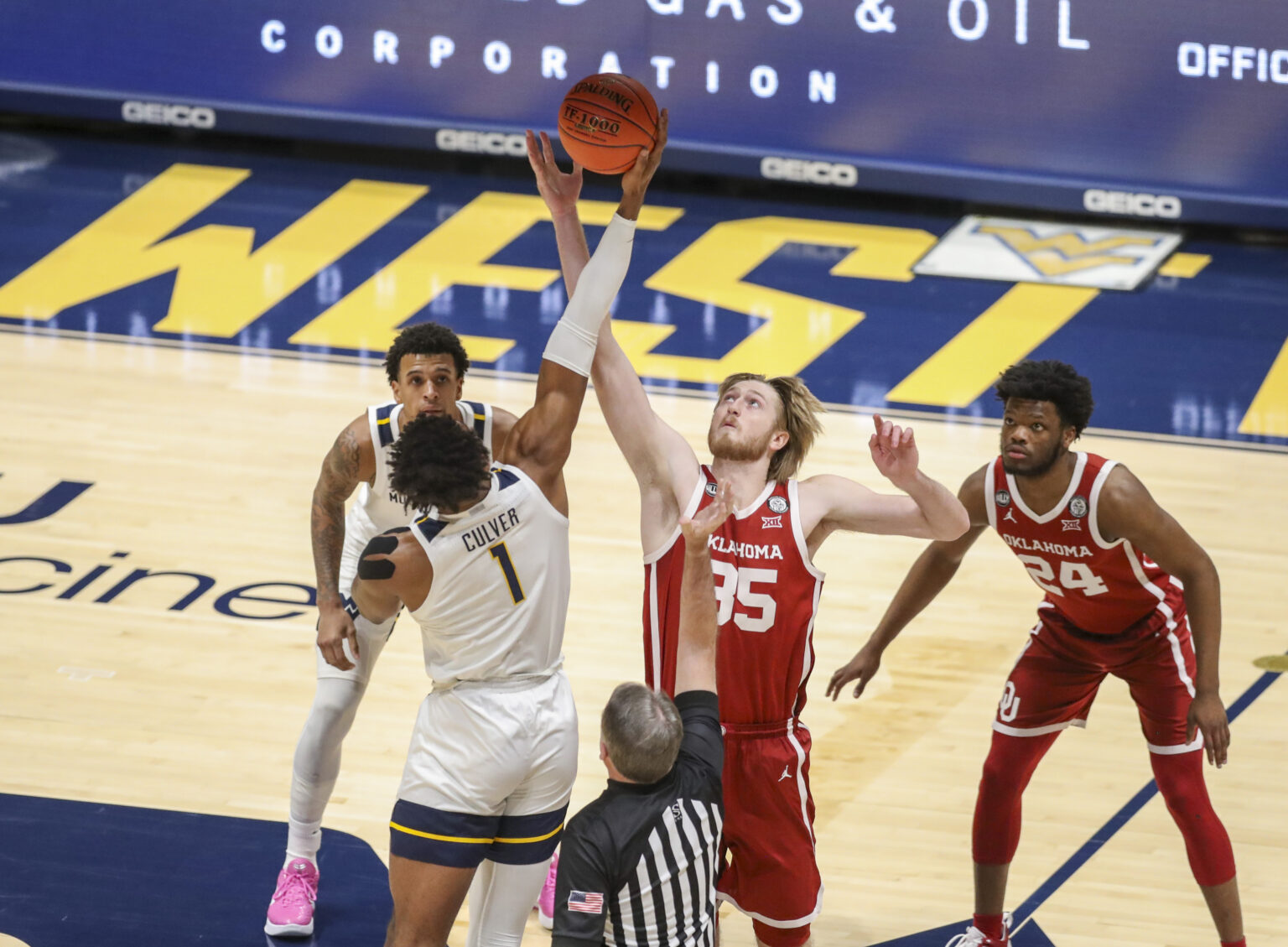 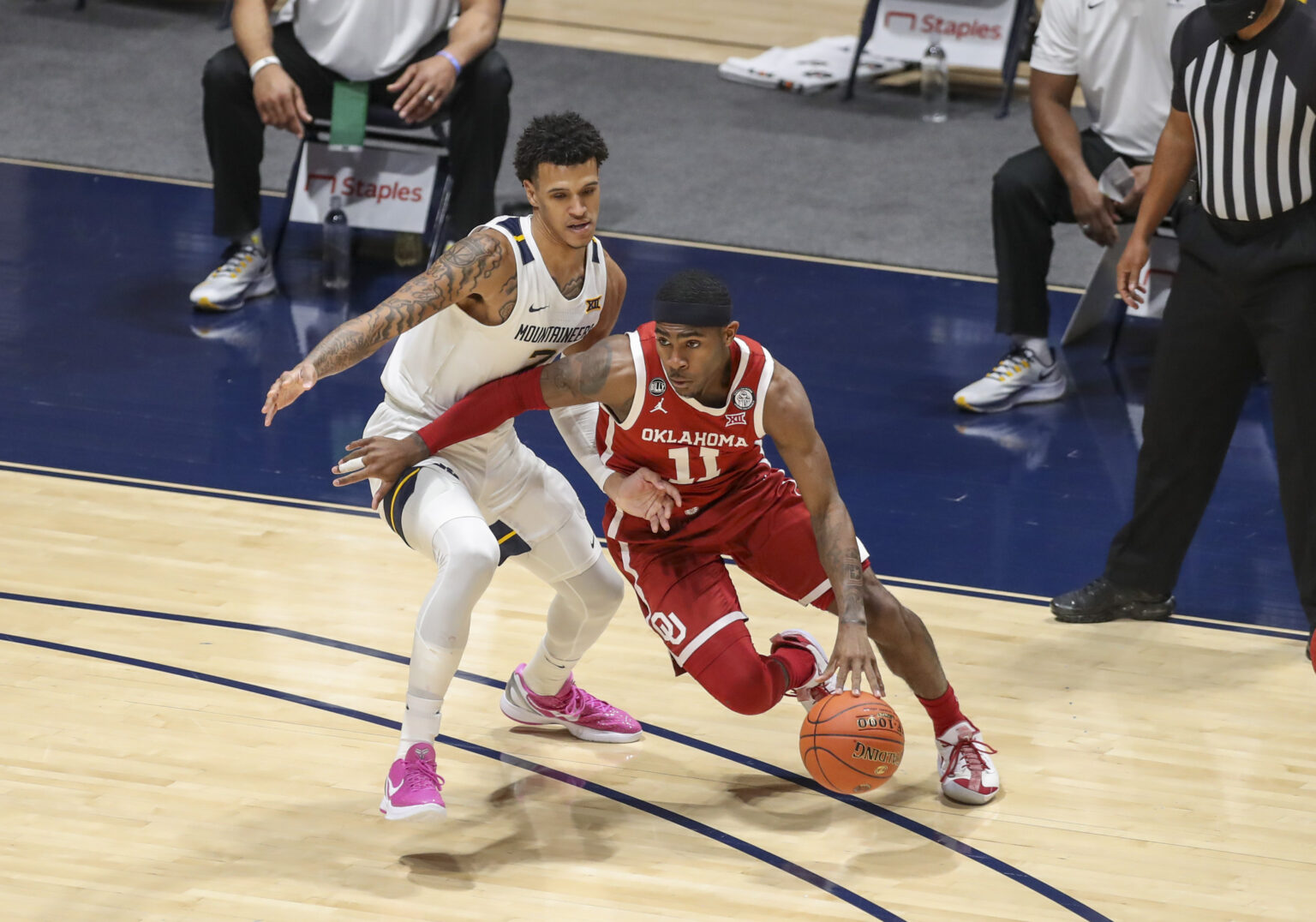 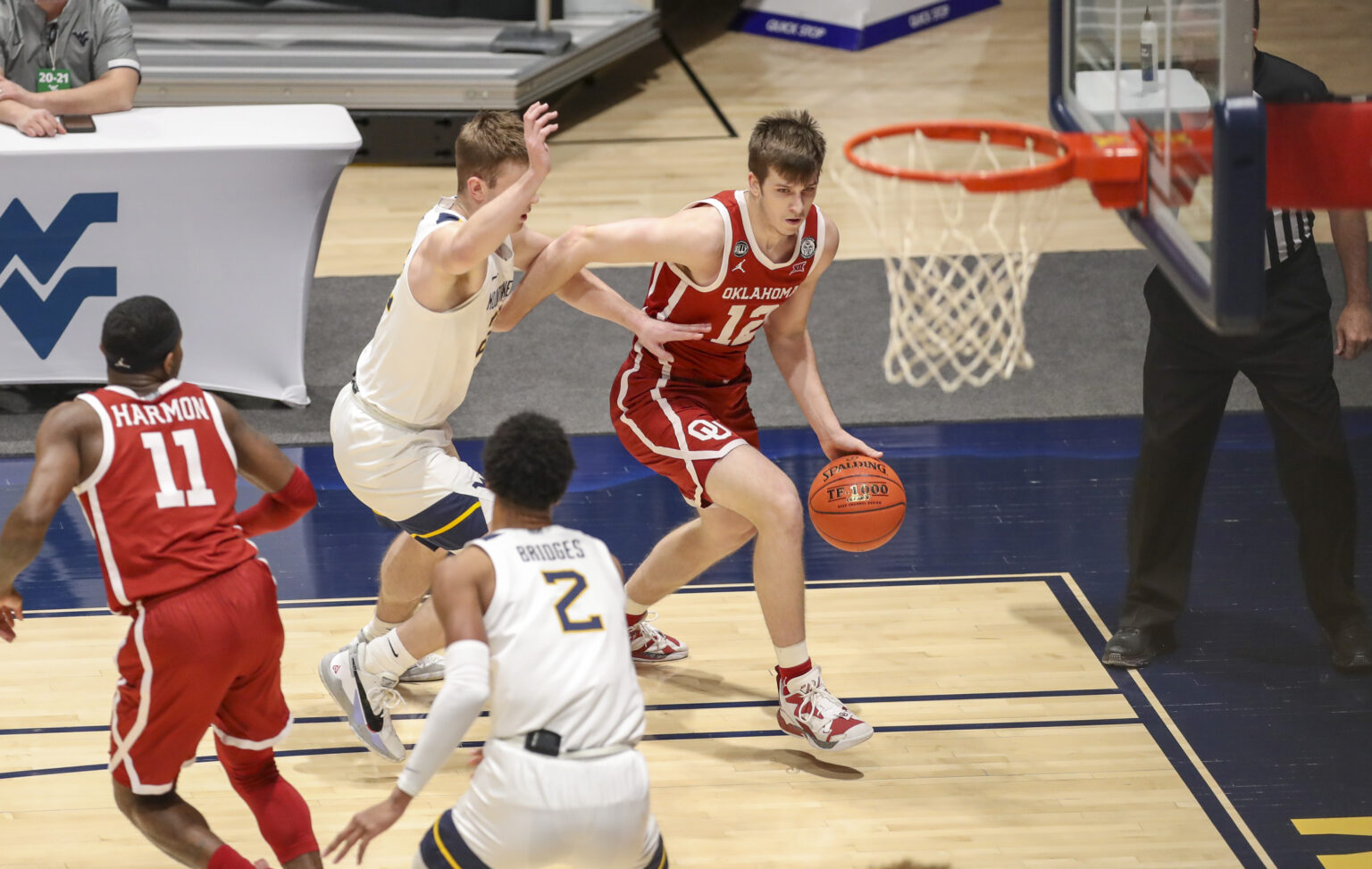 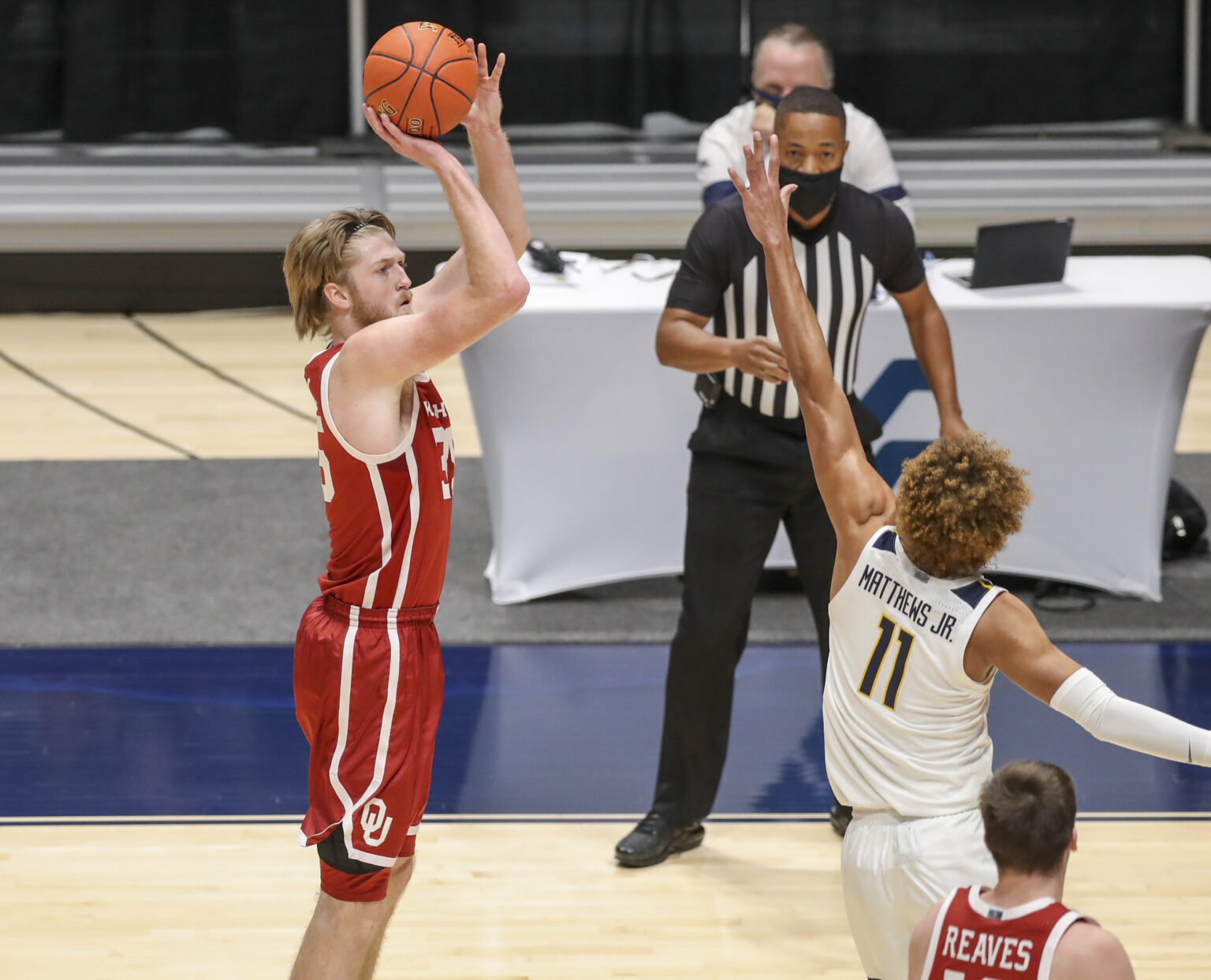 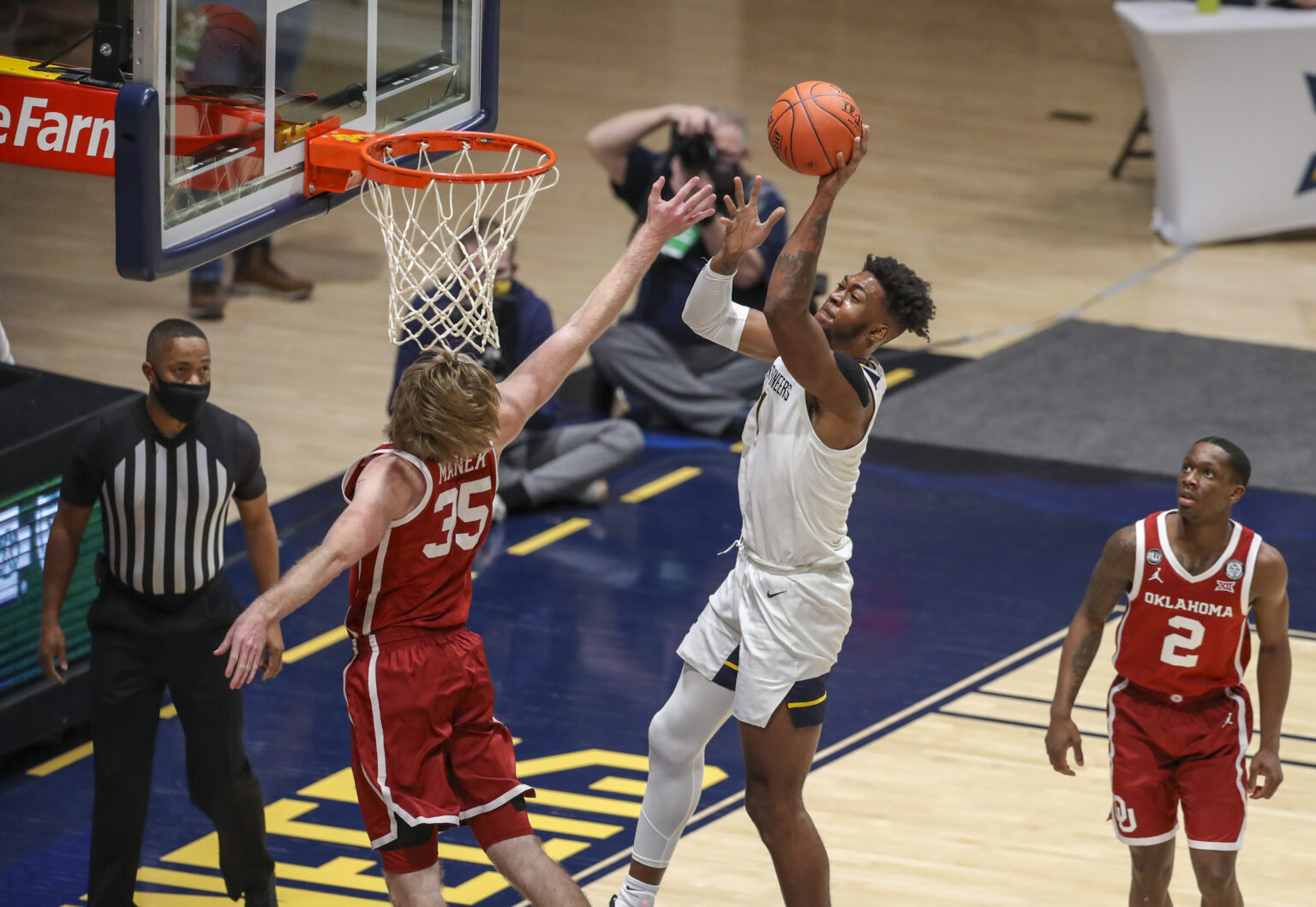 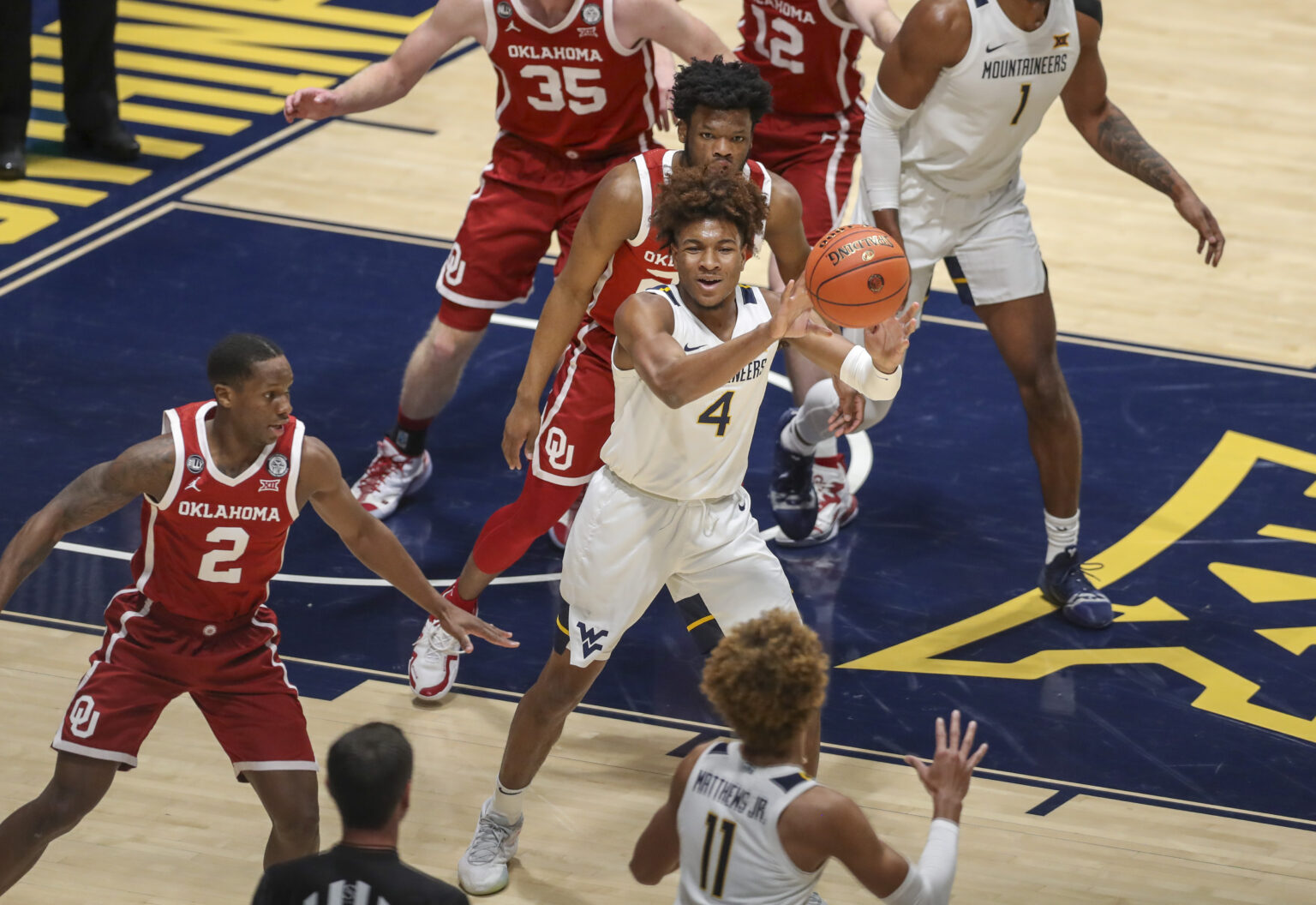 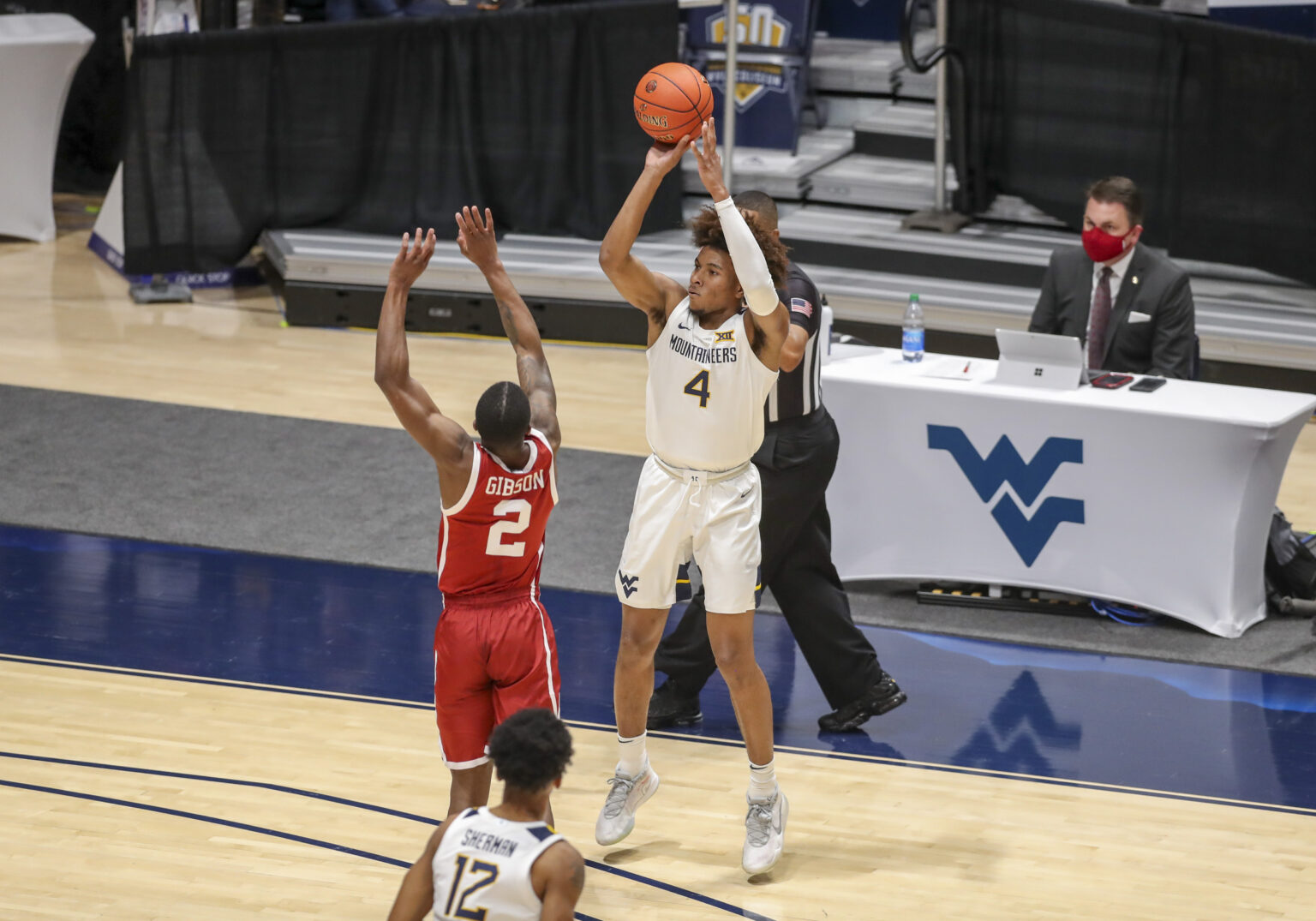 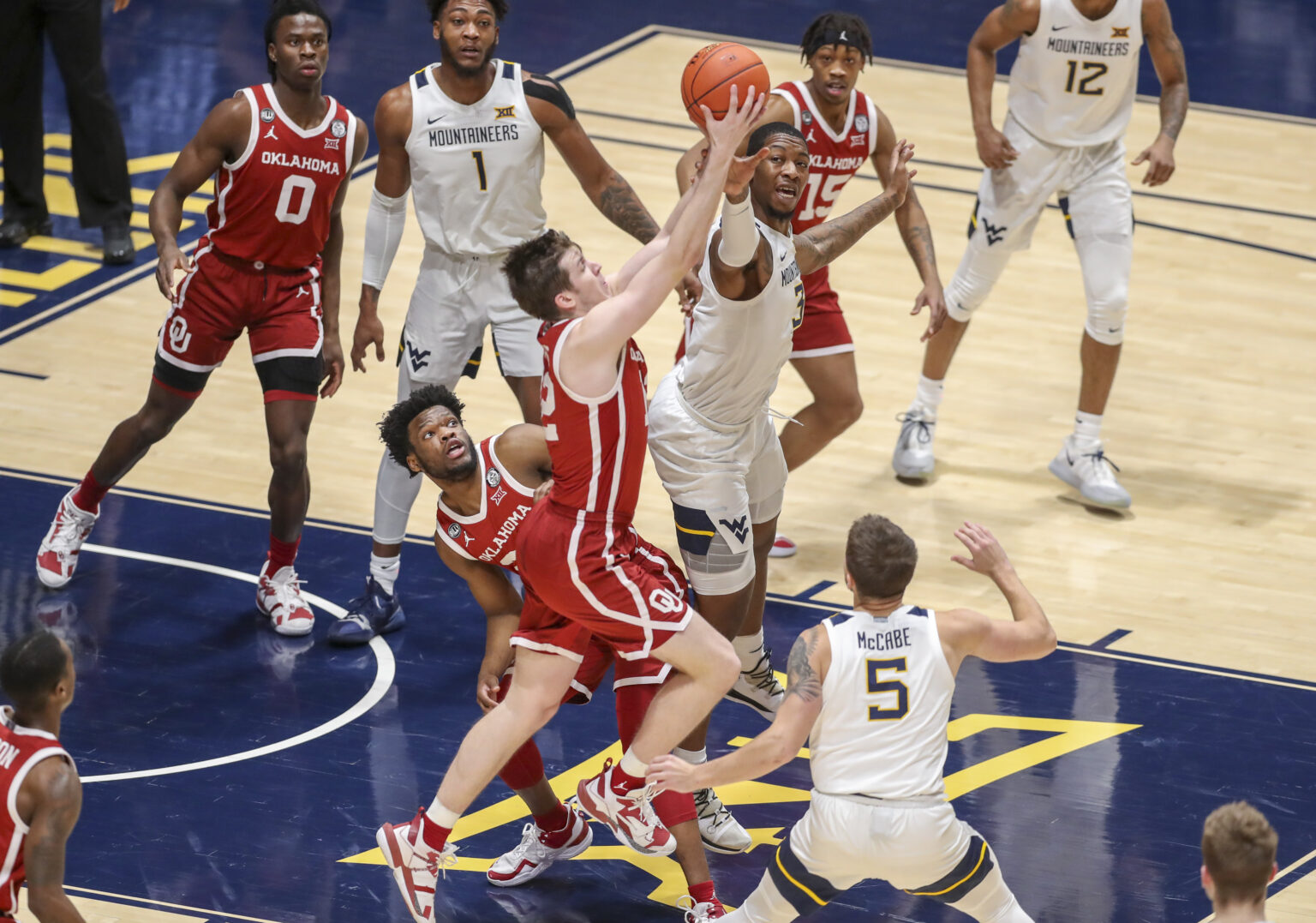 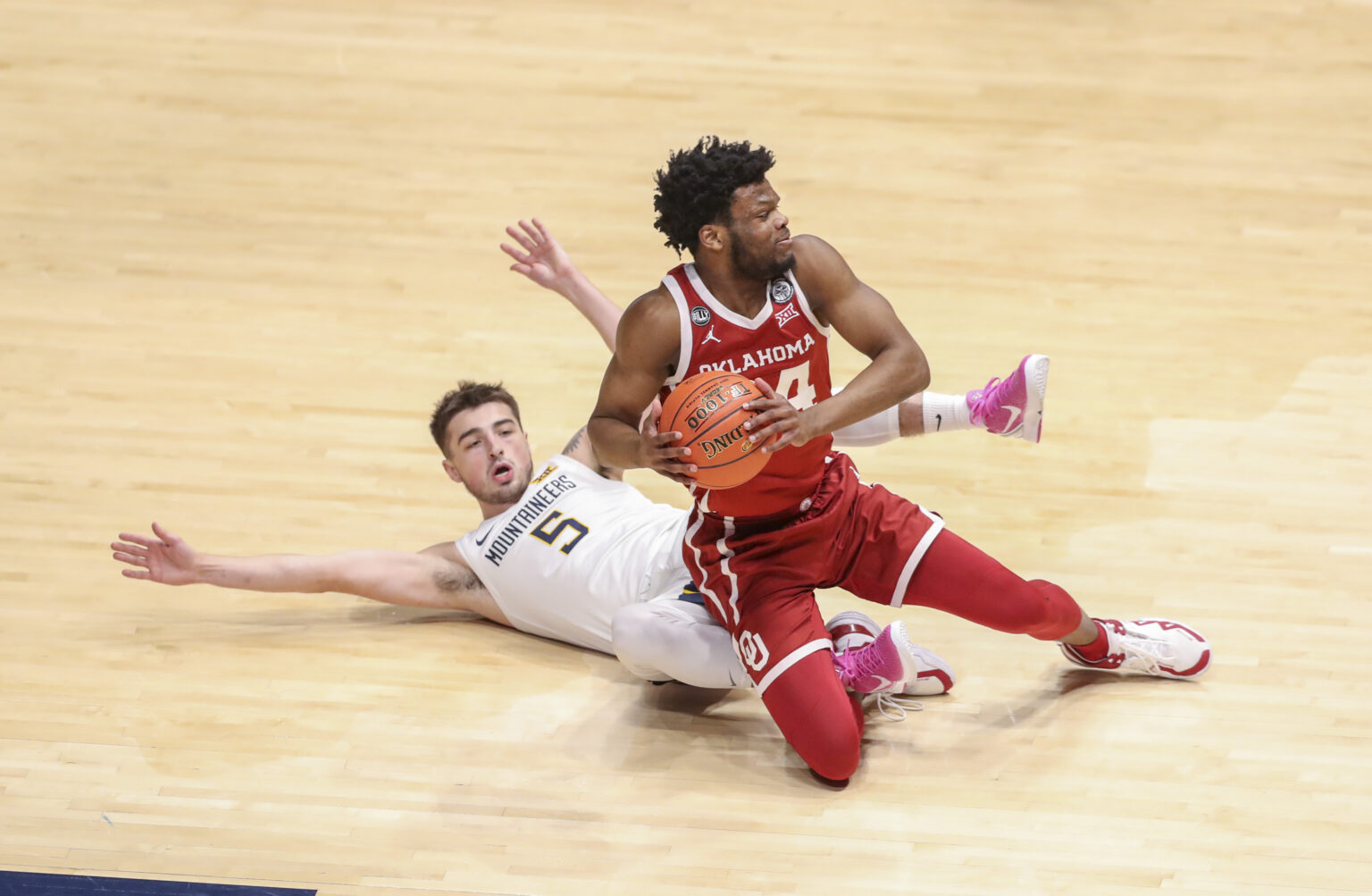 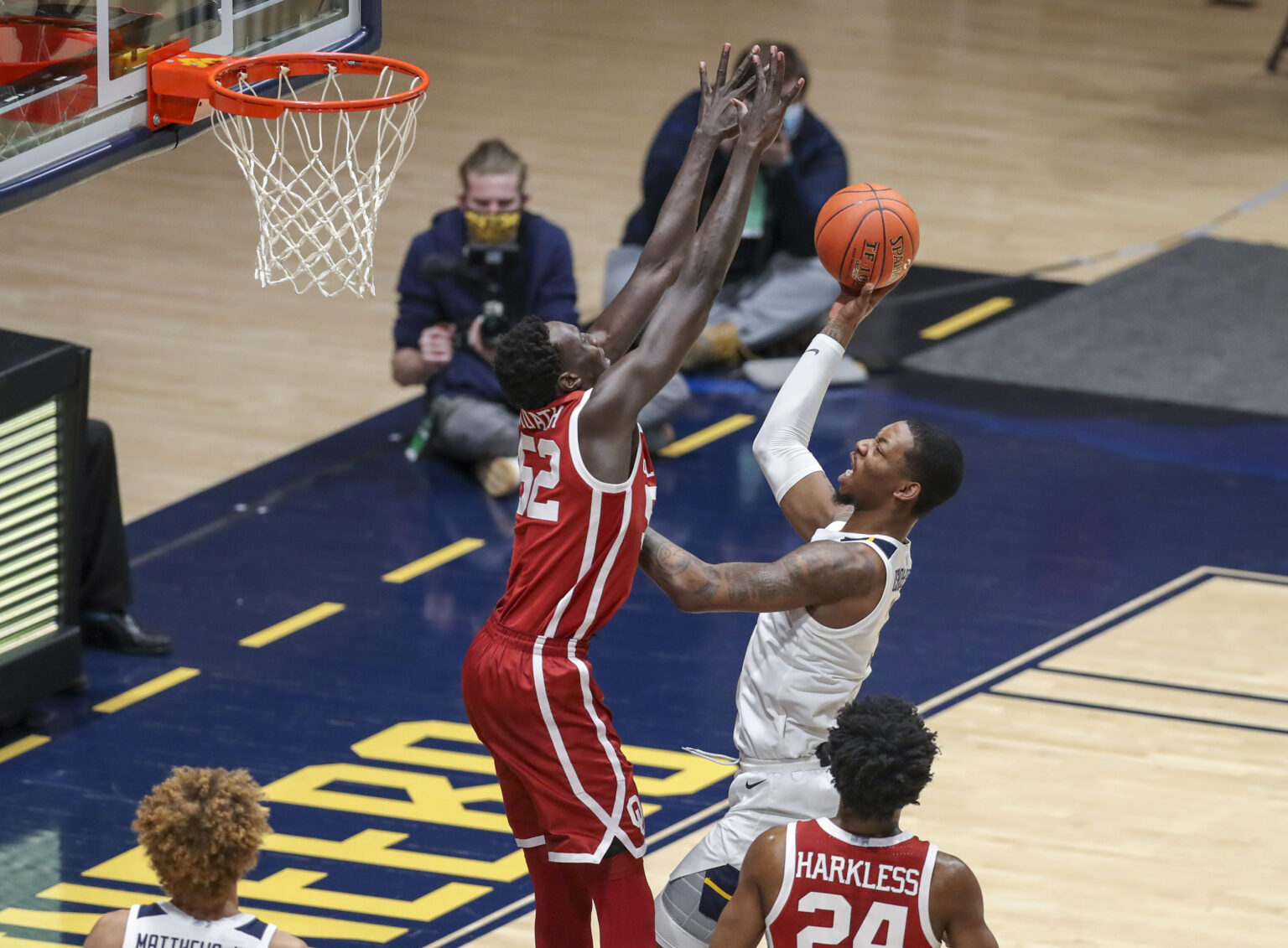 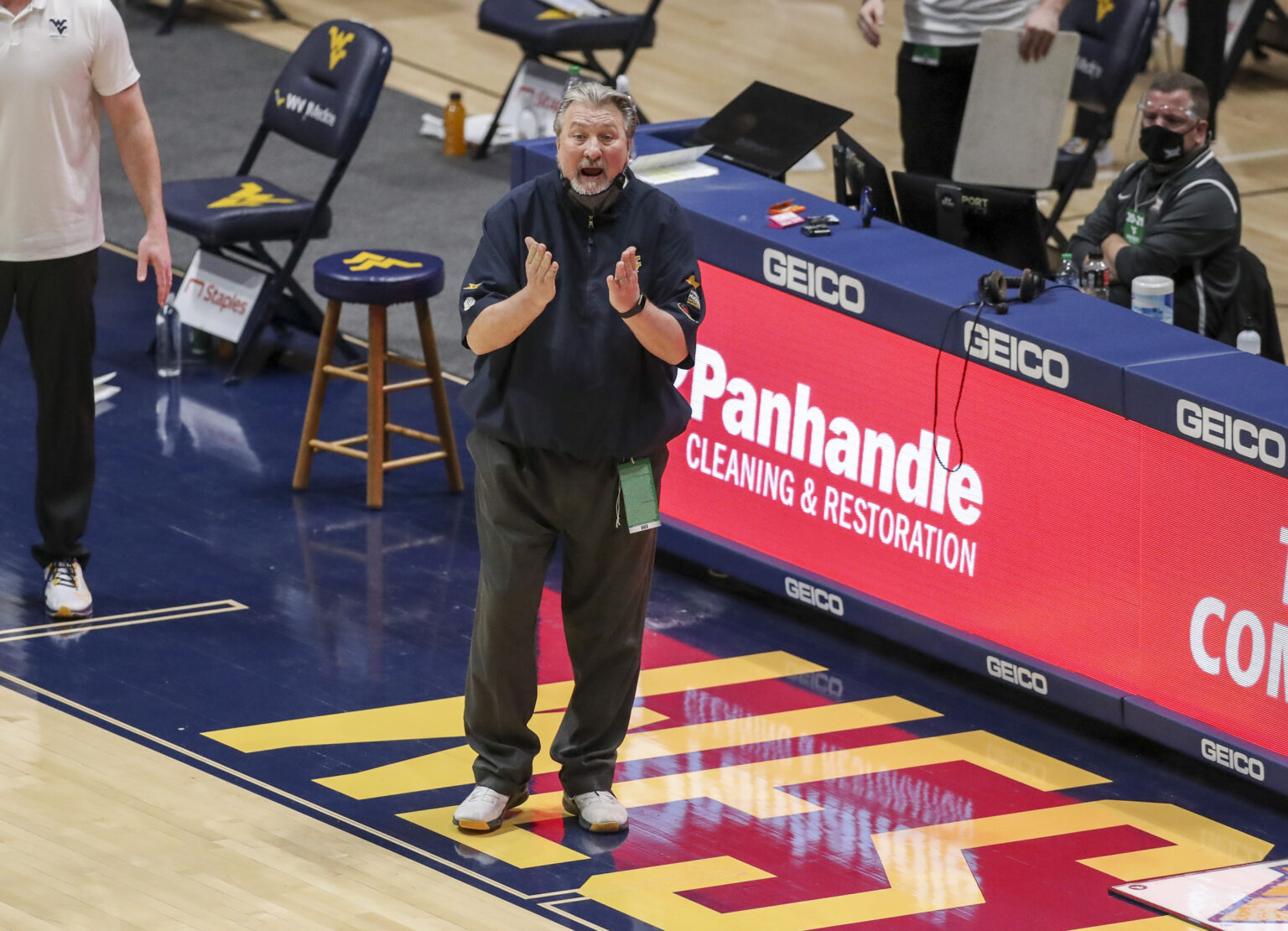 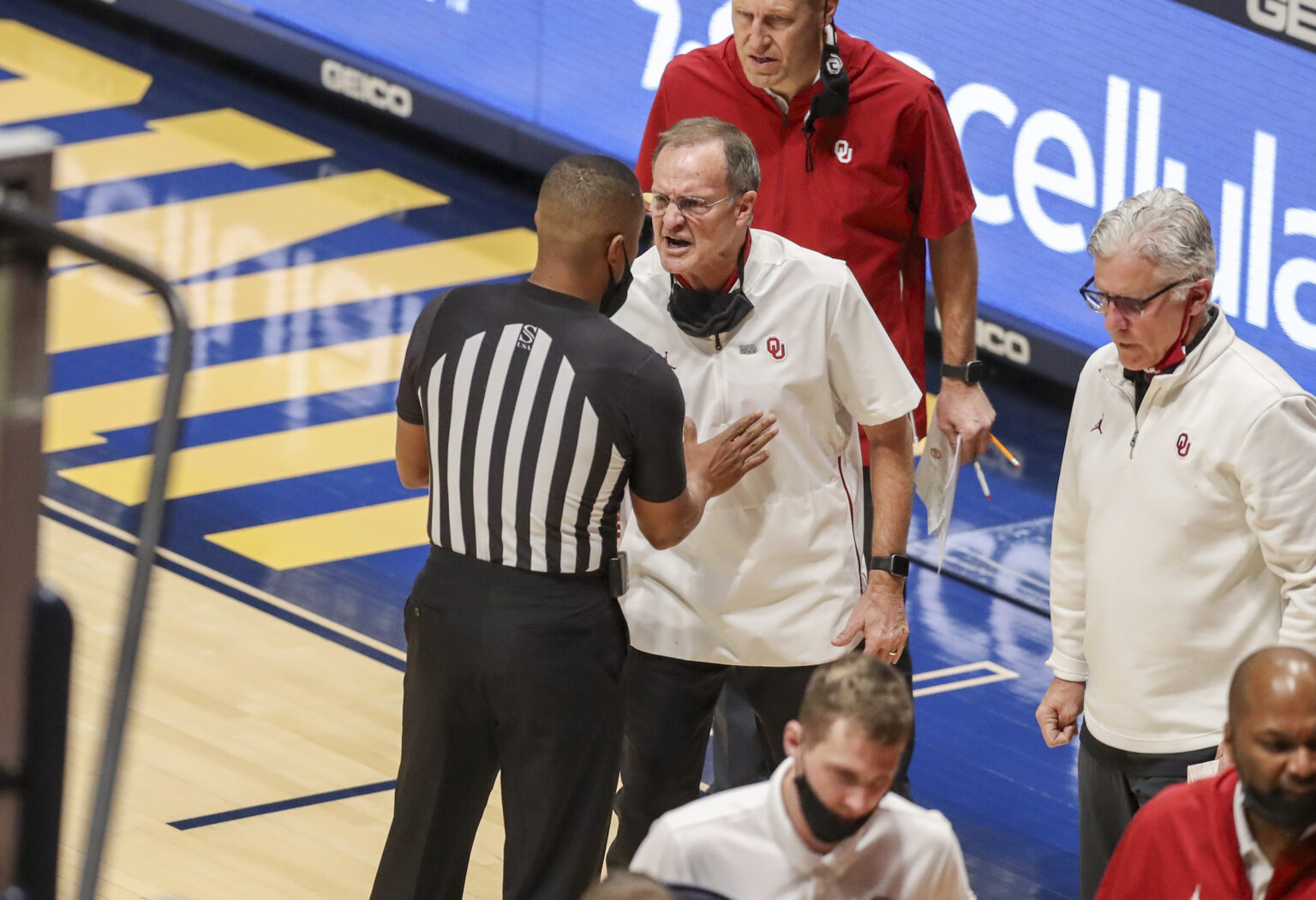 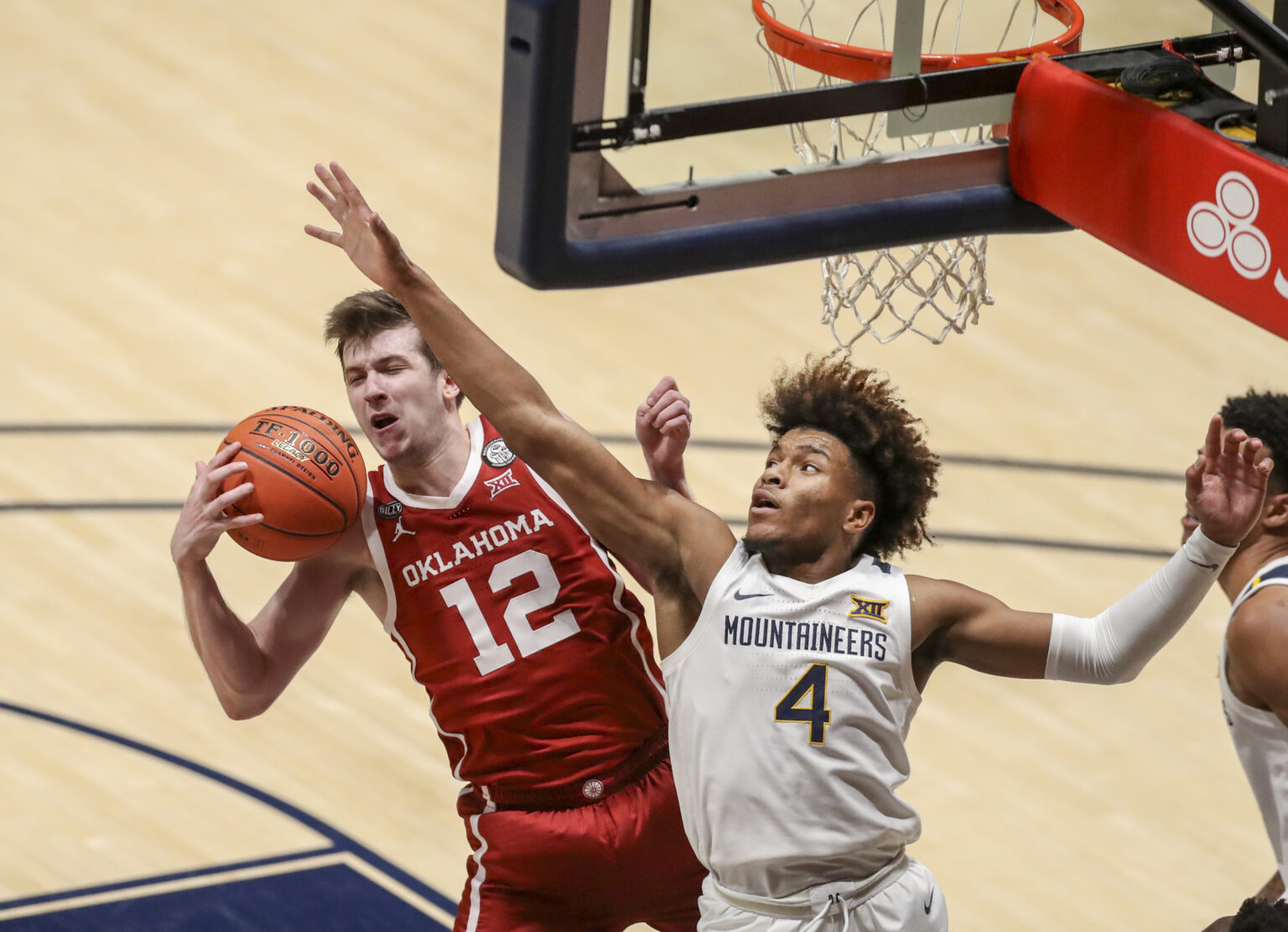 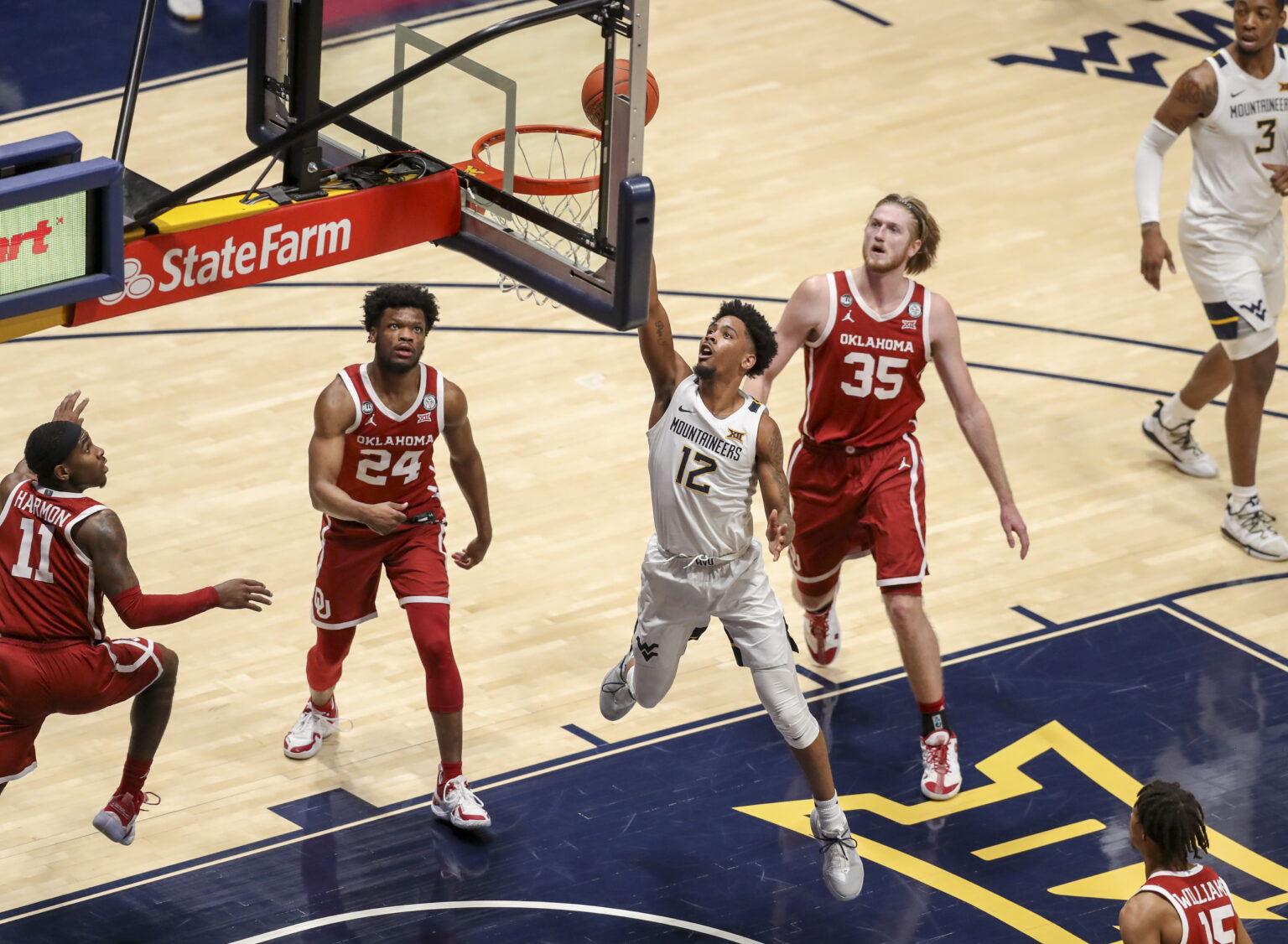 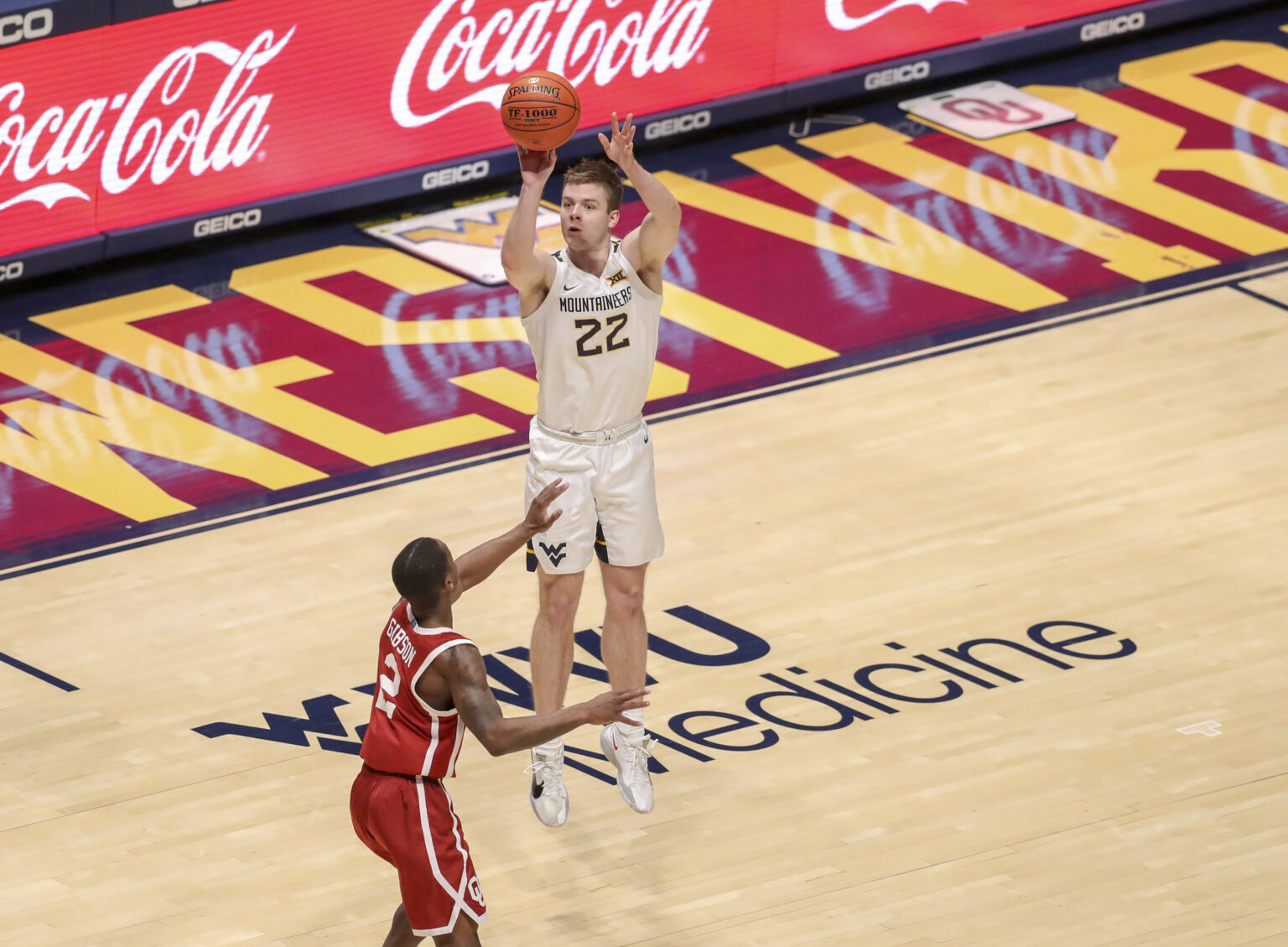 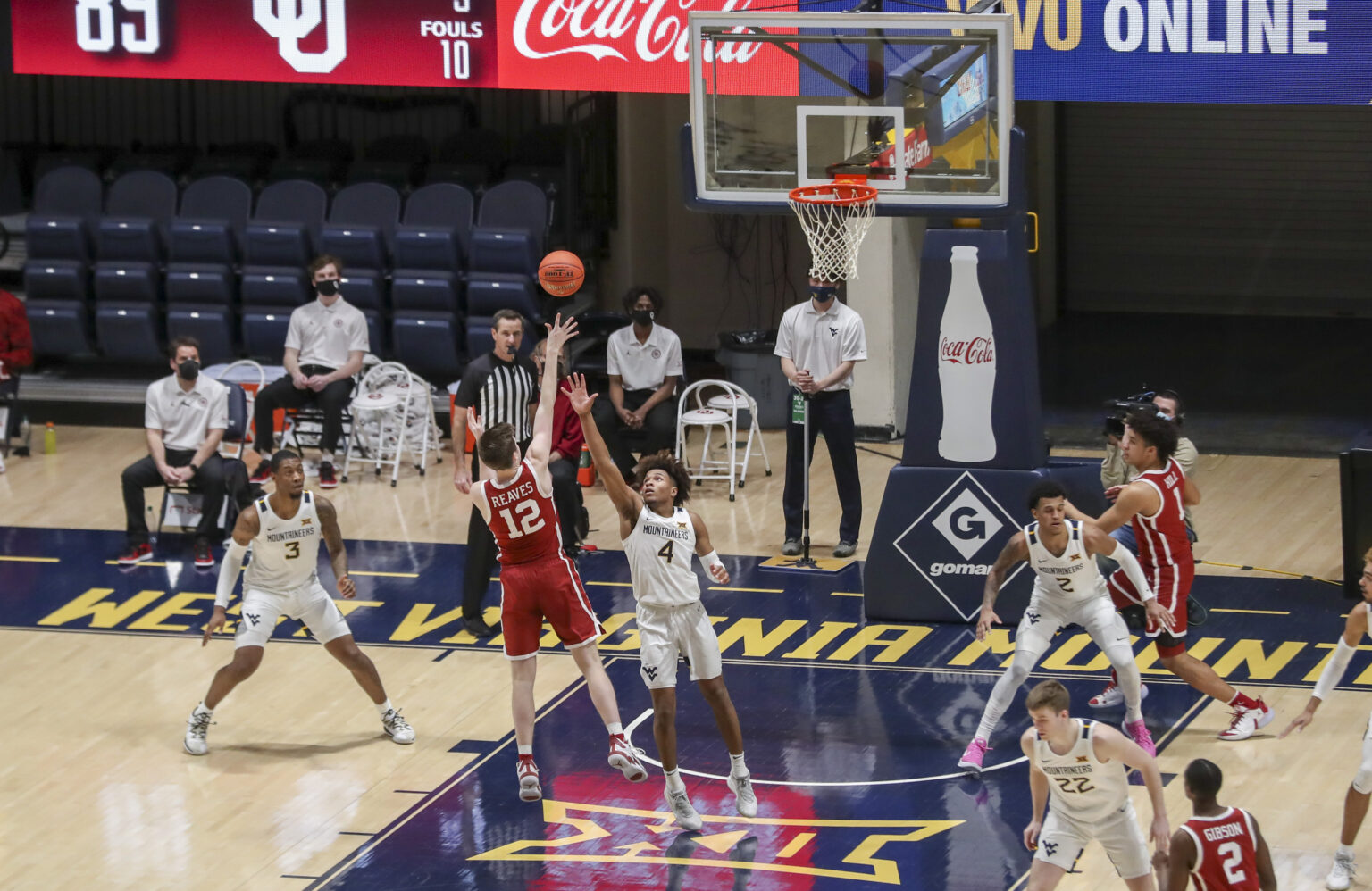 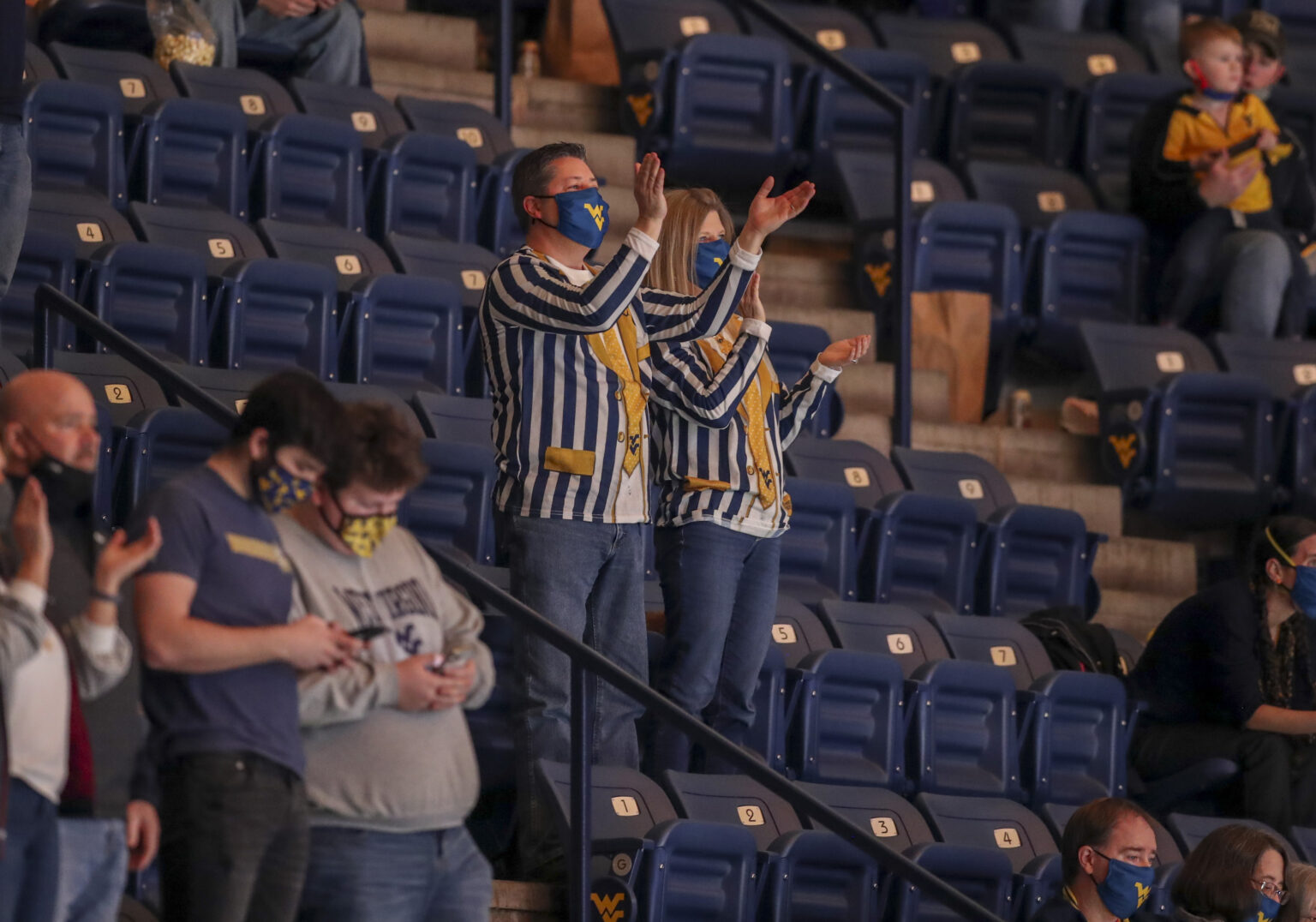 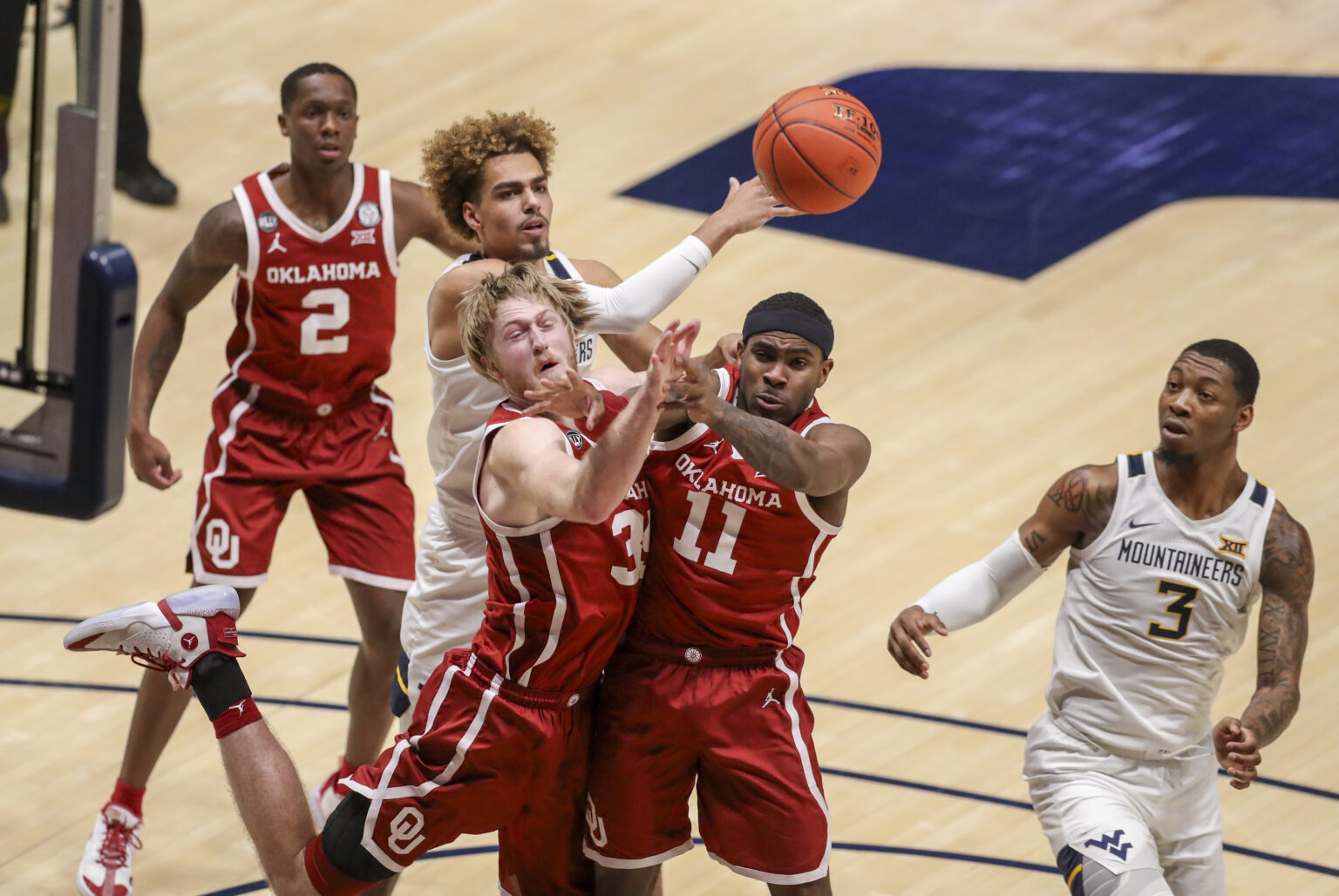 MORGANTOWN, W.Va. — After a 50-minute marathon between two teams that appeared as No. 3 seeds in Saturday’s official NCAA Tournament top 16 list, Bob Huggins made many references to his team’s concentration level in his postgame press conference. In a game played with the tightest of margins through two overtimes, No. 12 Oklahoma found their way past No. 14 West Virginia, 91-90 at the Coliseum.

“A lot of it was concentration. Ours was not very good after the Texas Tech game,” Huggins said. “I think they were kind of full of themselves after beating a couple ranked teams. I think that is part of it. We didn’t have good practices. I did everything I could think to do to get them to concentrate harder.”

“It really burns,” said WVU sophomore guard Deuce McBride. “We really wanted that one with them being the only Big 12 team this crew hasn’t beaten yet. We had a chance. We had another chance and just gave it away to them. Credit to them, they are a great team and kept battling. But we had too many chances that we just didn’t take advantage of.”

Oklahoma defeated the Mountaineers, 75-71 in Norman on January 2. In that game, Derek Culver was held to just two points and committed seven turnovers. Before the first media timeout Saturday, Culver scored eight points. He had 13 points in the first half to go along with 9 rebounds.

Oklahoma took a three-point lead in the final minute of the half and they looked to hold for the last shot. But the Mountaineers stole the ball and Deuce McBride banked in a runner from half court as time expired. The game was tied 31-31 at the break. Neither team led by more than six points in the first half.

The Sooners took the lead early in the second half and they would extend the cushion to nine points with 5:30 to play. An 8-2 run put Oklahoma up 68-59. West Virginia responded with back-to-back-to-back triples from Sean McNeil to even the score at 68-68 with 3:30 left.

WVU led 72-70 with 30 seconds left before Umoja Gibson evened the score on a jumper, tying the game at 72-72. WVU had two shots on their final possession but neither fell, sending the game to overtime.

In the first overtime period, OU led by three points but the Mountaineers trimmed their deficit to two with 30 seconds left. A putback from Fairmont native Jalen Bridges evened the score at 79-79 with 20 seconds left. OU was unable to score at the other end, sending the game to double overtime.

In the second extra session, OU took a four-point lead in the first minute but the Mountaineers responded with a 7-0 run. All of those points were scored by Culver. Trailing 90-89 with thirty seconds left, Reaves scored his 27th and 28th points of the game on a drive in the lane.

“He is a really poised player and he knows angles,” McBride said. “He is not the most athletic or the fastest guy. But he uses his body well and I just got on the side of him on that last play and made a quick little move. I just couldn’t recover fast enough to get a better contest.”

West Virginia would get a pair of possessions in the final thirty seconds. Kur Kuath blocked a shot and the deflection went out of bounds off Culver, giving OU the ball with eleven seconds left. The Sooners however were unable to inbound the ball cleanly and Gabe Osabuohien forced a tie-up. The possession arrow pointed to WVU. McBride inbounded the ball with 3.5 seconds left and Culver had two shots underneath to take the lead. Neither fell and the buzzer sounded, giving Oklahoma a regular season sweep over the Mountaineers.

Oklahoma was a perfect 10-for-10 from the free throw line, while the Mountaineers left ten points at the stripe.

“I have always found that when you are a pretty good free throw shooting team, which we have been, and you go 11-for-21 from the free throw line, a lot of that is concentration and repetition. We didn’t have that.”

“Reaves is super-talented. We knew that coming into the game,” McNeil said. “They ball screened with Brady and Reaves and they have two elite shooters. And Reaves is a guy that can get downhill. That is tough to guard. They had some success with it and we struggled to guard it.”

Culver paced the Mountaineers with a 29-point, 14-rebound effort. McBride scored 19 points while dishing out 8 assists and pulling down 7 rebounds. Bridges scored 8 points and had a career-best performance on the glass with 11 boards.

Taz Sherman returned to the lineup after missing the Texas Tech game with a groin injury. He scored 5 points in 16 minutes off the bench.

West Virginia was scheduled to face No. 2 Baylor twice next week but the Bears remain on a COVID pause. The Mountaineers are slated to return to action next Saturday at No. 13 Texas (12-5, 6-4 Big 12).