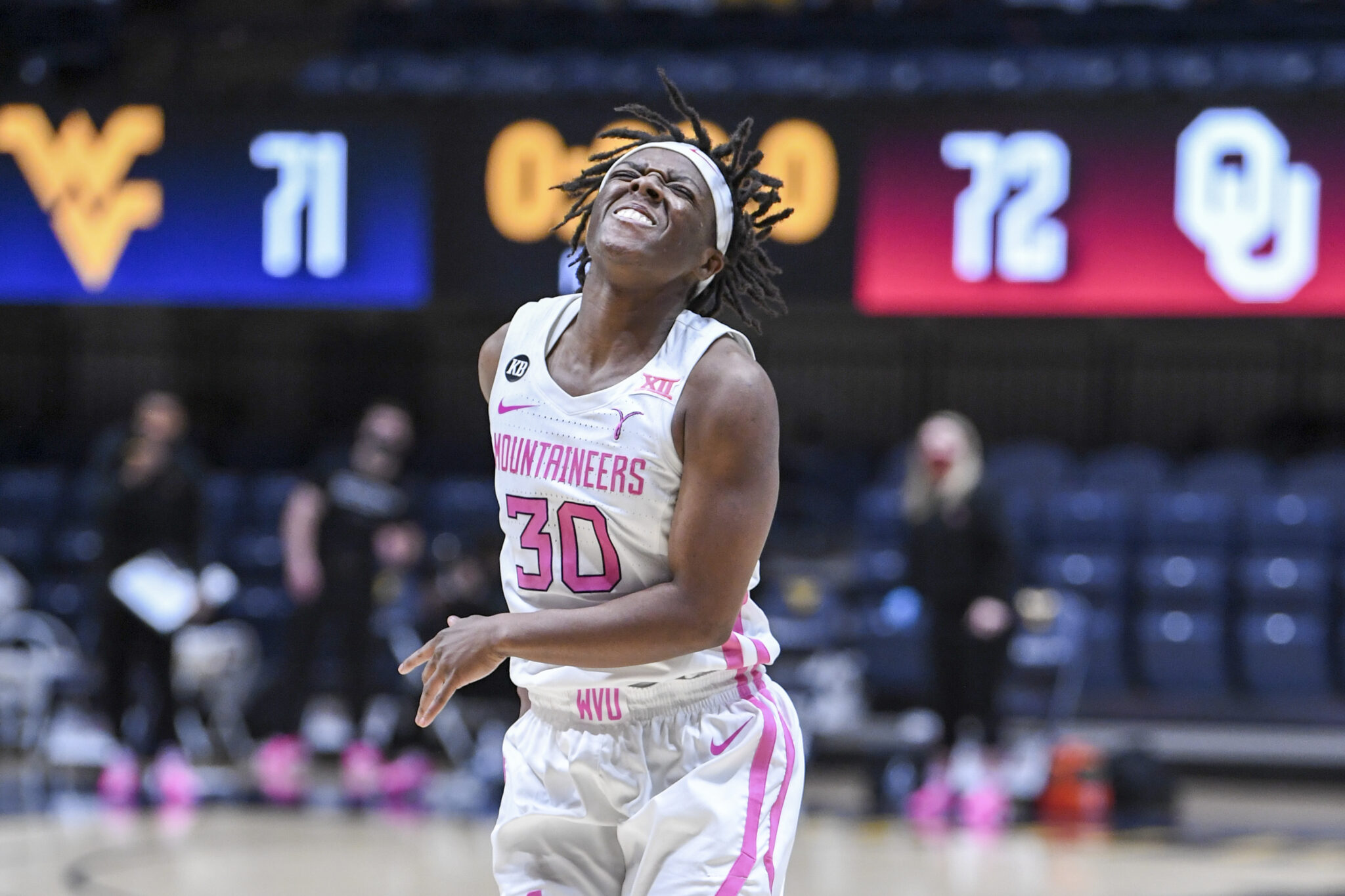 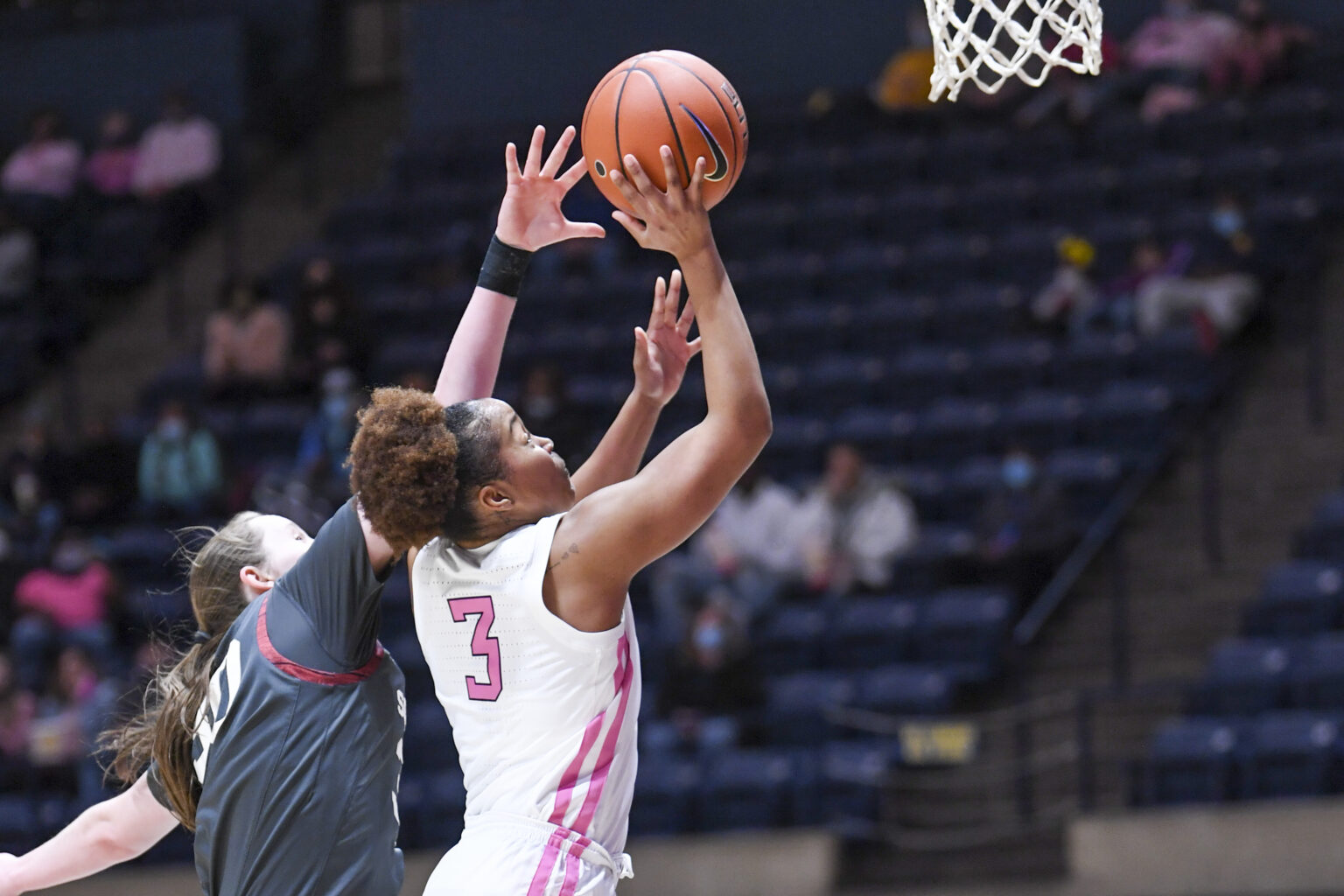 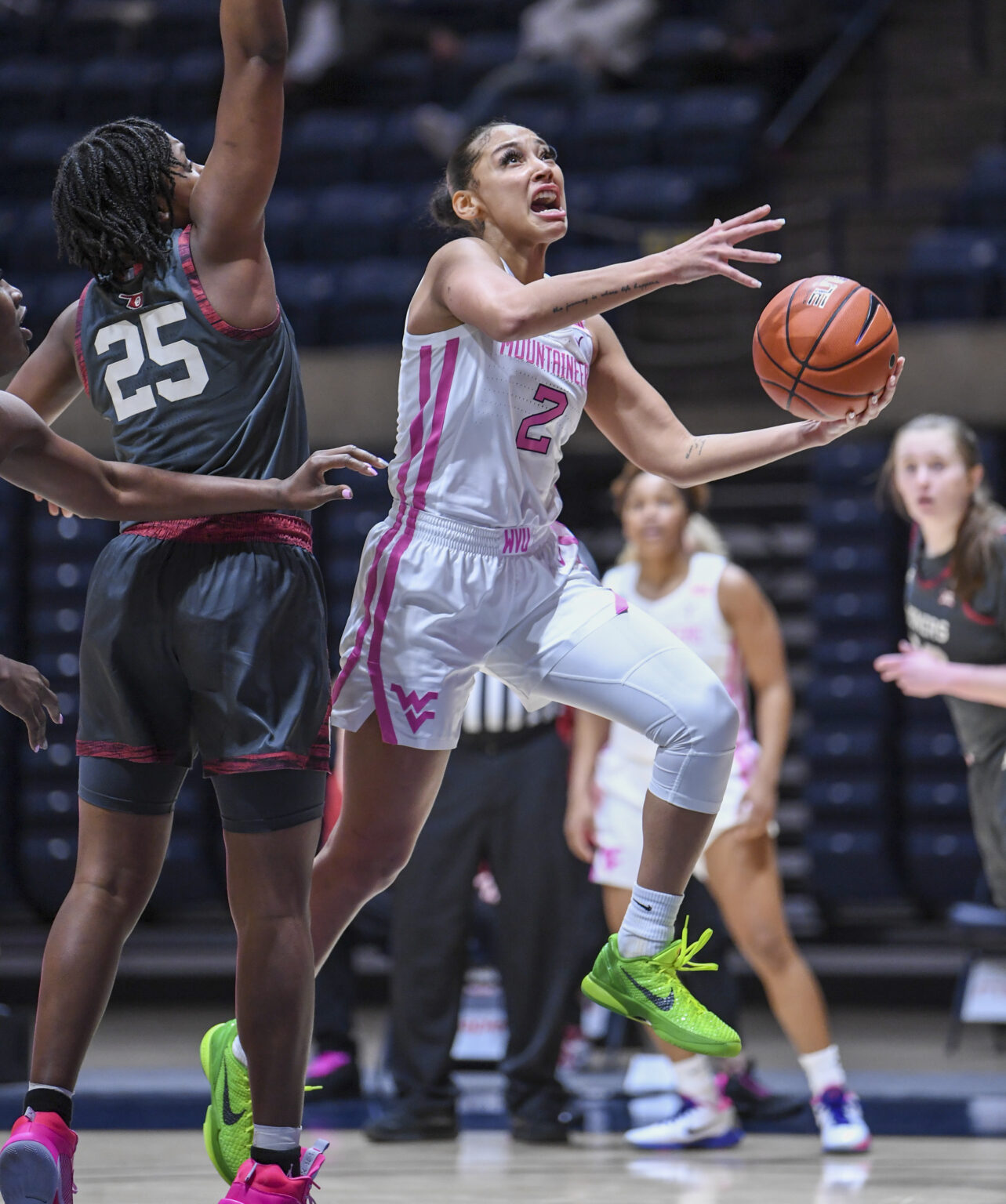 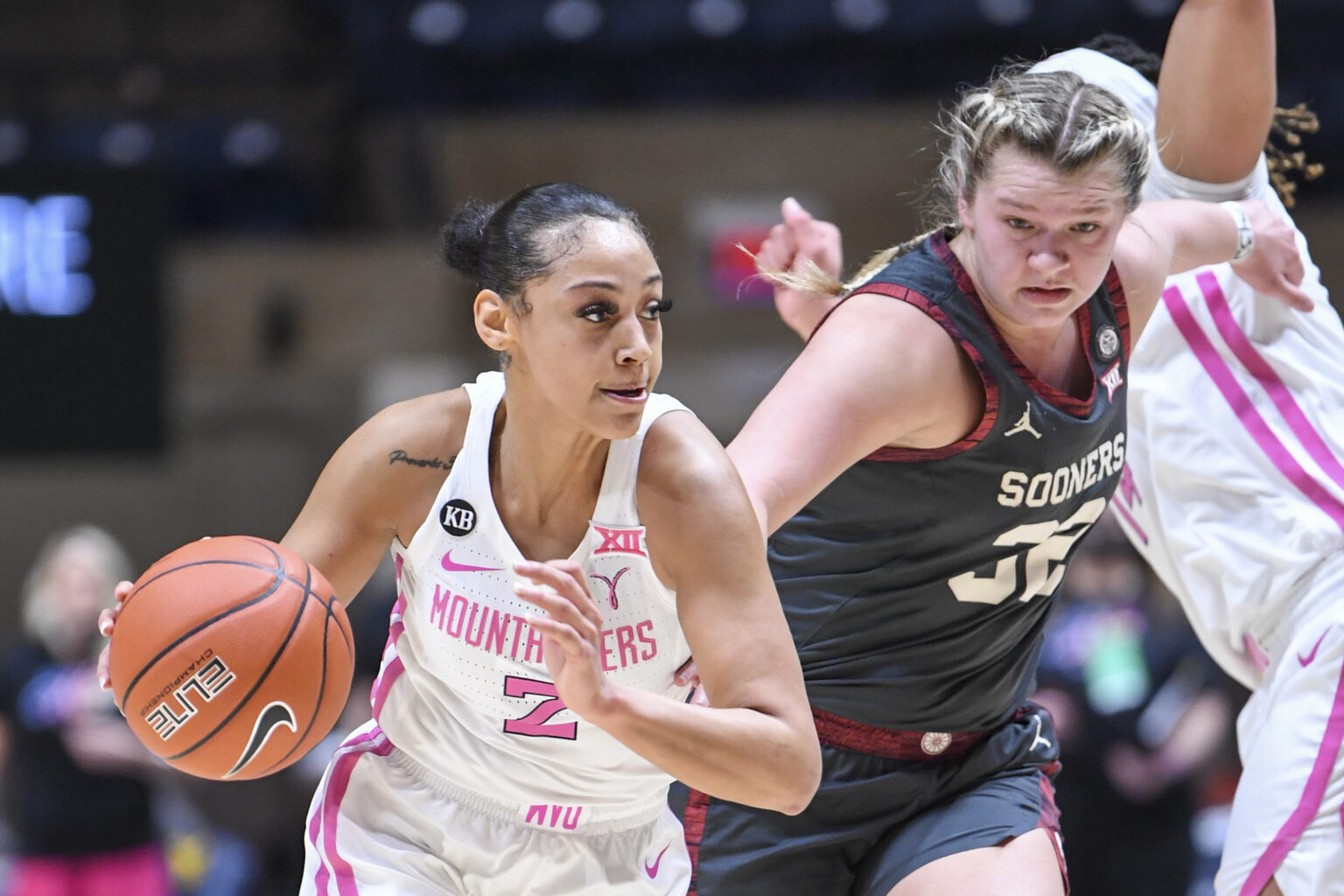 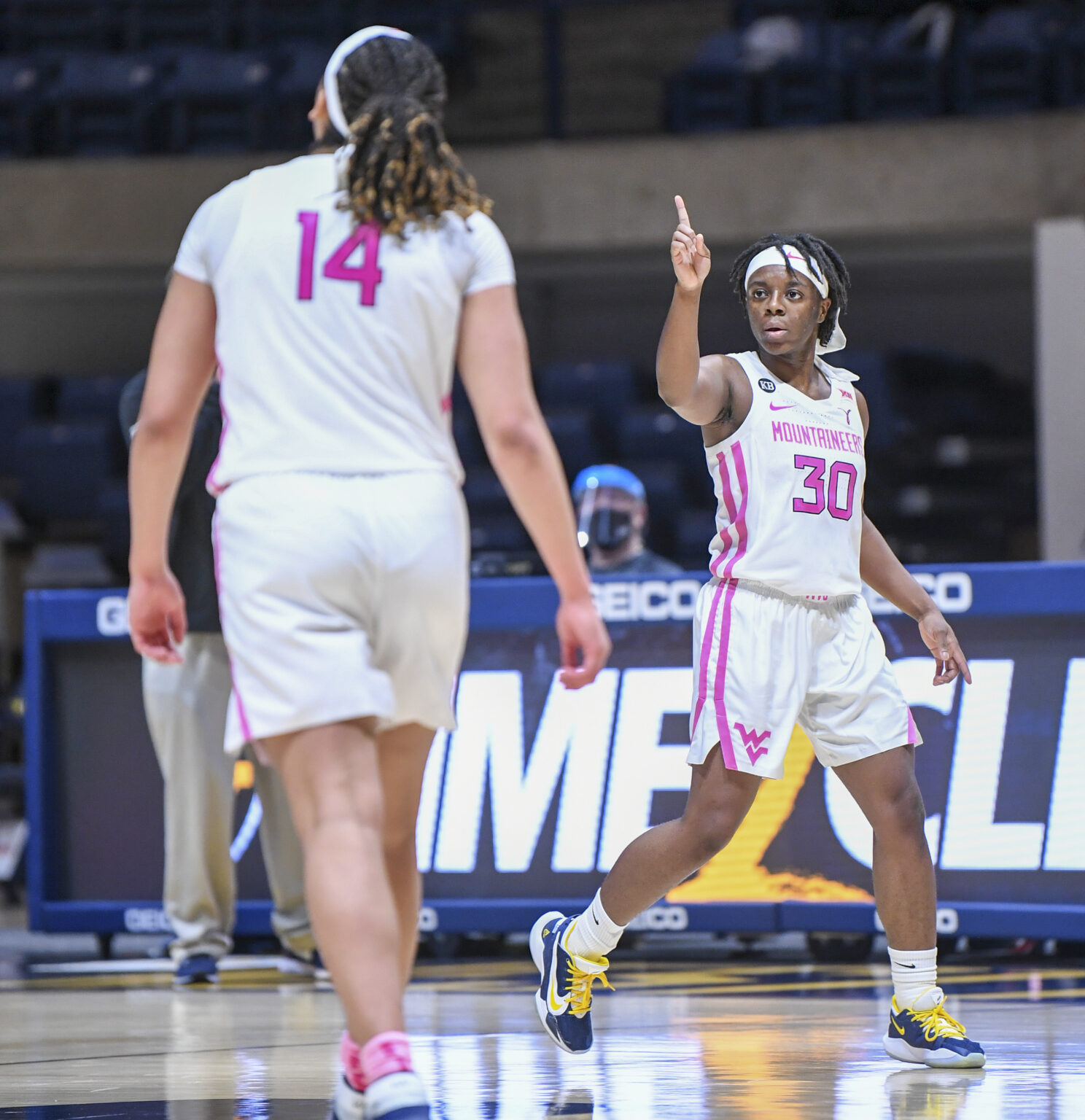 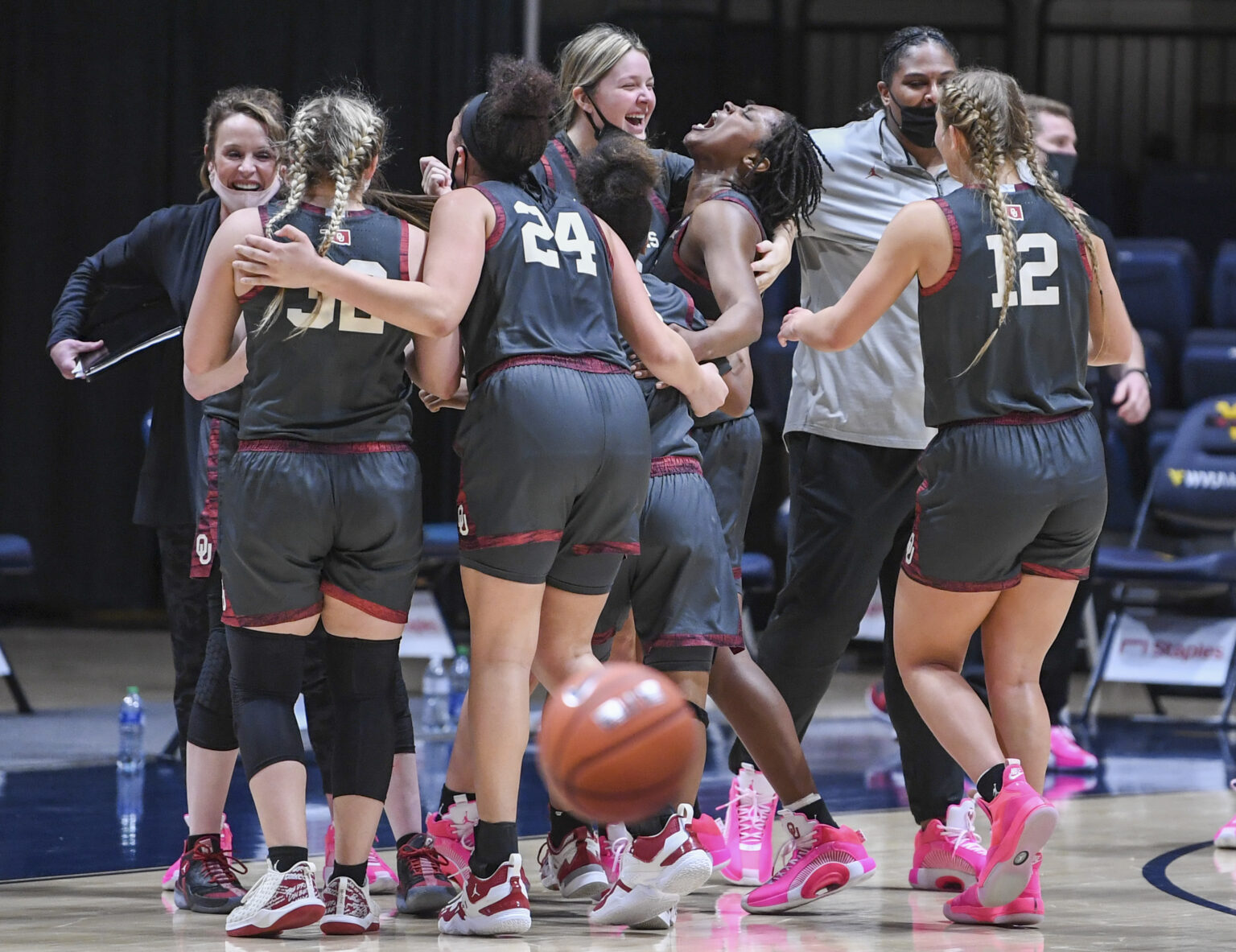 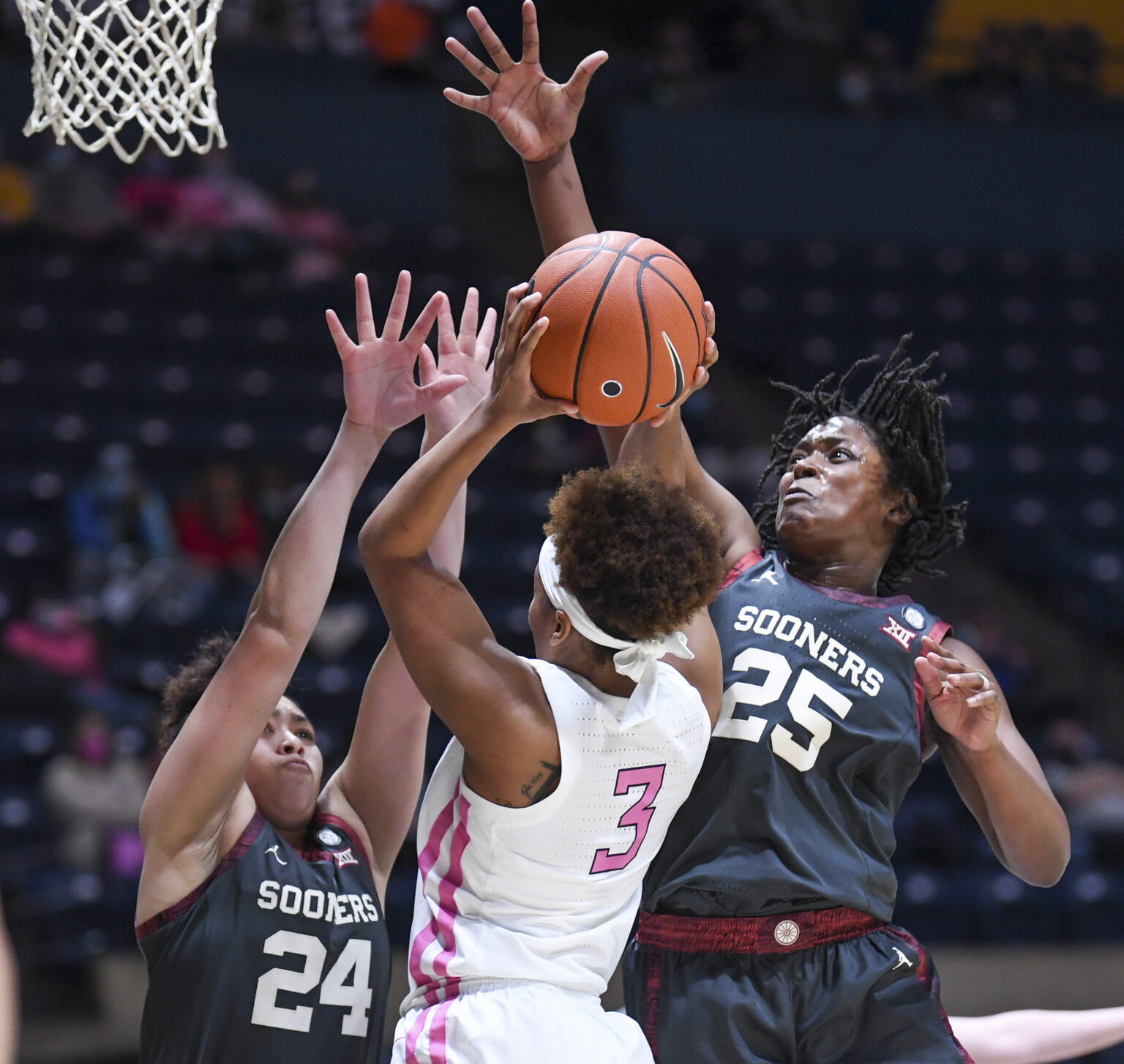 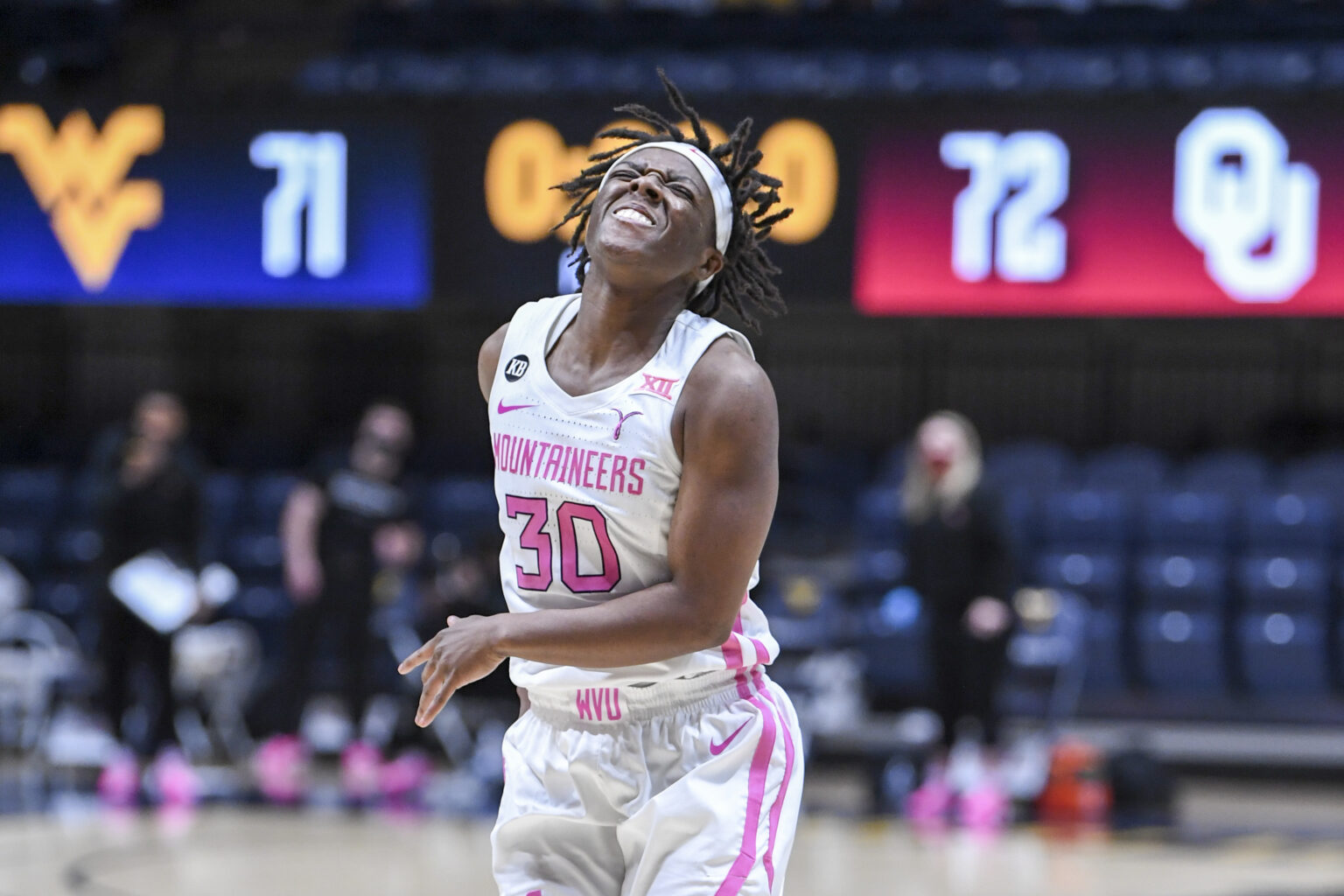 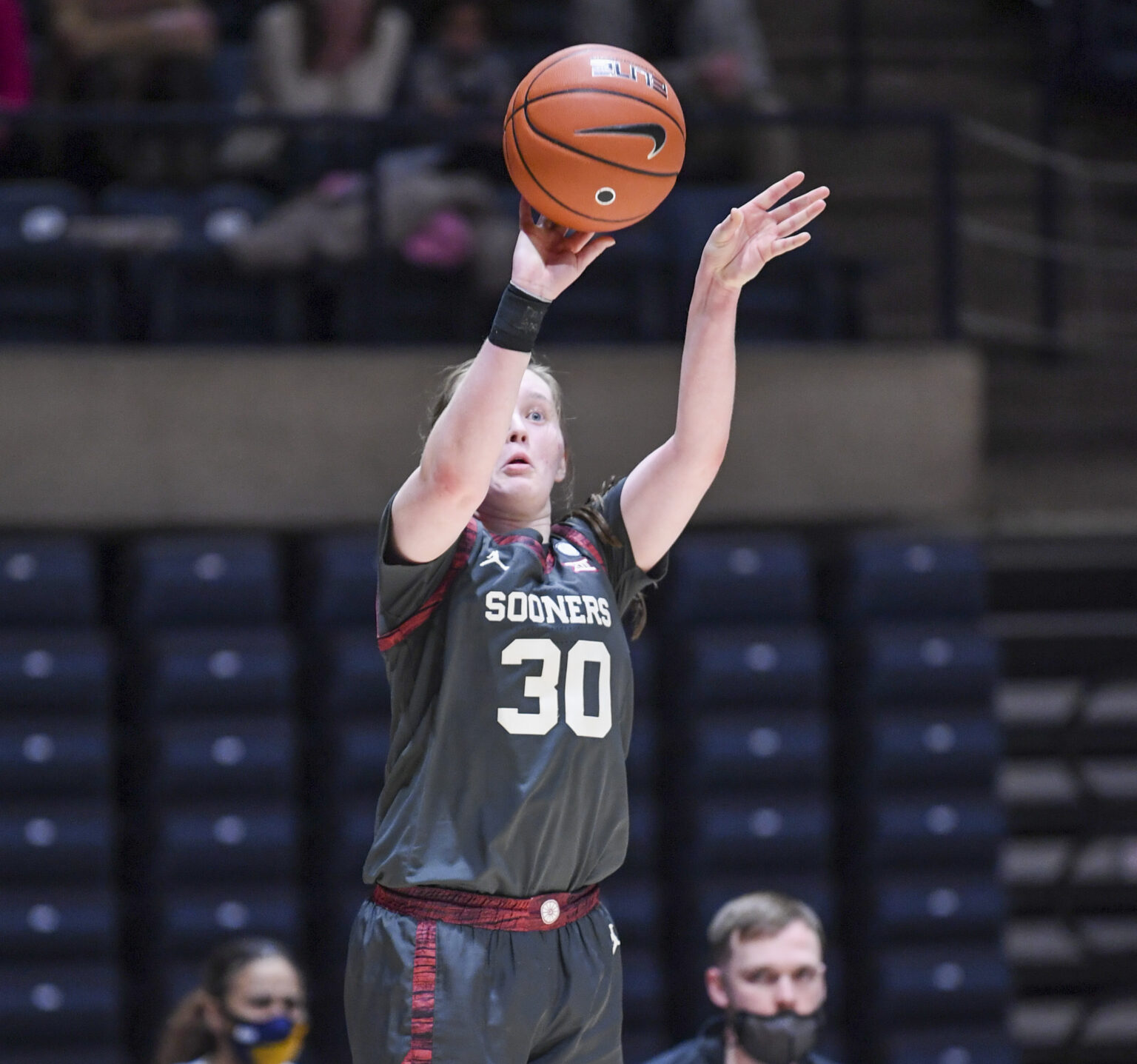 MORGANTOWN, W.Va. — Leading by a dozen with 10:29 to play, it appeared the WVU women’s basketball team was well on their way to taking a 12-game win streak into their marquee matchup at Baylor Wednesday night in Waco.

Oklahoma however scored the next 18 points and watched as a pair of potential game-winning shots rimmed out in the final seconds as the Sooners stunned the Mountaineers, 72-21 at the Coliseum. It is the first WVU defeat since falling to Oklahoma State on December 18 in Stillwater.

“We weren’t getting back to play defense. We weren’t getting to the foul line. Way too many turnovers once again, we were leaving our feet in the paint. Those kinds of things all add up to a loss,” said WVU head coach Mike Carey.

West Virginia closed the first quarter on an 8-0 run, giving them a 20-13 lead at the end of one. They kept the momentum with a 9-3 run to start the second quarter. Their 29-16 lead was the largest of the half.

However, Esmery Martinez and Kari Niblack both picked up their second personal fouls early in the quarter and OU took advantage. The Sooners crept within four points at the half, trailing 40-36. West Virginia shared the ball well in the first half, dishing out 12 assists on 15 made shots from the floor.

West Virginia rebuilt a double-digit lead in the third quarter. A Kysre Gondrezick transition layup put WVU up 66-54. They led 66-57 at the end of three.

In the fourth quarter, Oklahoma caught fire offensively and locked down defensively. OU opened the frame on a 15-0 run to take a 72-66 lead at the 2:30 mark. KK Deans scored WVU’s first basket of the quarter with just two minutes left to play. Deans would add a 3-pointer with 28 seconds left to pull WVU within a point at 72-71.

West Virginia forced a turnover on a Sooner inbounds play and they took possession with 22 seconds left. After an OU foul, WVU inbounded the ball with seven seconds left. Martinez and Smith missed potential go-ahead shots on the ensuing possession as time expired.

Foul trouble for the Mountaineers in the first half compounded in the second half as their two starting forwards, Niblack and Martinez, picked up their fourth fouls in the fourth quarter.

“That hurt us, especially when Oklahoma plays five guards out,” Gondrezick said. “We had the lead at the moment and with the personnel we had in the game, it was a struggle to matchup defensively. They got some easy buckets in transition that allowed them to get back in the game.”

Deans led the Mountaineers with 22 points. Gondrezick scored 19 and Jasmine Carson added 10 points on 4-for-4 shooting from the floor.

WVU turned the ball over 20 times, leading to 22 Oklahoma points. “Everybody is clogging up the paint on us,” Carey said. “They know we are going to drive. We are not making good decisions when we get in the paint. We have to kick it away or we have to keep our dribble and get out of there. Probably ten times tonight we went down there and they clogged it up. We left our feet, had nobody to pass it to and turned it over.”

This game was originally scheduled for Sunday afternoon but was moved up on Friday due to potential winter weather in Oklahoma Sunday.

“We can’t blame that,” Carey said. “It didn’t have an effect on turnovers. It had no effect on not getting back on defense. We acted like we were really tired and didn’t get back.”

“You have to have a short memory,” Deans said. “Everyone hates losing but we have Baylor coming up which is a bigger game. We’ll be ready.”