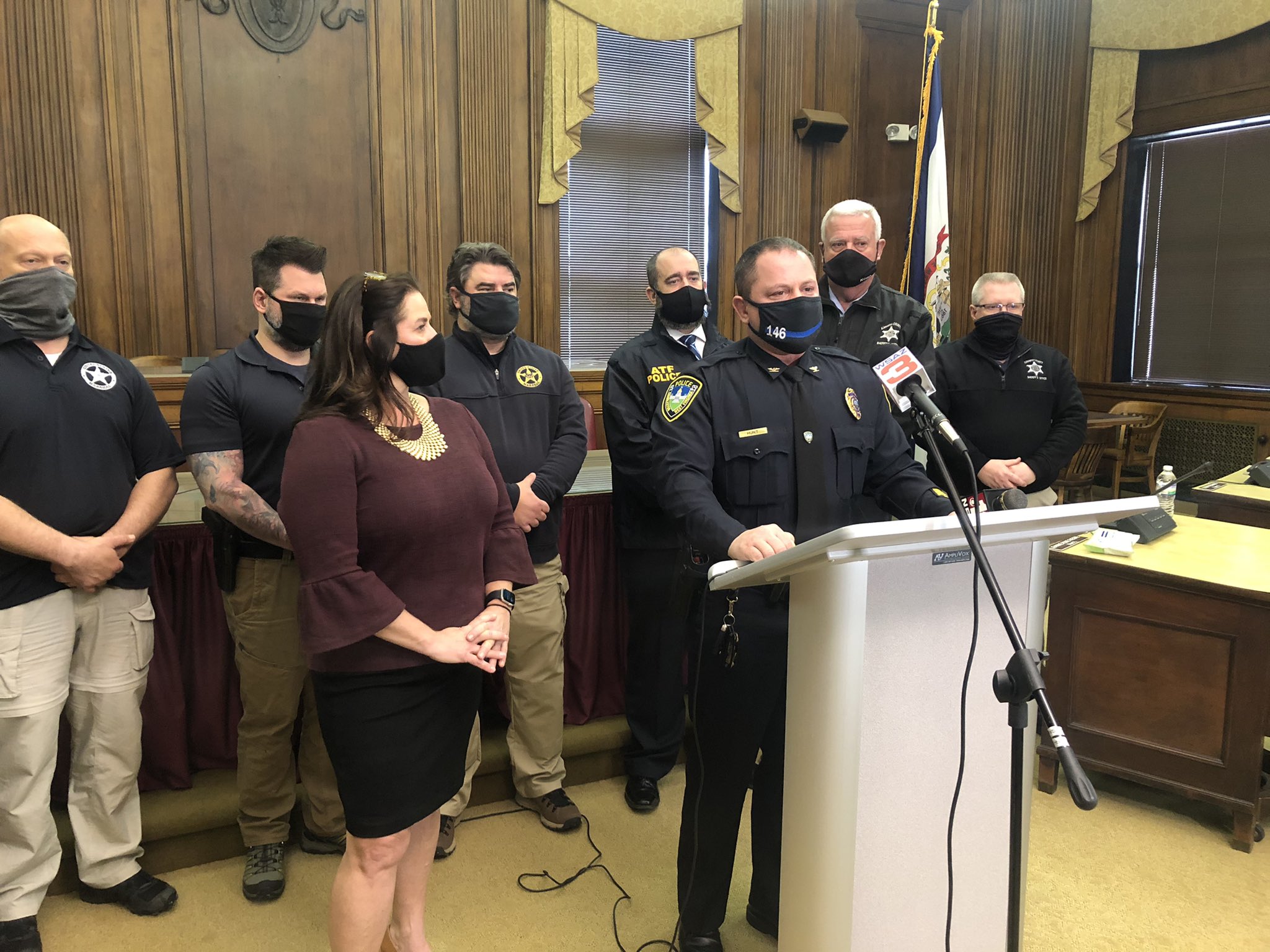 CHARLESTON, W.Va. — Charleston Police Chief Tyke Hunt announced the largest warrant sweep in over 20 years for the department on Wednesday, resulting in dozens of arrests.

U.S. Marshal Michael Baylous proposed this operation in honor of CPD Ptlm. Cassie Johnson who was killed in the line of duty in December. Johnson worked on Delta shift and her unit number was 146 giving the operation its name.

“This warrant sweep exemplified the collaboration between several fine organizations and acted as a way to continue to honor Ptlm. Johnson’s legacy,” Hunt said.

“The results correlated well with her work ethic. Making our city safer is exactly why she chose her profession.”

Warrants were served specific to gun crimes, violent crimes, felony drug crimes, felony person crimes and other serious felonies, according to Hunt. The chief said the majority of the arrests were in Charleston and others were connected to the city.

“We arrested a murder suspect. One of the arrests was able to take one of Patrolman Cassie Jonhson’s final cases into the court system where they will be prosecuted,” Hunt said of the operation.

Lissa Jordan with the ATF and Jack Sparks with the DEA also offered their agents and support.

“Any time we work with our federal partners, we begin to see a response multiplier. When we set our minds to a particular task or location, we can get a lot more accomplished. This effort today (Wednesday) proves just that,” Hunt told the media.

In a thank you letter published Wednesday to all those who have came to support the department during the operation and Johnson’s death, Hunt confirmed President Joe Biden personally phoned Johnson’s family to give condolences.

“Thank you to every agency and each officer that made Operation Delta 146 a record success in our city. This operation was the perfect way to honor Ptlm. Cassie Johnson. The results correlate well with her work ethic. Making our city safer is exactly why she chose her profession,” Hunt said in his letter.