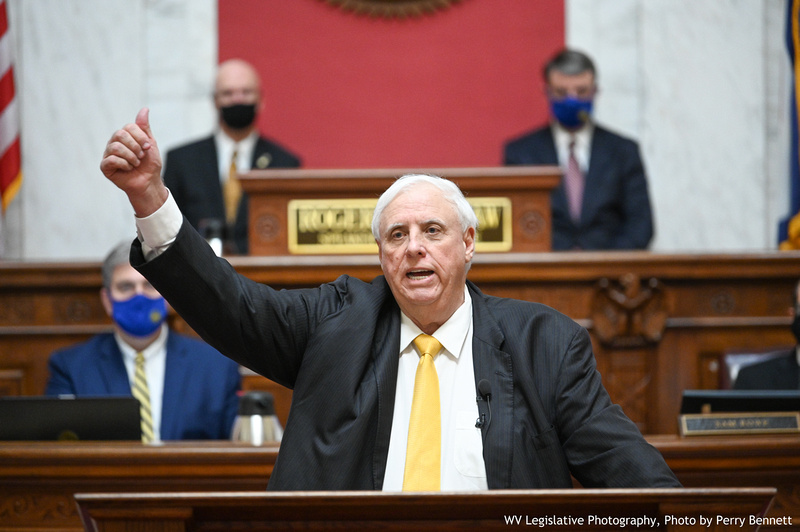 This was one of Gov. Jim Justice’s priorities, expressed during his State of the State address last week. House Bill 2019 still would need to be approved by the state Senate.

“You see, I am hung up like crazy on tourism and economic development.  Tonight I am asking you to create two agencies, two new cabinet positions.  I will put Mitch Carmichael in the economic development position and Chelsea Ruby in the tourism position,” Justice said a week ago.

“Mitch is stuck on on. Everybody that knows Mitch knows he’s stuck on on all the time. He could probably sell bread to starving Russians on credit, you know,  and Chelsea has done an amazing, amazing job. That’s all there is to it.”

Carmichael began serving in the Senate in 2012 and before that was a member of the House of Delegates, starting in 2000. Carmichael was employed by the internet firm Citynet as business development manager, although he spent much of his time at the Statehouse even when lawmakers were not meeting.

Ruby has been tourism commissioner since 2017, the start of Justice’s first term. Prior to that, she was marketing  and communications director for the West Virginia Department of Commerce.

Some delegates questioned whether the move would result in additional costs over the long run. And some questioned how it looks to move Carmichael into a higher-profile position just months after he was defeated for re-election.

But those who supported the bill said it shows West Virginia’s emphasis on tourism and economic development. By being just a rung below the governor on the executive branch hierarchy, supporters said, the top advocates for tourism and development will command even greater respect.

“This is just another thing we need to do to elevate the importance of these two offices,” said Delegate Vernon Criss, R-Wood. “This elevation is important for Tourism. It’s also important for economic development.”

Several delegates made the point that the change would still be in effect for new officials to hold those positions in the future. But many offered praise for the work of current Tourism Commissioner Chelsea Ruby.

Delegate Brandon Steele, chairman of the Government Organization Committee that had earlier considered the bill, said the change to cabinet secretary would provide clout for state government’s leading tourism advocate.

Delegate Marty Gearheart, R-Mercer, wondered if the natural progression could be for the newly-established cabinet-level offices to grow and cost more in the future.

Delegate Mike Pushkin objected to Carmichael being elevated so soon after being voted out of office. Pushkin noted that the Senate’s Republican majority, led by Carmichael, was a barrier over much of last year to legislators calling themselves into special session for more oversight of the governor’s handling of the coronavirus pandemic.

While a bipartisan supermajority of delegates signed on for a special session, only Senate Democrats and a couple of Senate Republicans did the same.

Now, Pushkin concluded, Carmichael is being rewarded by the governor.

“This is the swamp, folks,” said Pushkin, D-Kanawha.