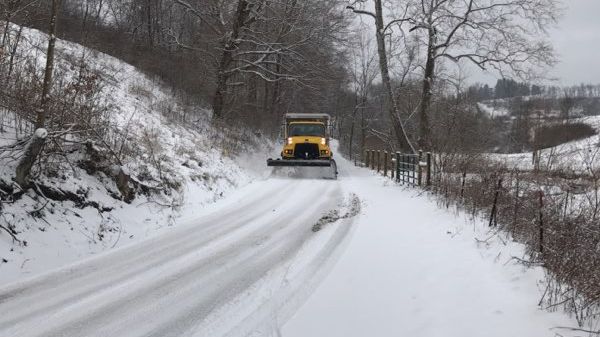 CHARLESTON, W.Va. — Even as crews attempt to restore power to thousands left in the dark by a pair of  ice storms, West Virginia is in the path of another major winter weather system.

“Snow will initially overspread the area this evening and much of tonight. When we start moving into tomorrow, Thursday, there’s the potential some of that could transition to more of a wintery mix,” said National Weather Service Meteorologist Simone Lewis.


That mix will most likely hit southern West Virginia and seven counties which are already reeling from two ice storms in the past week. Conditions remain a thick coating of ice on all surfaces, particularly tree limbs and power lines.

“We’re not looking at as much ice as we’ve had from previous storms. Generally just a light coating to a tenth of an inch, but still any ice creates havoc,” she added.

The status of the wintery mix is still unclear, but the storm will be a statewide event. The northern panhandle and counties across north central West Virginia can expect two to four inches of snow. Lewis said the counties of central and southern West Virginia were in line for four to six inches of accumulation. and the mountain counties and eastern panhandle could receive anywhere from five to ten inches of accumulation.

This will be a wet snow, which will cause additional tree damage and power outages in areas hard hit by recent ice storms.

The snow is expected to be heavy and wet, potentially putting an even greater strain on already laden trees encased in ice and threatening to bring down more power lines.

“That could definitely make issues in the counties that have been most impacted by the previous two winter storms,” Lewis added.