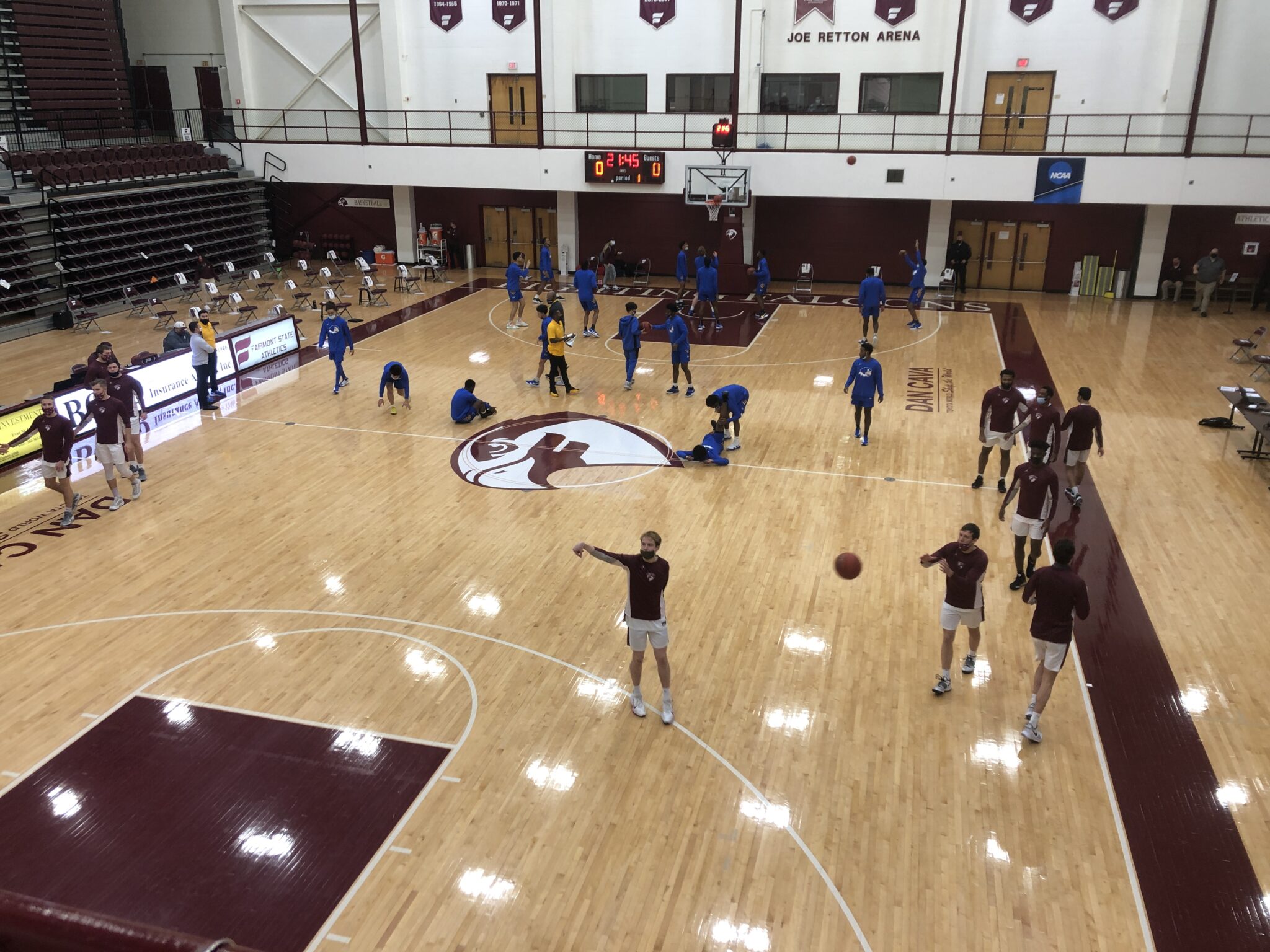 “I thought our second-half execution was not as good,” Falcons’ head coach Tim Koenig said. “We turned it over nine times in the second half alone and finished with 11 total. We have to clean it up. We did not rebound the ball like we needed to. I would much rather learn from a win than learn from a loss. That was a good team, and that was a good team win.”

The Fighting Falcons tied a season-high 12 made three-pointers, including nine in the first half. The bulk of the treys came from junior Isaiah Sanders, who recorded seven of them.

“We are smart enough to give the ball to the hot hand in the first half. That is the way [Notre Dame] guarded. They packed it in, and they did not want us to get into the paint,” Koenig said. “We have not shot the ball great from three so I understand their logic was. We shot 25 of them, and I do not remember too many of them that were guarded.”

Fairmont State was led by Sanders. who recorded a career-high 31-points. Sanders tallied 22 points in the first half and shot an impressive 8-of-13 from the field

“It really started on the defensive end. He played really good individual and help defense. He got to the glass early, and he took open shots. People are rewarded when they do the right thing. Obviously, he made shots. He played great, but when he did that and played the right way it is not a coincidence that things like that work out like that,” said Koenig. “He shot the lights out.”

“It felt good. I just told myself to keep shooting it till they stop it. They had a couple of hands up, but I shot it good tonight. I had a really good night,” said Sanders.

Sanders shot 44 percent from long distance a season ago and worked on different mechanics in the offseason, including improving his three-point shot..

“During summer, something I worked on a whole lot was my three-pointer. I know last year was not as good as it could have been, but that is just a result of hard work,” said Sanders.

“He did a really good job for us off the bench. He played a little on the perimeter when the big guys guarded him. He played closer to the basket when guards guarded him. We try to use common sense as best as we can with all of our guys, especially him. He did a nice job defensively. He is really versatile, and he can switch a lot,” said Koenig. “He gives a huge lift off the bench.”

“When [Notre Dame] had some guards that are not 6-foot, first we were getting it into the paint. Later in the game, they put some bigger guys on me and I was going right at them. Either way, it felt like eye candy,” said Dobbs.

The Fighting Falcons were able to find a different open guy throughout the game. They finished the game assisting on 16 of 25 field goals.

“We are moving the ball. There were quite a few we missed that would have been even more. The guys moved the ball well. They took what they gave us, and did a nice job. We played a little iso ball there for a stretch, which we did not like. Overall, offensive execution was pretty darn good,” said Koenig.

Fairmont State will have two huge tests to finish its regular season. The Fighting Falcons will face two of the top teams in the Mountain East Conference (MEC) in West Liberty and Glenville State.

“We just have to take it day-by-day and play hard every game. We cannot take anybody lightly. If we play hard, we will be good,” said Dobbs.

Fairmont State will head to Philippi to face Alderson Broaddus on Saturday. Notre Dame takes on Wheeling University this weekend.