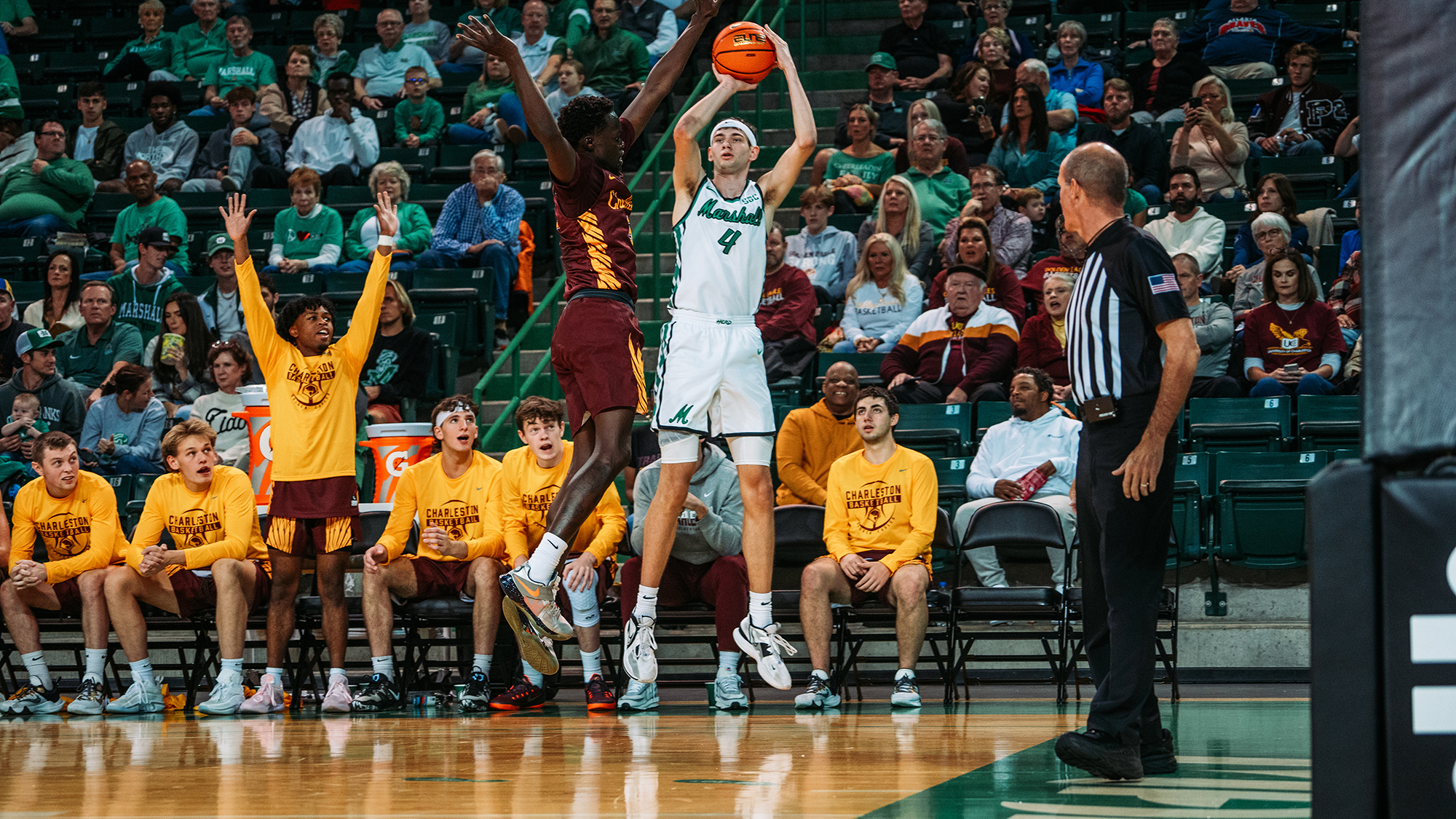 Marshall's Jacob Conner releases a shot from the perimeter against Charleston in Friday's exhibition. Photo courtesy of @HerdMBB

HUNTINGTON, W.Va. — Marshall got double-digit scoring efforts from two veterans and pulled away in the second half to defeat the University of Charleston, 92-66, in an exhibition game Friday night at Cam Henderson Center.

Kinsey, senior guard from Columbus who opted to return for this season, connected for 20 points. He went 8-of-14 from the field and contributed five assists and five rebounds. He averaged 19.1 points last season.

Since the Herd has moved to the Sun Belt Conference this season, Kinsey was named to the league’s Preseason First Team and 2023 Jerry West Award Watch List.

One player the Herd faithful in the crowd of 3,608 was eager to see was guard Kamdyn Curfman, a transfer from VMI with a good touch from 3-point range. However, he went 1-of-9 from beyond the arc and was held to three points. That triple came with two seconds left in the game.

Curfman had a 15.7 scoring average for VMI last season. He, too, was named to the All-Sun Belt Conference Preseason Third Team.

Eddie Colbert III paced the University of Charleston with 21 points. The Golden Eagles had 10 3-pointers to eight for the Herd.

Marshall led 47-36 at halftime, then outscored the visitors 45-30 in the second half. Charleston cut the lead to 35-33 with 4:28 left in the first, but Marshall took over from that point.

Marshall led in points in the paint 52-30. Anochili-Killen racked up four of the home team’s 10 blocked shots.

The Herd plays its second exhibition Wednesday against the University of Pikeville. Game time is 7 p.m. at the Henderson Center.