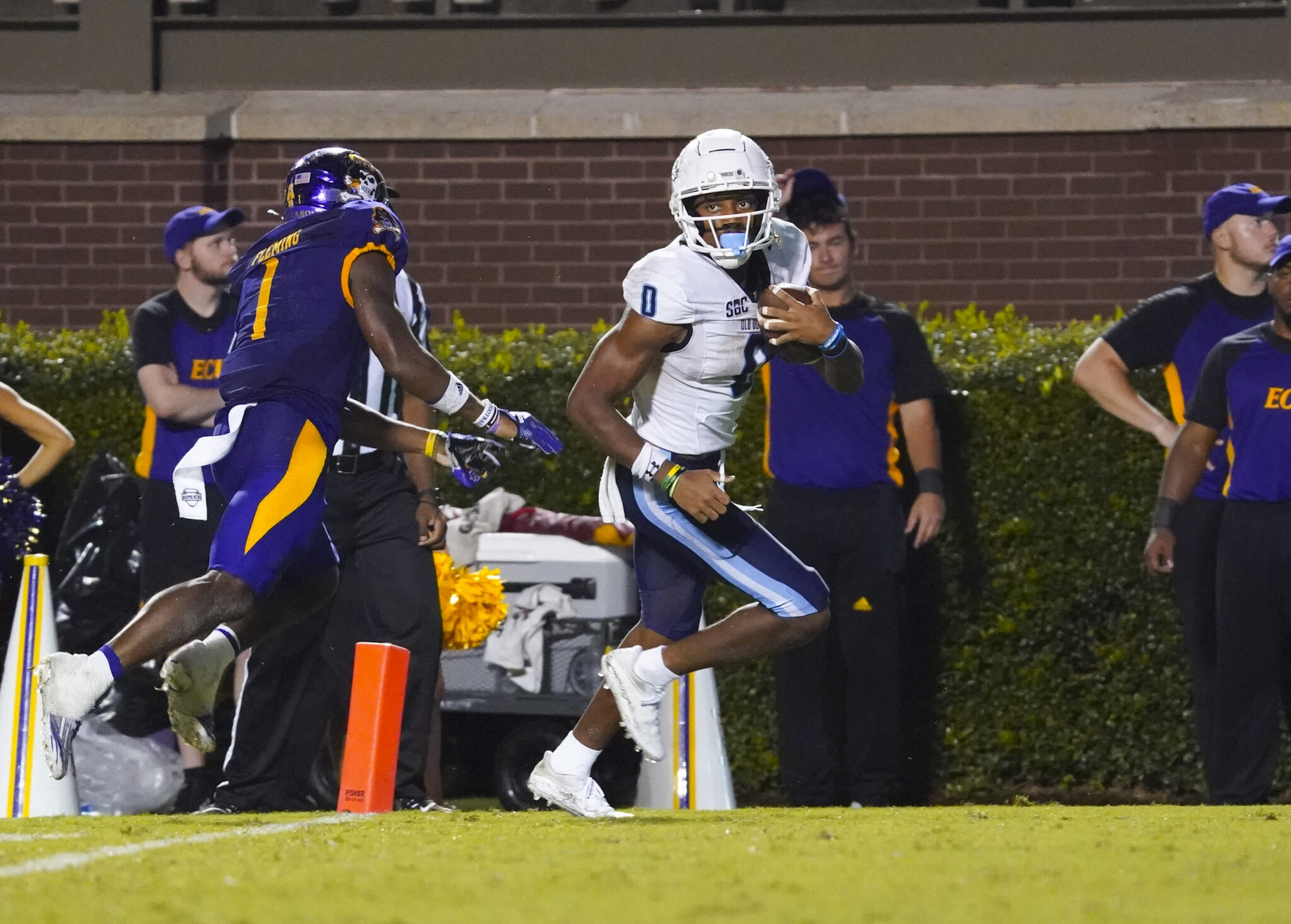 HUNTINGTON, W.Va. — Marshall football is hopeful for yet another turnaround in what has been a topsy-turvy 2022 season.

This time, the Herd looks to get back on the winning track when it travels to Norfolk, Va. to take on Old Dominion.

Saturday’s game kicks off at 2 p.m. at S.B. Ballard Stadium. It can be seen on ESPN+.

Marshall head coach Charles Huff expects a dogfight with the Monarchs and sees a team that relies heavily on its ground game but can stretch the field as well.

“When they run the ball consistently, they make you put more in the box and that helps their passing game,” Huff said. “Their tight ends are a big part of their passing game and their ability to catch the ball downfield challenges a defense and stretches the field.”

The Monarchs throw for slightly more than 253 yards per game, while running for nearly 105 yards.

Sophomore quarterback Hayden Wolff has thrown for 2,005 yards and 14 touchdowns with three interceptions.

Redshirt junior Blake Watson is the Monarchs’ top back with 675 yards and five touchdowns.

Wide Receiver Ali Jennings, who previously played two seasons at West Virginia, has 929 yards and nine receiving touchdowns. Jennings’ 929 yards are good for No. 2 nationally, while the former Mountaineer is averaging 18.5 yards per grab.

Marshall’s defense finally figured out Coastal Carolina’s offense last week, but not before giving up 21 points in the first half. The early struggles didn’t tarnish some of the Herd’s impressive defensive numbers as Marshall is 15th in the nation in points allowed per game (17.5), No. 8 in total defense (282.8 yards per game) and No. 6 in rush defense (87.1 yards).

Second-year ODU head coach Ricky Rahne says there is no secret as to why the Marshall defense is so strong.

“They have good players,” Rahne said. “They roll a bunch of guys in and out on their defensive line so those guys are able to stay fresh and continue to make plays.

“They also play very hard on defense, which is a credit to those kids, but also to their coaches. Their defensive backs are very opportunistic. They’ve made a bunch of big plays.”

Marshall out-gained Coastal Carolina by 136 yards in last Saturday’s loss, but only scored 13 points, including three points over the final 30 minutes after facing a 21-10 halftime deficit.

Herd quarterback Cam Fancher had his best passing game with 320 yards, but the Chanticleers halted Marshall’s rushing attack. Tailback Khalan Laborn, already over 1,000 yards for the season, was held to 59 on 15 carries.

The inability to score when reaching the red zone doomed Marshall last week, as the Herd scored a mere 10 points in five trips inside the Coastal 20-yard line.

“We’re putting an emphasis on playing well, doing your job, eliminating penalties and penalties,” Huff said. “When we do this and run the ball effectively, we do well. Everyone has to do their job.”

The Herd and Monarchs they were both in Conference USA the past eight years. Marshall leads the all-time series 6-1 and defeated Old Dominion in Huntington last season in overtime, 20-13.