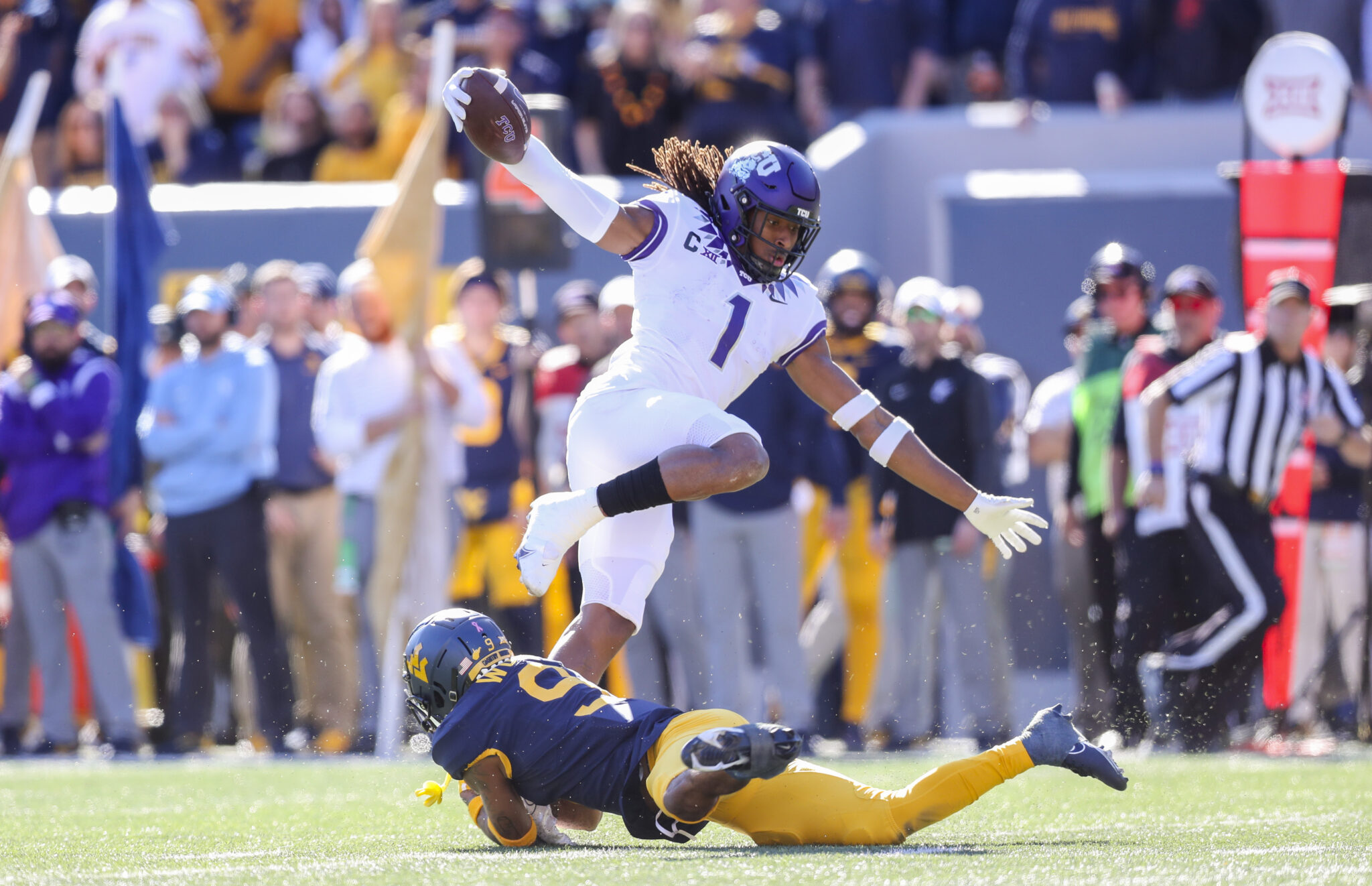 MORGANTOWN, W.Va. — Something has to give at 3:30 p.m. Saturday when West Virginia tries to slow Iowa State in a game between two teams that have combined for a 1-9 mark in Big 12 Conference play to this point.

The Mountaineers, whose defensive struggles have been well-documented, are last in the league in scoring defense, surrendering an average of 34.6 points.

Meanwhile, the Cyclones (3-5, 0-5) have sputtered offensively throughout much of the 2021 campaign, and their average of 21.6 points is nearly 10 short of the closest Big 12 team.

Although WVU allowed 41 points in last Saturday’s loss to unbeaten TCU, the Mountaineers displayed significant defensive improvement as the game progressed by limiting the Horned Frogs to 13 points and one touchdown in the second half.

“We adjusted some things secondary wise and kind of went with our pressure plan from that point,” West Virginia defensive coordinator Jordan Lesley said. “That was really the only thing that was different other than the goal line stand — and that was just our kids. That was one of the better offensive lines we’ve played up to that point, and on all three of those snaps, the line of scrimmage moved backwards. That was a difference in how our kids played. Really a tale of two halves, but the first half was self-inflicted.”

The first two quarters against TCU looked all too similar to West Virginia’s defensive efforts throughout much of Big 12 play.

The Mountaineers forced TCU to punt past midfield on its opening series, before the Horned Frogs scored touchdowns on four straight possessions. Three of the four scoring plays covered 50-plus yards and the fourth was a 30-yard run late in the opening half.

Max Duggan’s 71-yard touchdown pass to Taye Barber was a coverage bust, according to Lesley. Barber was matched up with mike linebacker Lee Kpogba and the Mountaineers’ defensive coordinator said safety Aubrey Burks guessed wrong when he thought a screen to wideout Quentin Johnston was coming, which prevented him from offering help over the top.

“One was in a 2-minute situation and the other was very simply a missed alignment, which would not have been a critical error had we not been trying to defend the entire field in the run game with those 10 personnel sets,” Lesley said. “I always make that equivalent to basketball on grass. If you’re in a zone, you rotate over to cover one thing, you’re a little light somewhere else and it all it takes is one mistake to expose it.

“They got us on two of those and both were spread out formations on the inside run game and both were misfit. Part of it is good offense. The 2-minute one, you’re trying to defend the situation as much as you’re trying to defend the offense. The coverage isn’t great, but we have to get it down and we had one misfit and one missed tackle. In that style of offense, that’s all it takes for that play to be explosive.”

The Horned Frogs finished with 494 yards, though only 162 of those came after halftime. While the Mountaineers’ lone sack of Duggan occurred in the opening quarter when Jared Bartlett brought him down for a 12-yard loss, West Virginia affected more throws from TCU’s standout signal-caller after halftime.

“We’re starting to blitz better,” head coach Neal Brown said. “We hit home with some blitzes on Saturday and really late in the Texas Tech game, we hit home on a couple blitzes. That was kind of the start of it. We won in some 1-on-1 pass rush situations. We were dropping eight probably a little bit more than we needed to. Our strength in our defense right now is in our front and allowing them more opportunities to do what they do best.”

Both Lesley and Brown attributed the defense’s ability to bring heat and utilize man coverage to the presence of cornerback Charles Woods, who started and finished a game for the first time this season.

“Having Charles back helps. The other thing is we have several guys out now,” Brown said. “You have to play to your strengths sometimes. You know where you have your issues and you’re trying to cover-up some of your issues sometimes when maybe the better answer is to play to your strengths. That’s what I’ve encouraged to our defensive staff is let’s play to our strengths. Charles allows us to do that and we can play some different coverage types, because he doesn’t need as much help.”

The challenge West Virginia now faces is maintaining the level of play from last week’s second half and building on it.

Iowa State scored 95 points in three non-league wins, though only 10 in a narrow victory against rival Iowa. Since then, the Cyclones have only 78 points in five Big 12 games, while failing to surpass 24 against a league foe.

Much of the struggles center around an inability to run the ball. ISU is rushing for 97 yards on average — 40 fewer than the next closest Big 12 team.

“They’re creative with how they get the ball to their playmakers and a lot of that is through using the pass game as the run game type philosophy,” Lesley said. “Very creative with motions and shifts and they can get you in some tough situations if you don’t rotate it over or line up right.”

There is no more productive playmaker for the Cyclones than wide receiver Xavier Hutchinson. The senior leads all FBS players with 77 catches and is seventh in college football with 830 receiving yards.

If the preseason All-Big 12 cornerback can continue to play at the level he displayed against TCU, it aids the Mountaineers in their quest to limit Hutchinson and creates opportunities to pressure Dekkers.

Yet Lesley maintains deciding how often and when to blitz becomes somewhat of a chess match, particularly after West Virginia had recent success with it.

“When you get [Woods] back for a full game, it creates some single matchups where our strength is, which is the front of our defense,” Lesley said. “With any coaching staff in our league, do you want to start the game with that [blitzing] philosophy and give them a chance to adjust and know what you’re in. Or do you want to try to hold it and say, ‘this is what we’re going to do as the game goes on’, and see if they can adjust to it. There’s a little of both. Having that one guy back was really the deciding factor on this is something we think we’re able to do here.”