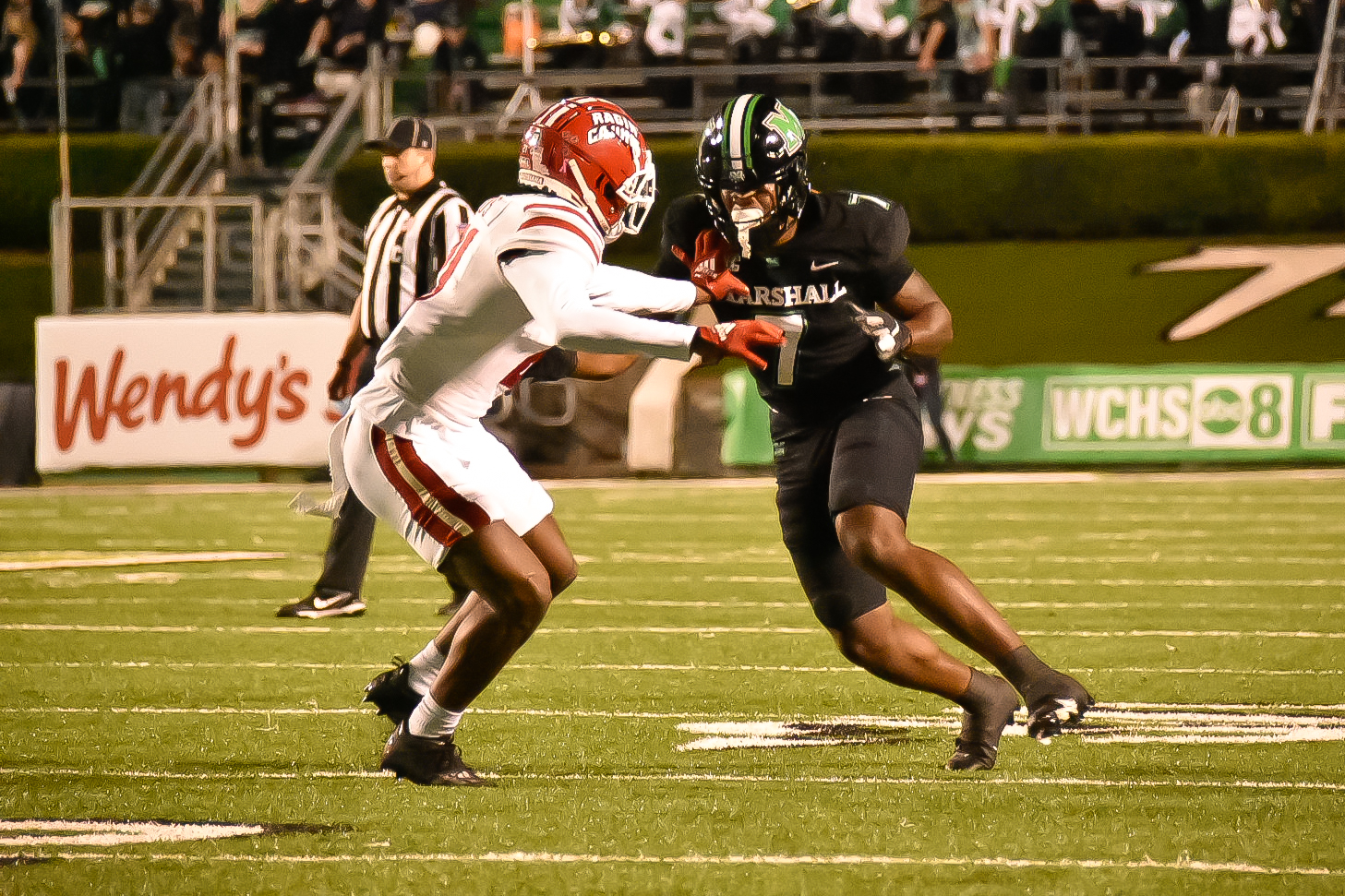 Marshall needs a bounce back victory to stay above the .500 mark for the season and avoid losses in four of its first five Sun Belt Conference games when the Thundering Herd takes on Old Dominion at 2 p.m. Saturday.

The game at S.B. Ballard Stadium can be seen on ESPN+.

The Herd and Monarchs are plenty familiar with one another from their time in Conference USA the past eight seasons.

The teams didn’t meet in 2020 as the Monarchs did not have a season during the COVID-19 pandemic.

Ricky Rahne is in his second season as ODU’s head coach. He has a 9-12 record.

Here are three things to look for on Saturday when the teams clash in Virginia’s Tidewater Region:

Marshall’s defense has held up relatively well in most contests. Herd defenders struggled to figure out Coastal Carolina’s offense in the first quarter of last week’s  loss, but then shutdown Coastal’s offense over the final three quarters.

Old Dominion offers an interesting challenge on Saturday as the Monarchs pride themselves on balance.

Of ODU’s 357 yards per game, 253 come through the air. Most of the damage done on the ground has been by tailback Blake Watson, who paces the Monarchs’ rushing attack with 672 yards and five touchdowns.

But it’s the threat of ODU stretching the field which particularly has Marshall’s attention — and one of college football’s most productive wideouts is a big reason why.

Ali Jennings, a West Virginia transfer, has 50 receptions for 929 yards and nine touchdowns. Jennings has scored a touchdown in seven straight games and all but one this season, when he still managed 122 yards on five receptions in a season-opening win over Virginia Tech.

Corey Gammage continued his strong play of late with eight receptions for 187 yards.

Gammage has consecutive 100-yard receiving games to give him 548 yards and four scores this season.

Another big game in Norfolk by Gammage could open up things for other parts of the Marshall offense, particularly if it helps take ODU defenders out of the tackle box.

Marshall’s standout tailback Khalan Laborn is over 1,000 yards this season, but was limited to 59 yards last week.

The more Gammage can make plays through the air, the more honest defenses will have to play the Herd, who have had far more success rushing than passing.

One thing that stands out to Marshall head coach Charles Huff this week is the size of Old Dominion’s offense line.

The Monarchs’ starting offensive tackles average 308 pounds, while left guard Stephon Dubose-Bourne is the biggest lineman at 310 pounds. Center Xavier Black and right guard Leroy Thomas are a bit lighter and in the 270-pound range.

The group will go against Marshall’s relatively-light, but fast defense and who wins the battle in the trenches likely wins this game.

Marshall’s defenders have shown the ability to chase down players with their speed and create havoc for quarterbacks.

Owen Porter, Koby Cumberlander and Sam Burton have combined for 13.5 sacks this season, while Charlie Gray and Eli Neal bring speed and toughness to MU defense.

Making Monarchs’ quarterback Hayden Wolff uncomfortable is the mission for the Herd defenders on Saturday.

NOTE: The Sun Belt Conference announced a 3:30 p.m. start time for Marshall’s home game with Appalachian State on Saturday, November 12 at Joan C. Edwards Stadium. The game is being shown on ESPN+.

Marshall will honor the 75 victims of the November 14, 1970 plane crash at the game, which is being played two days before an annual on-campus memorial service at the Memorial Student Center Plaza.