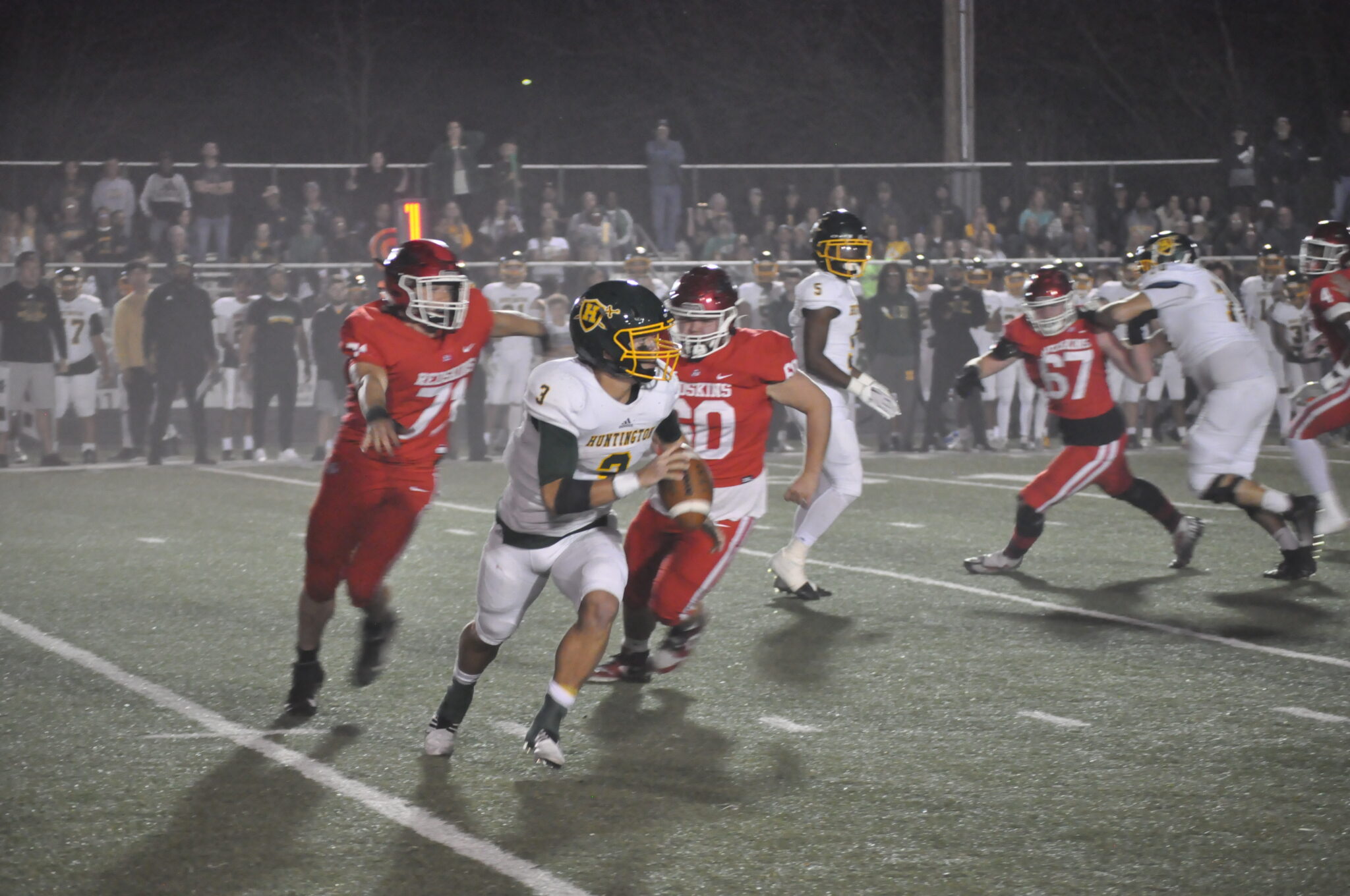 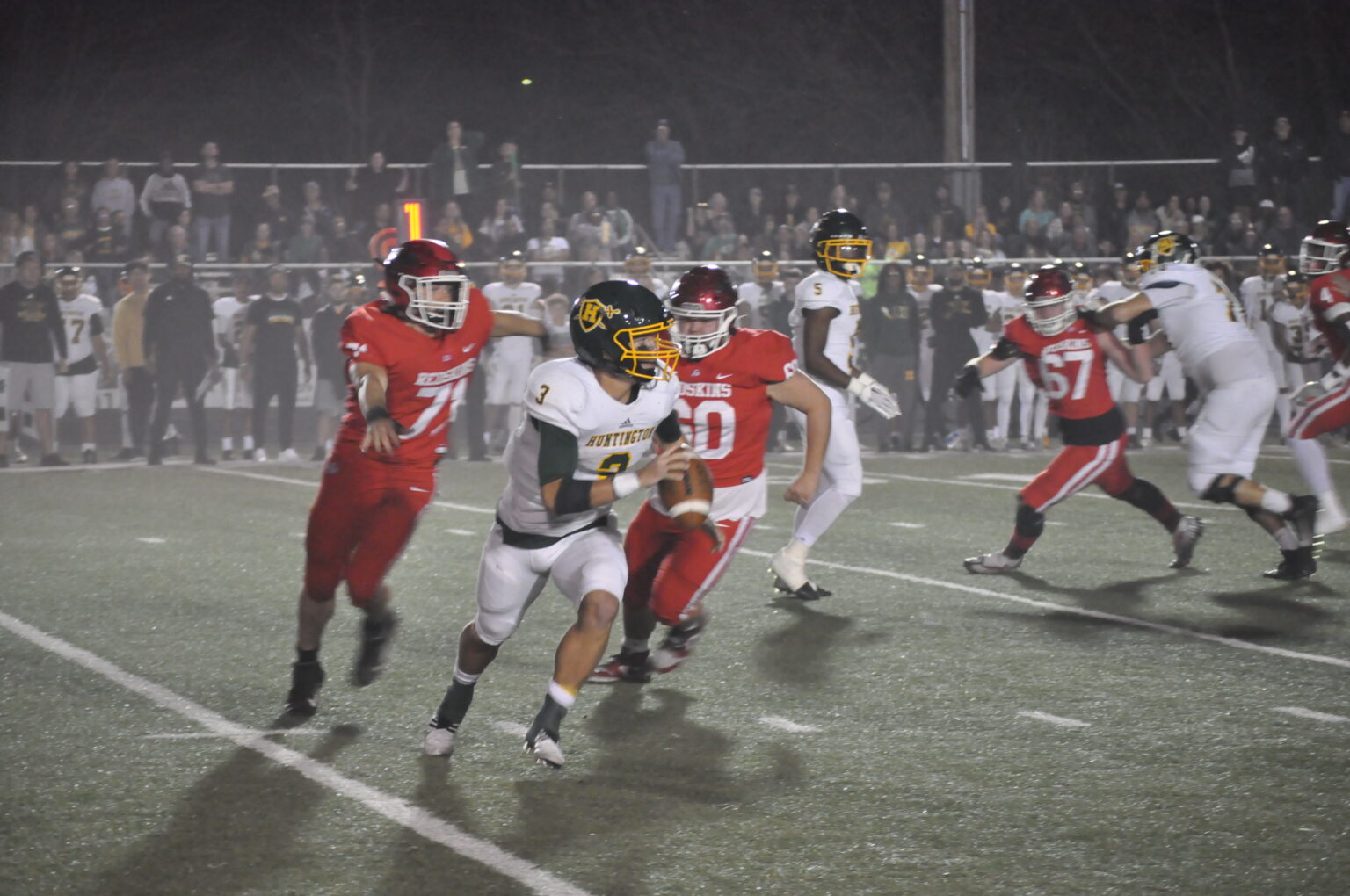 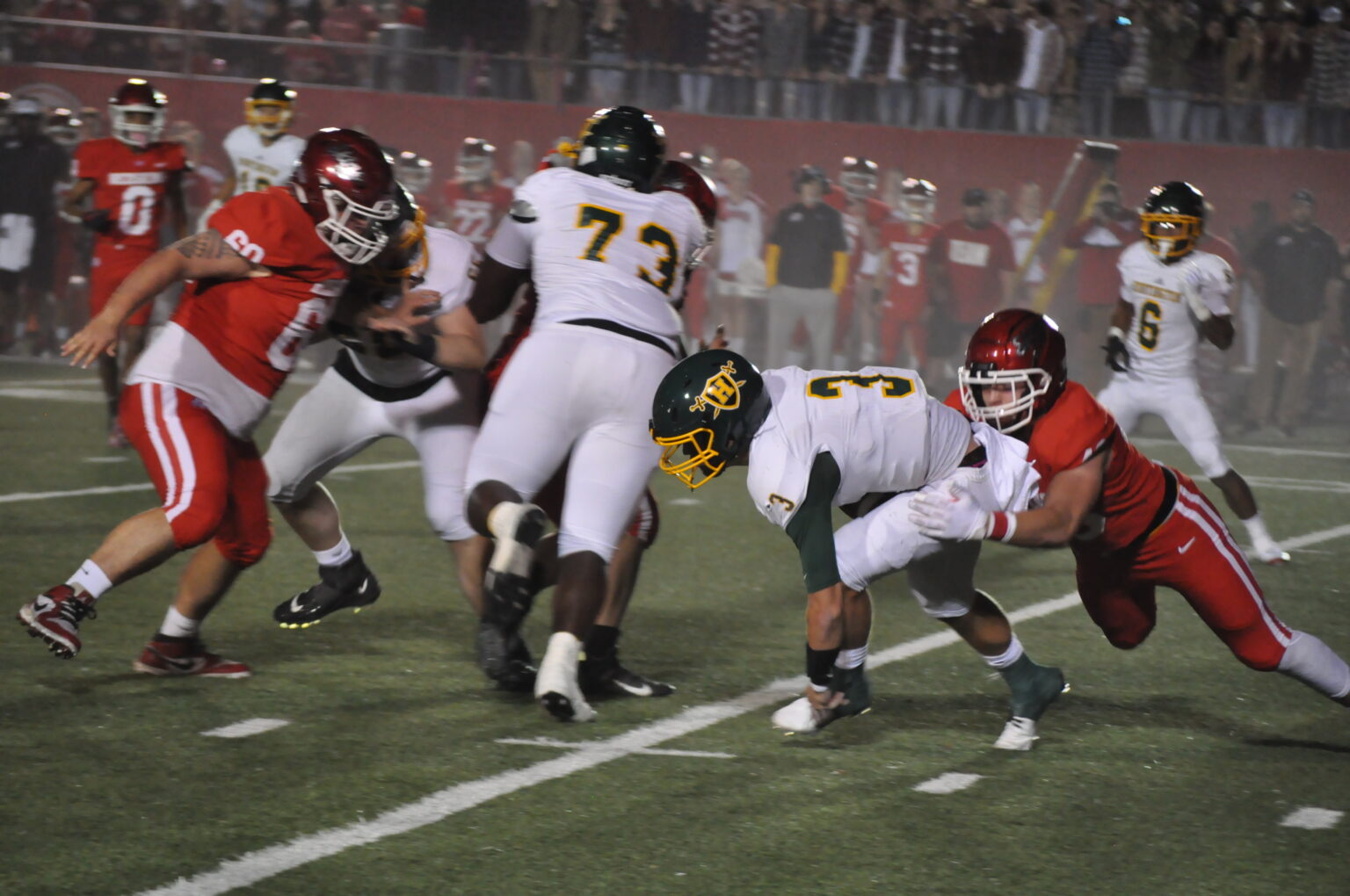 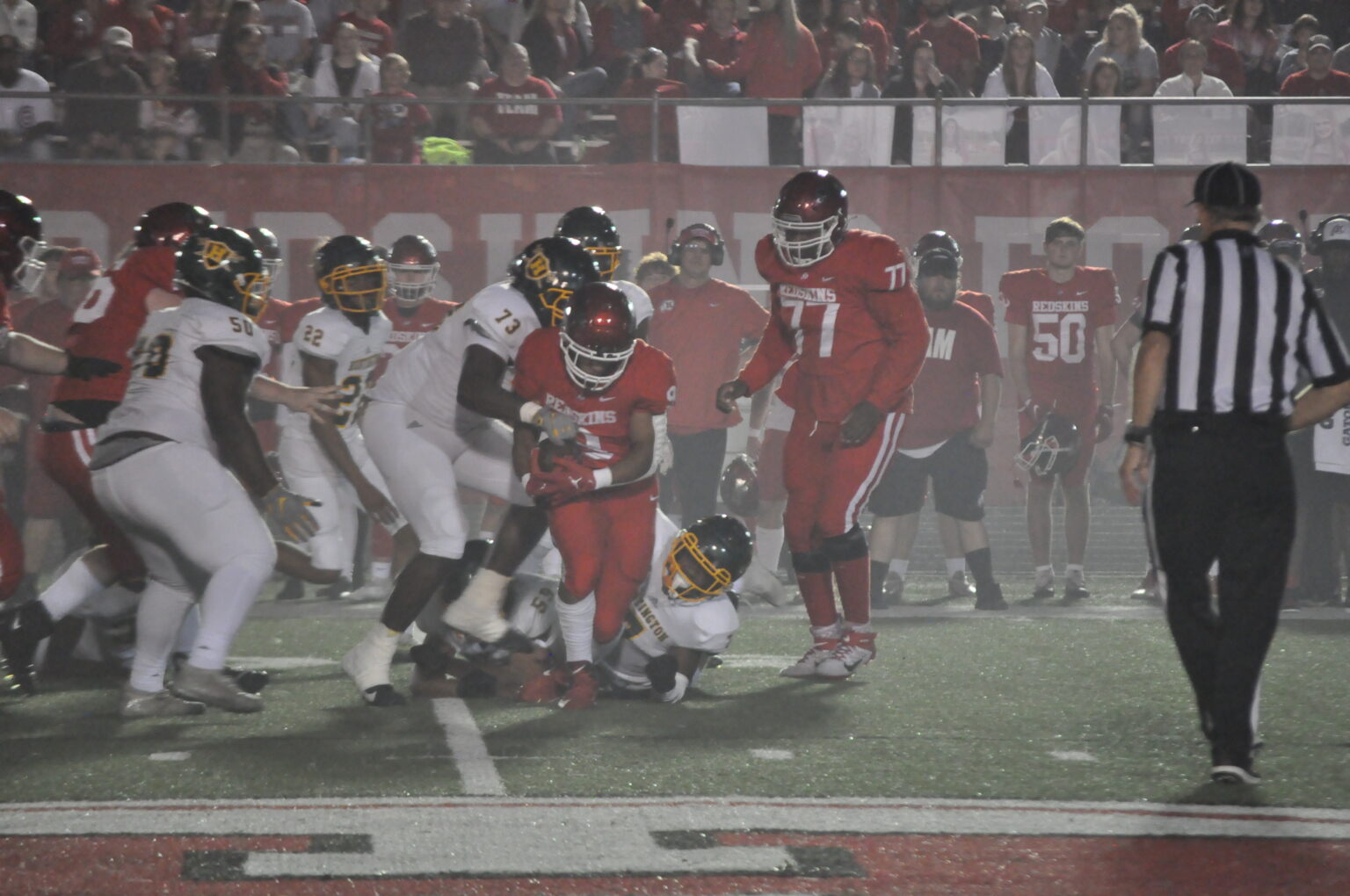 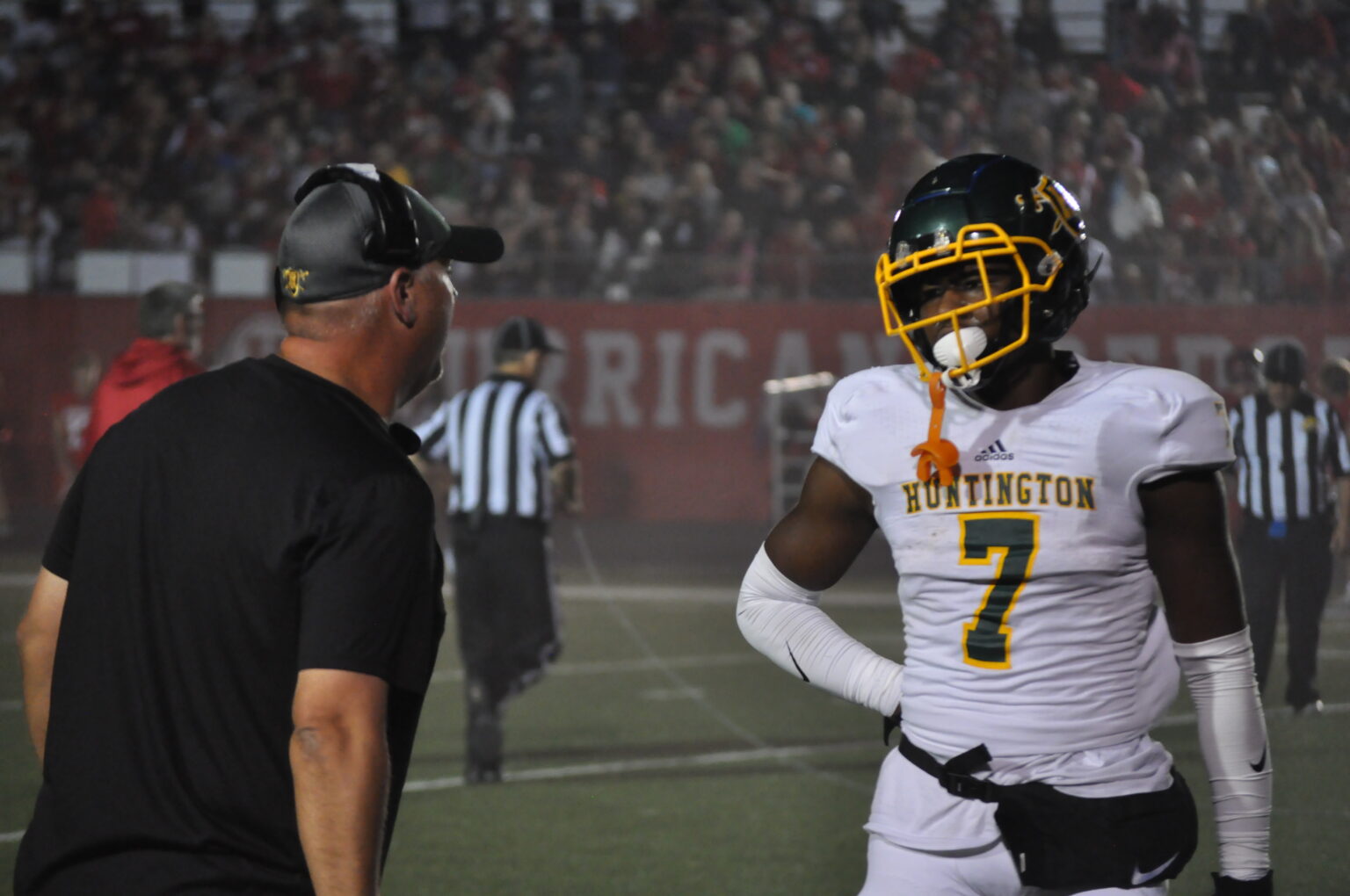 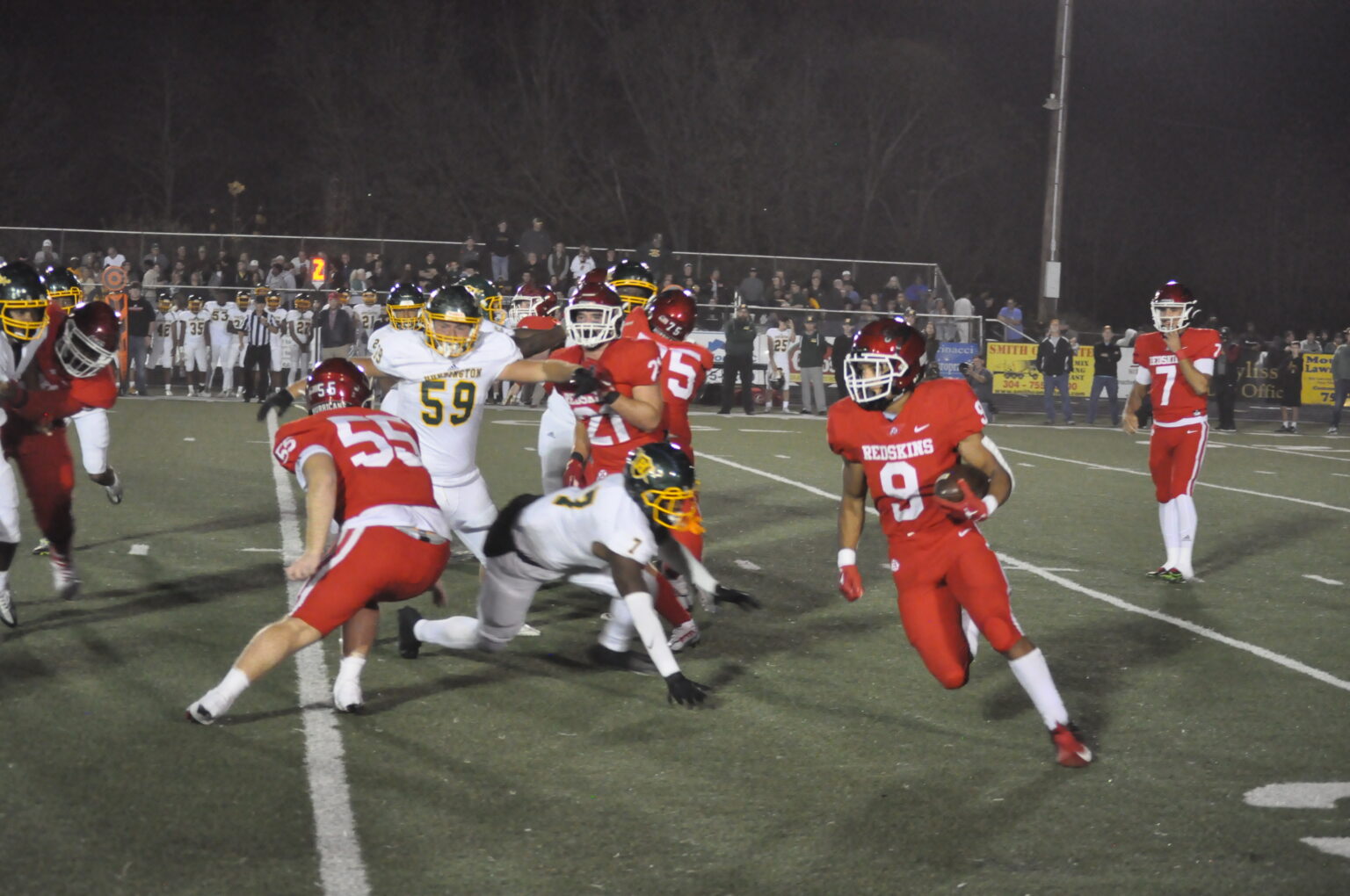 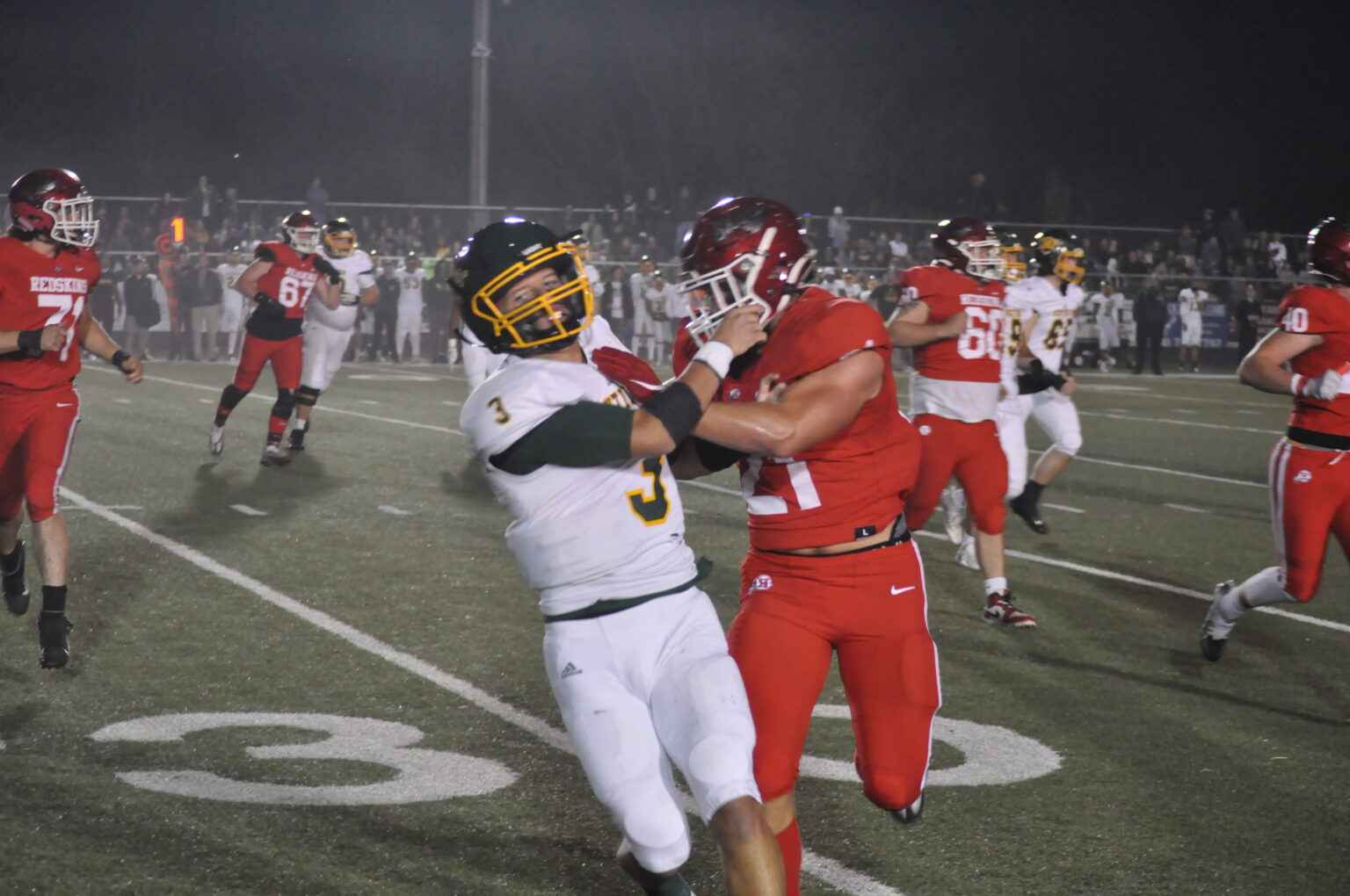 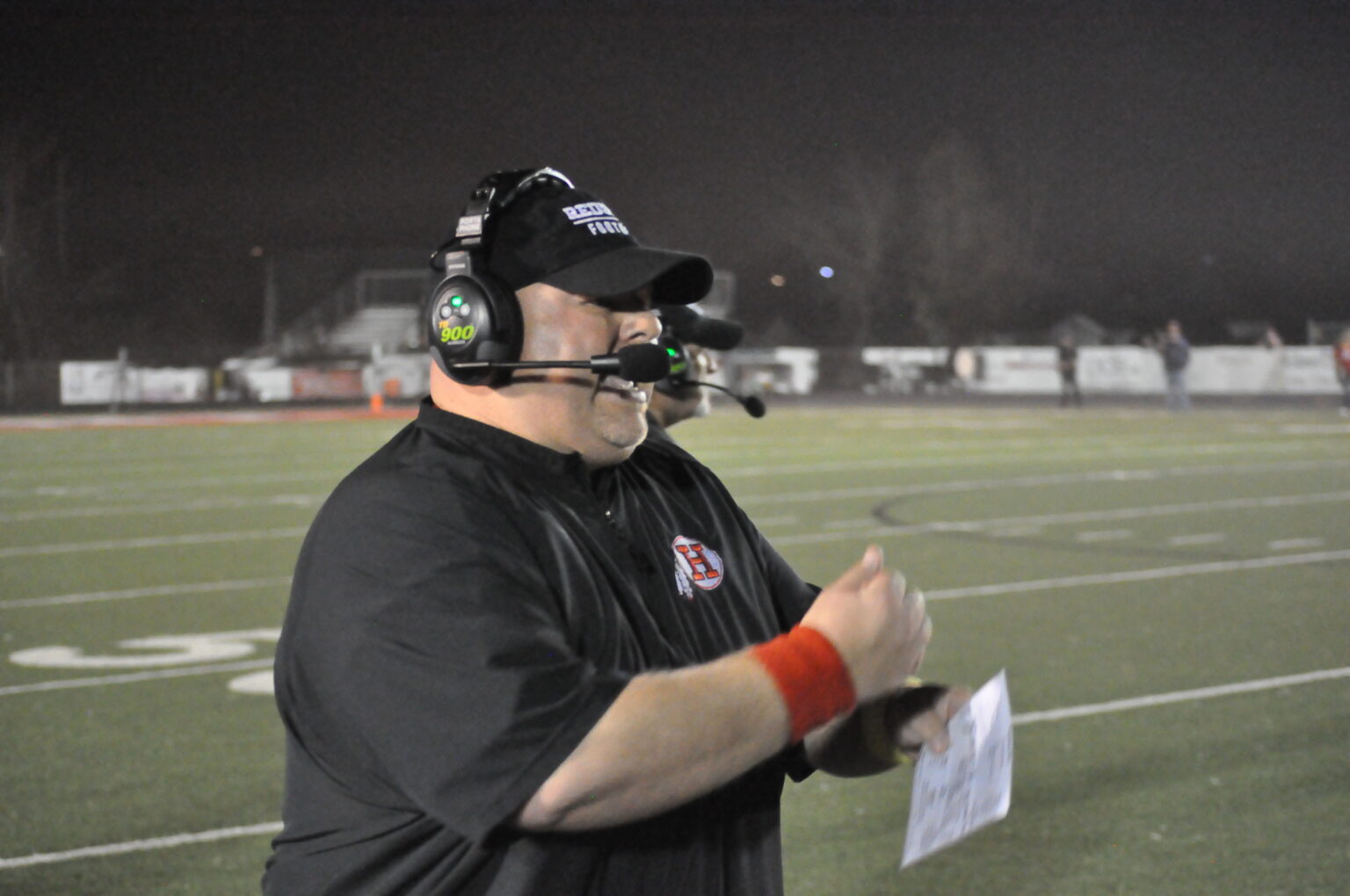 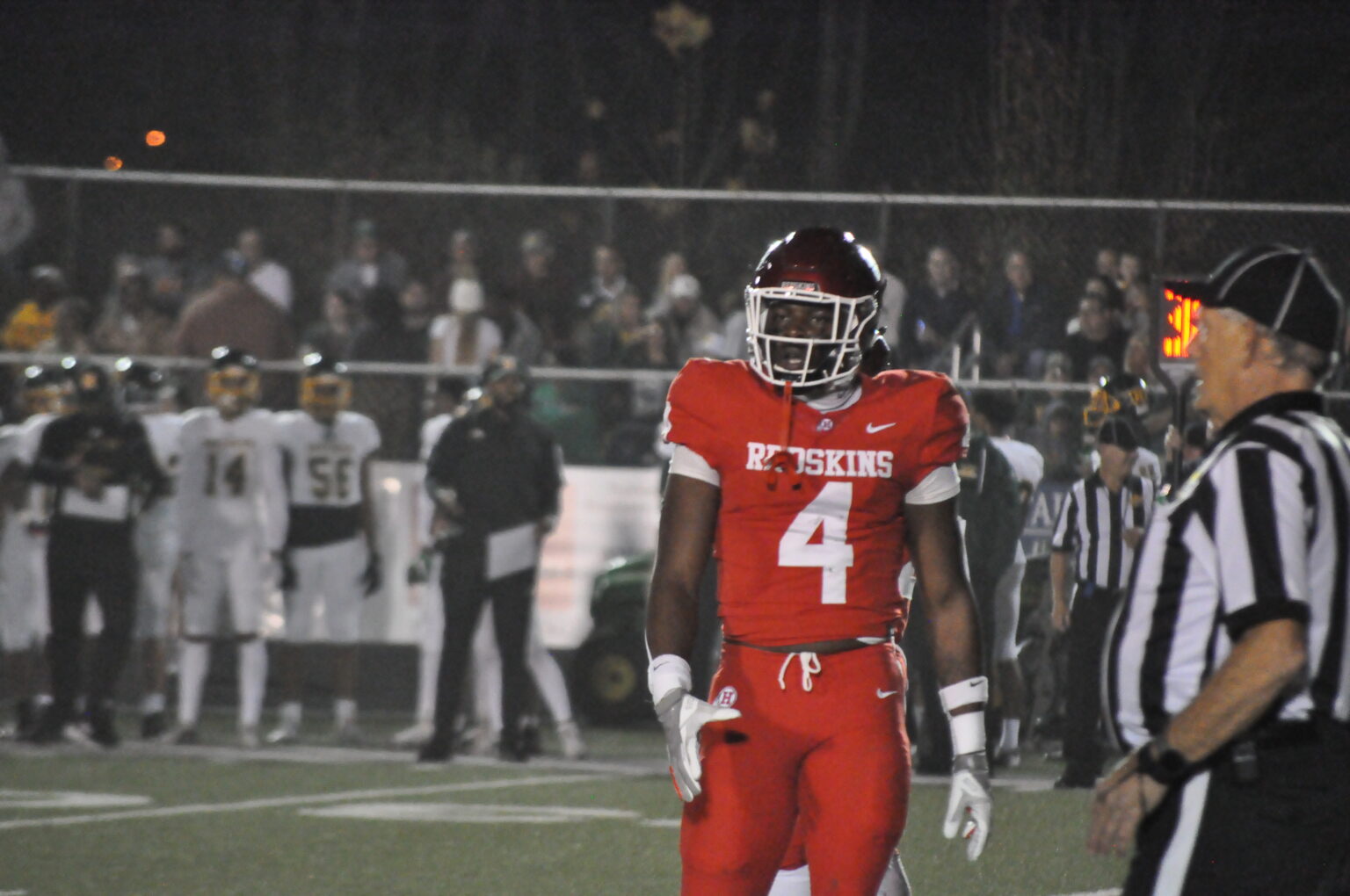 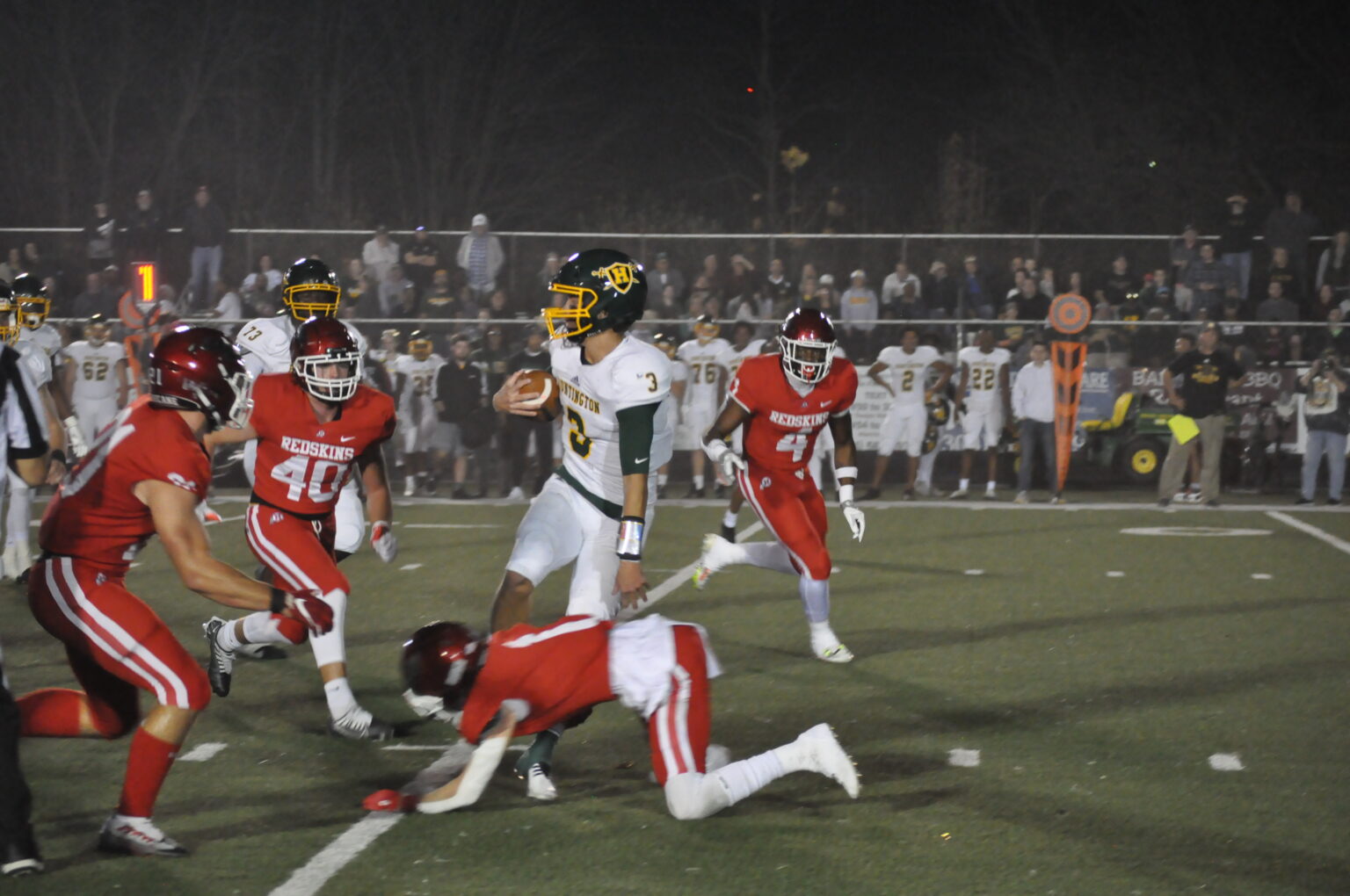 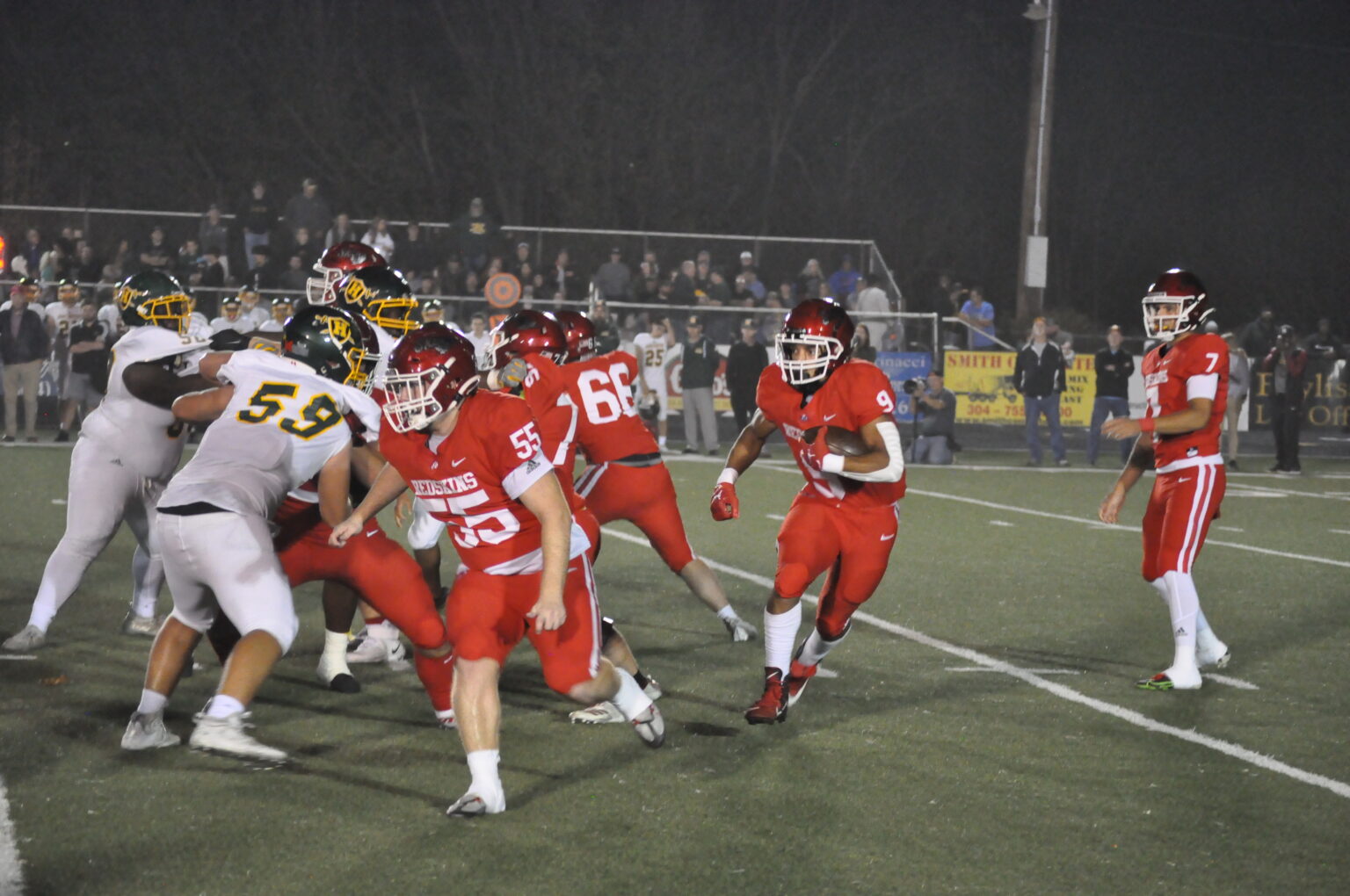 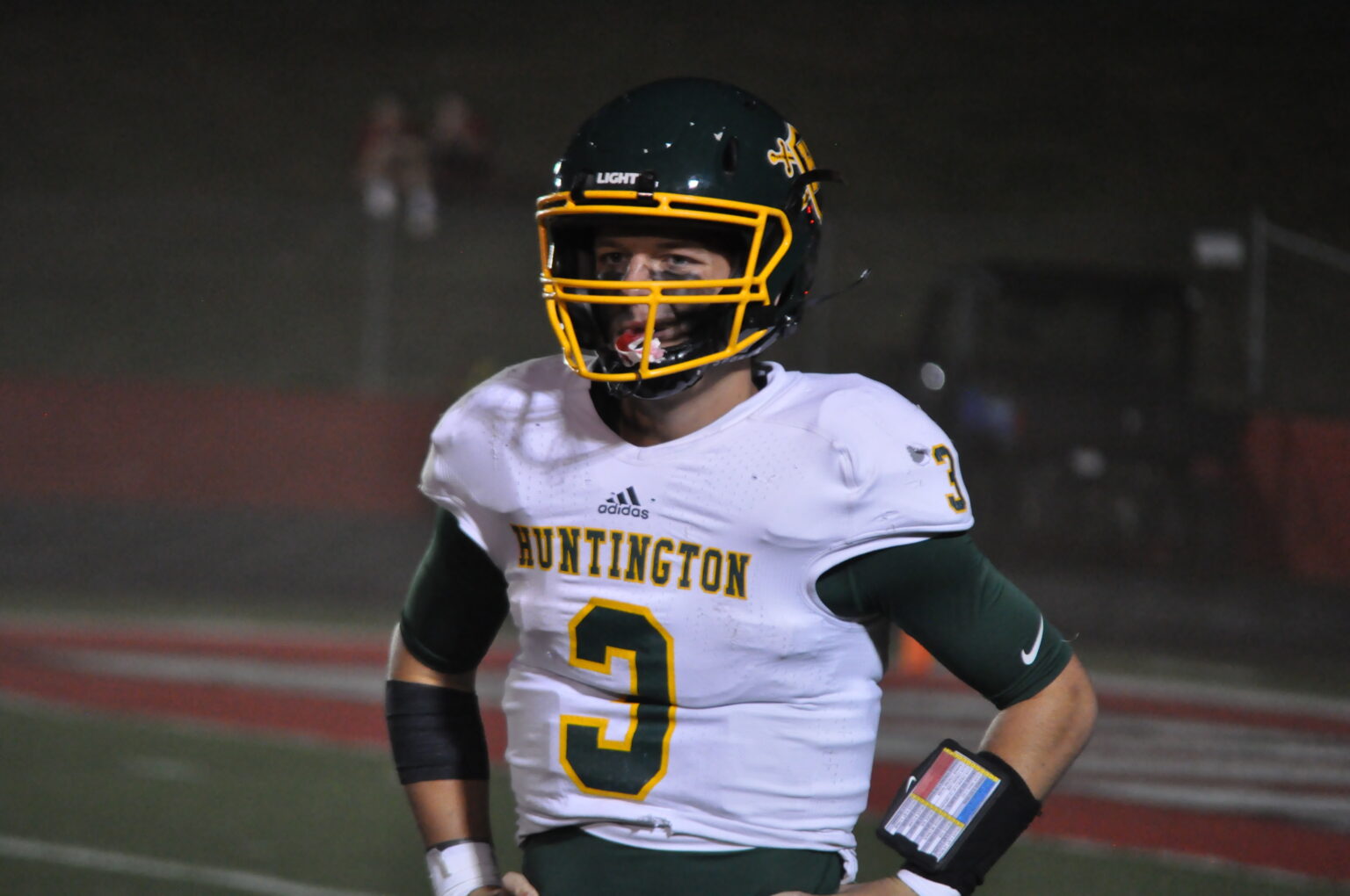 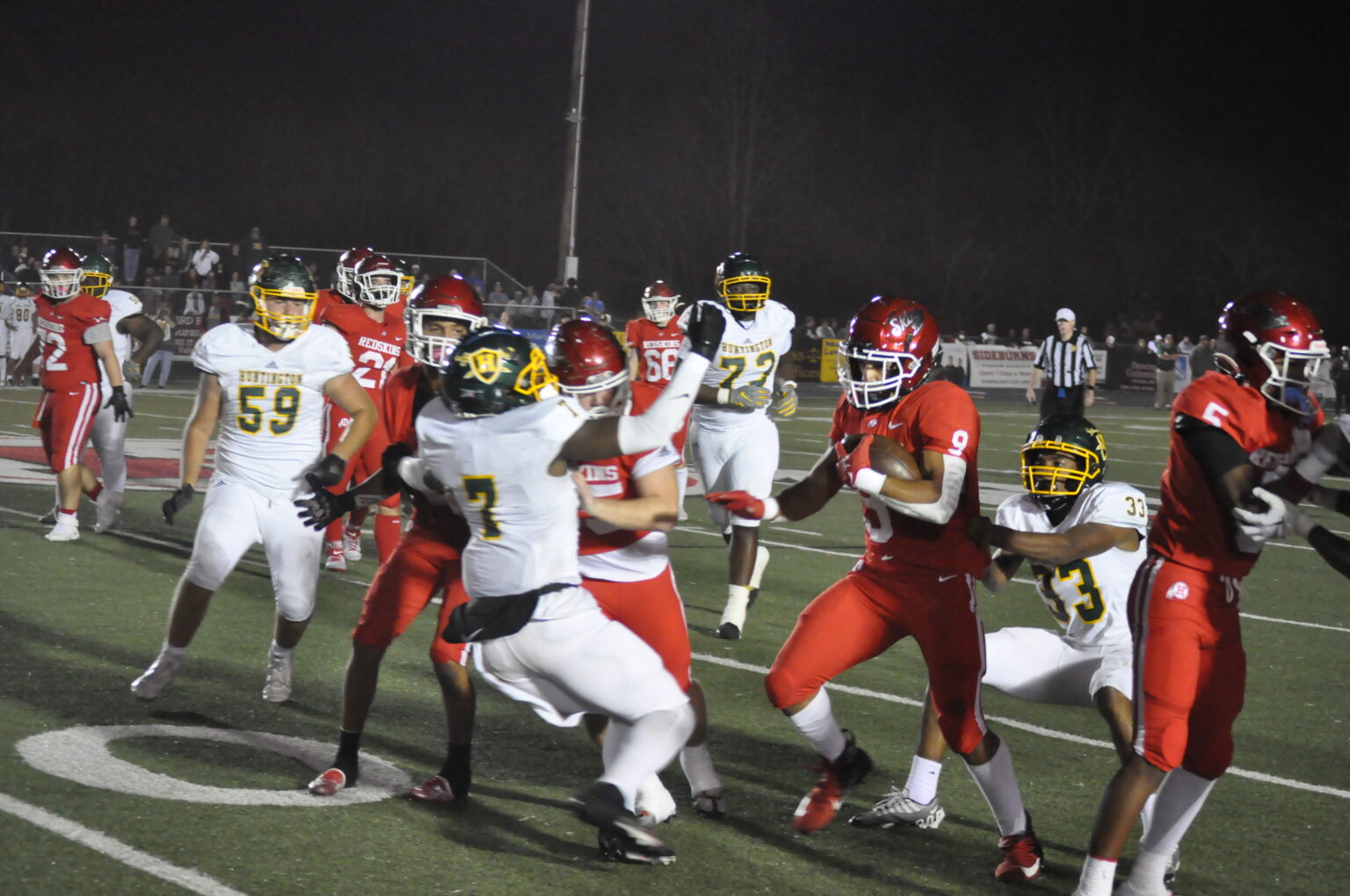 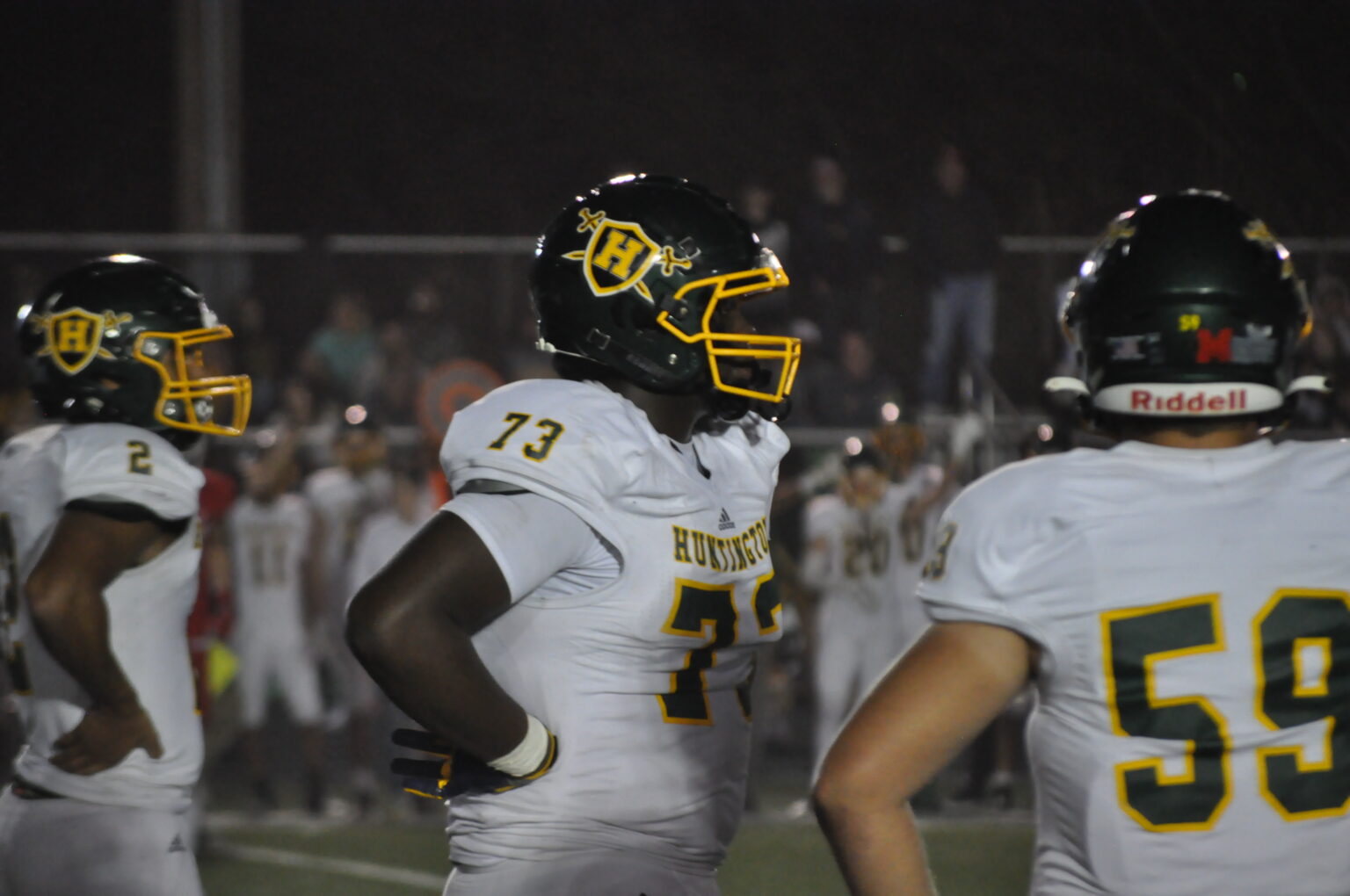 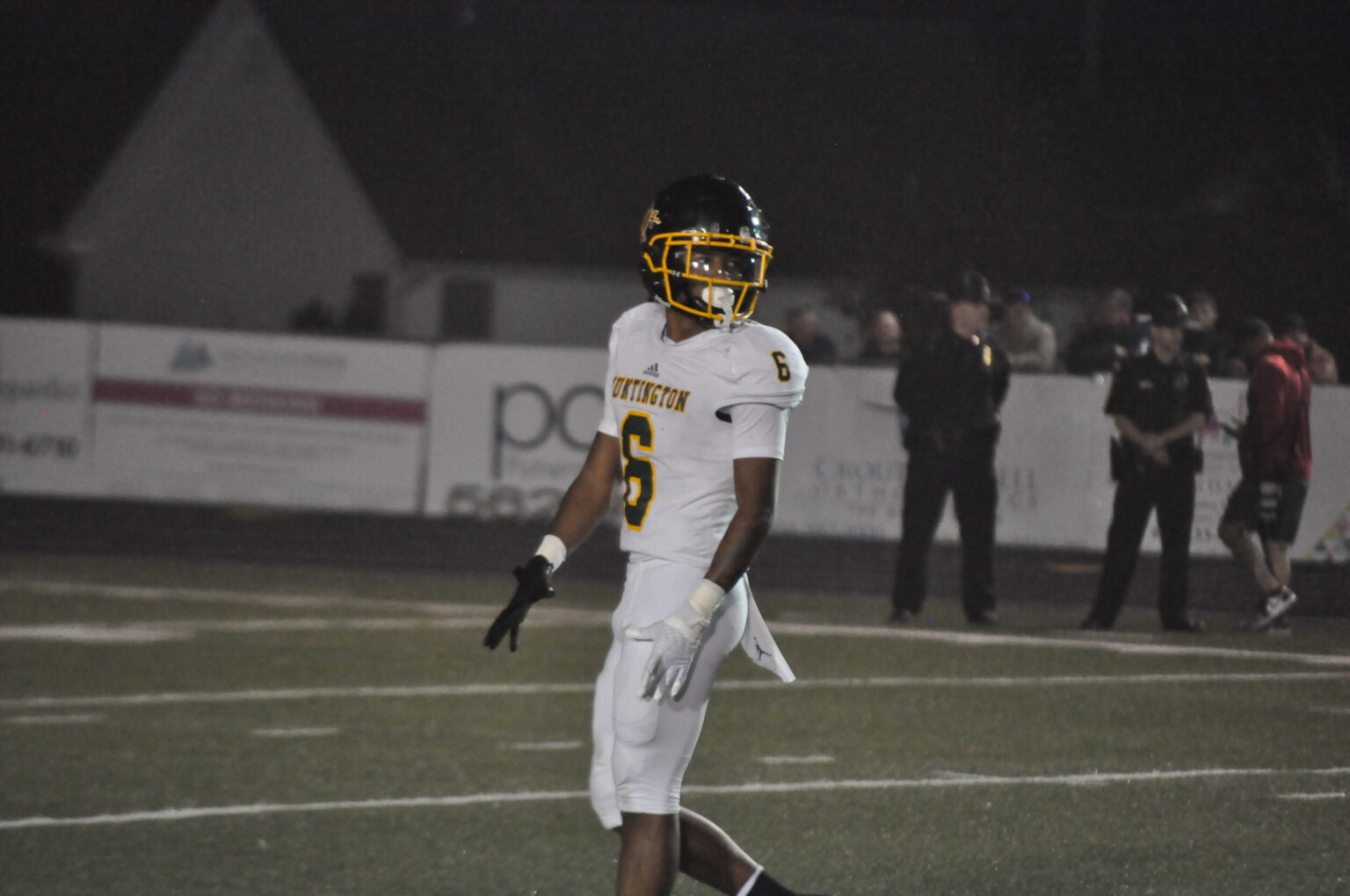 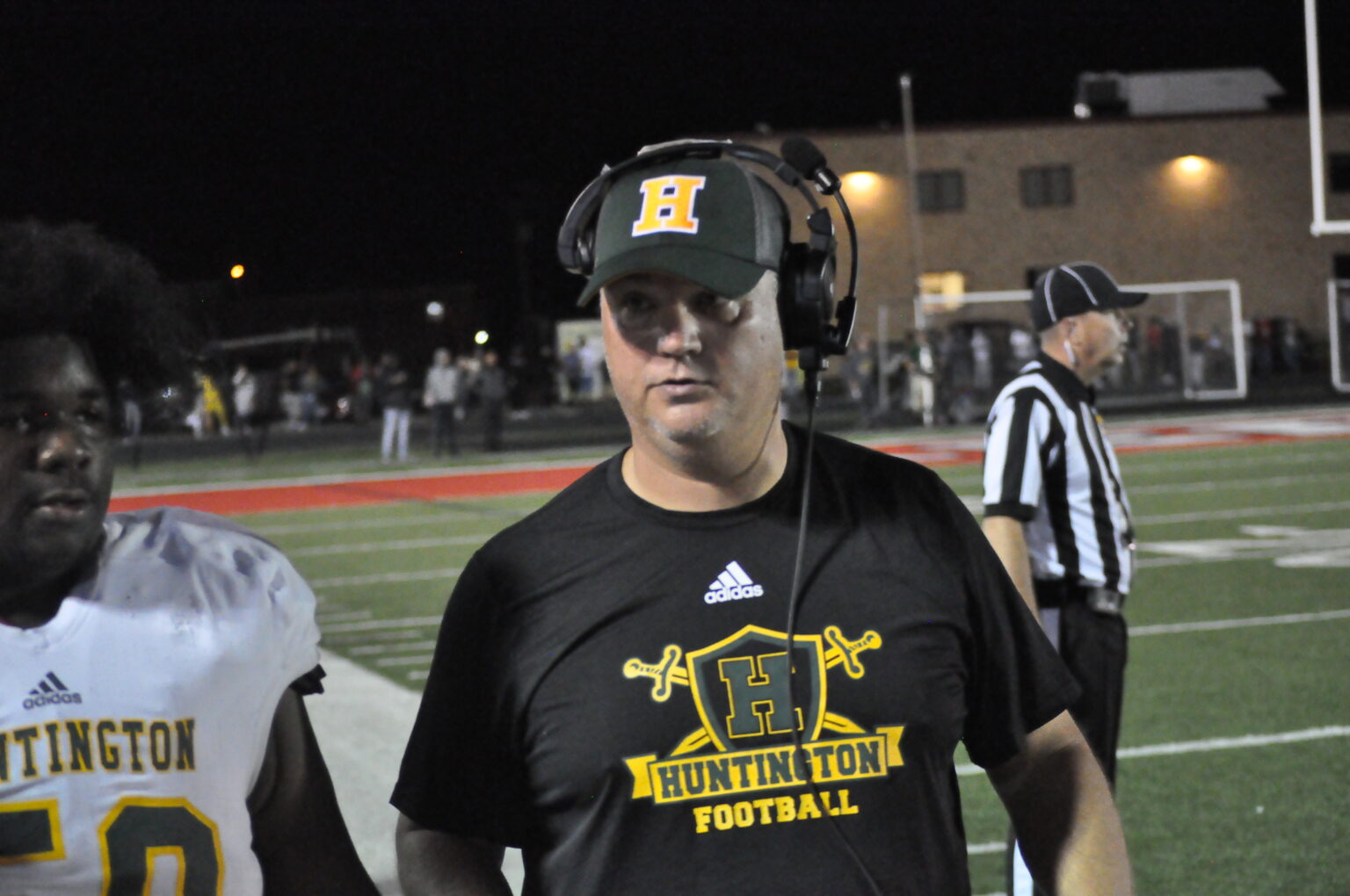 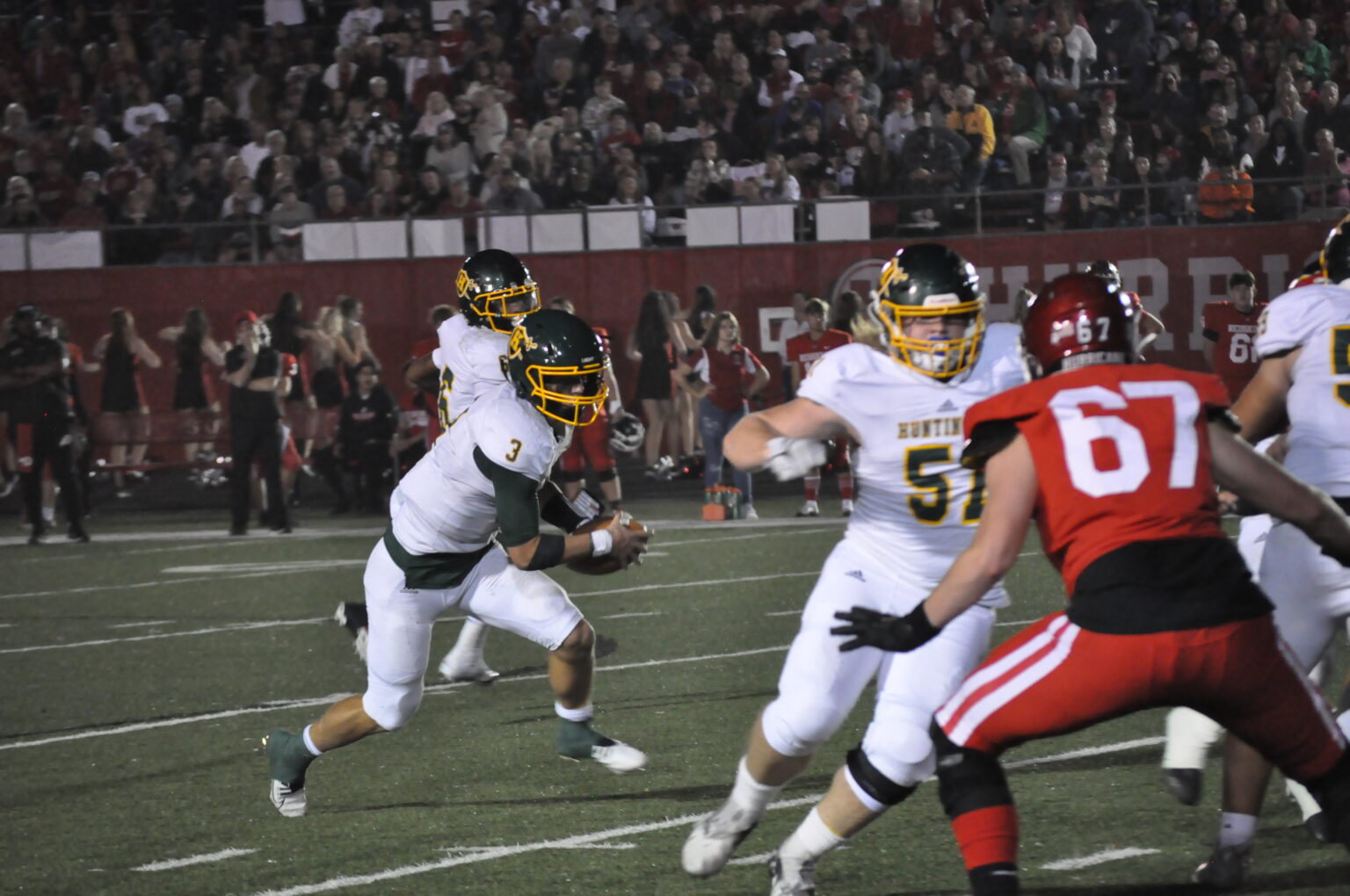 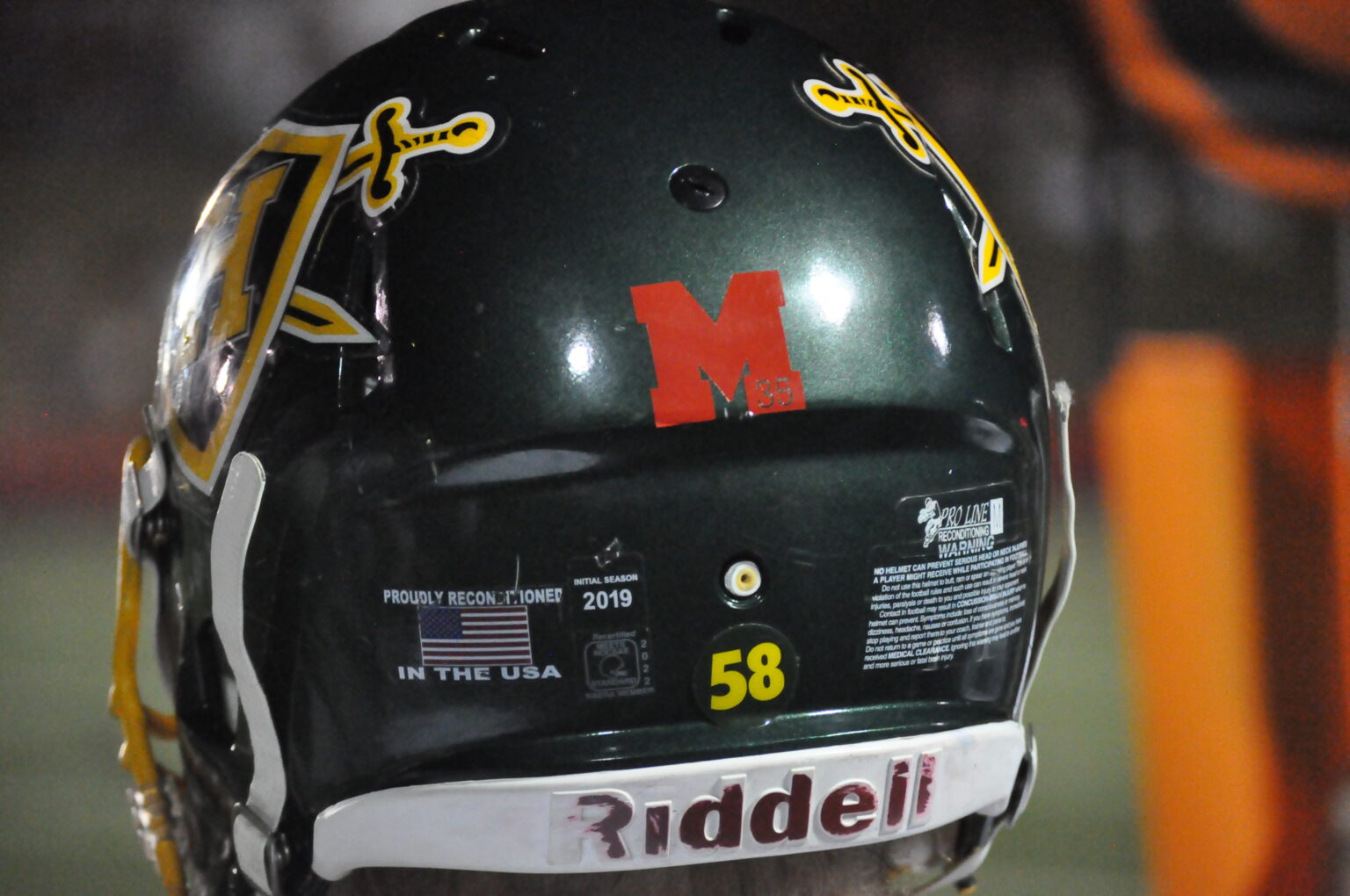 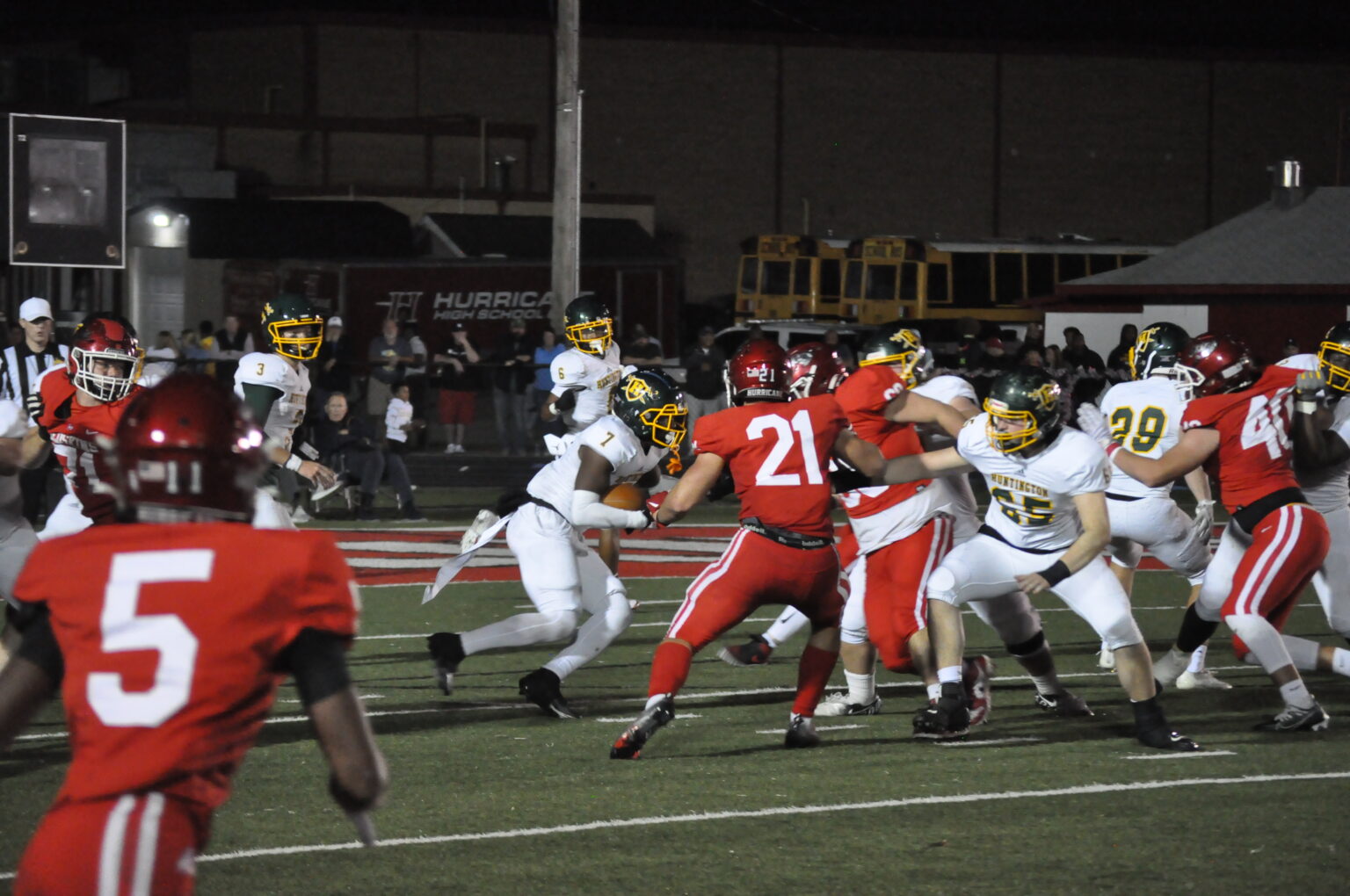 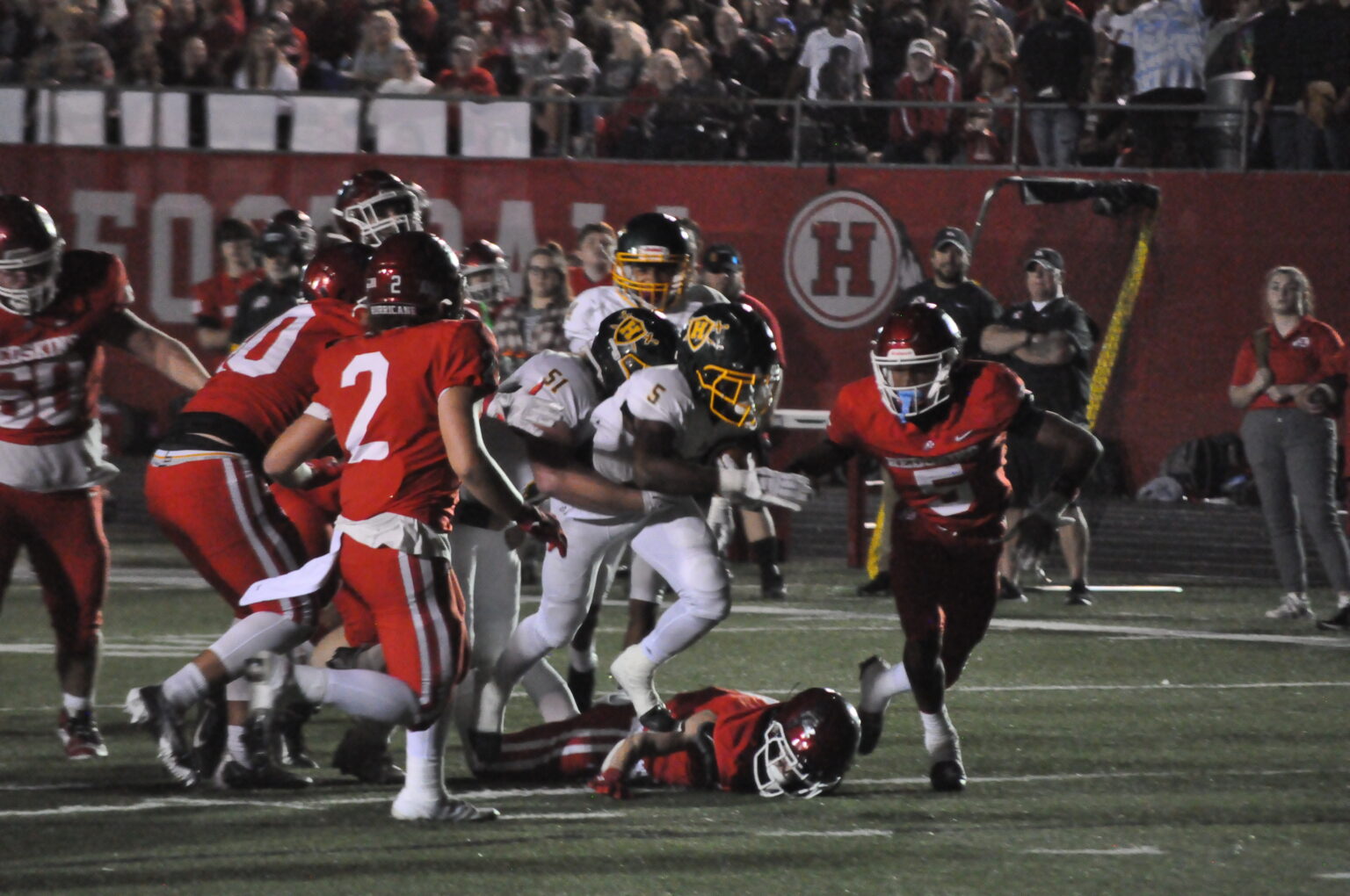 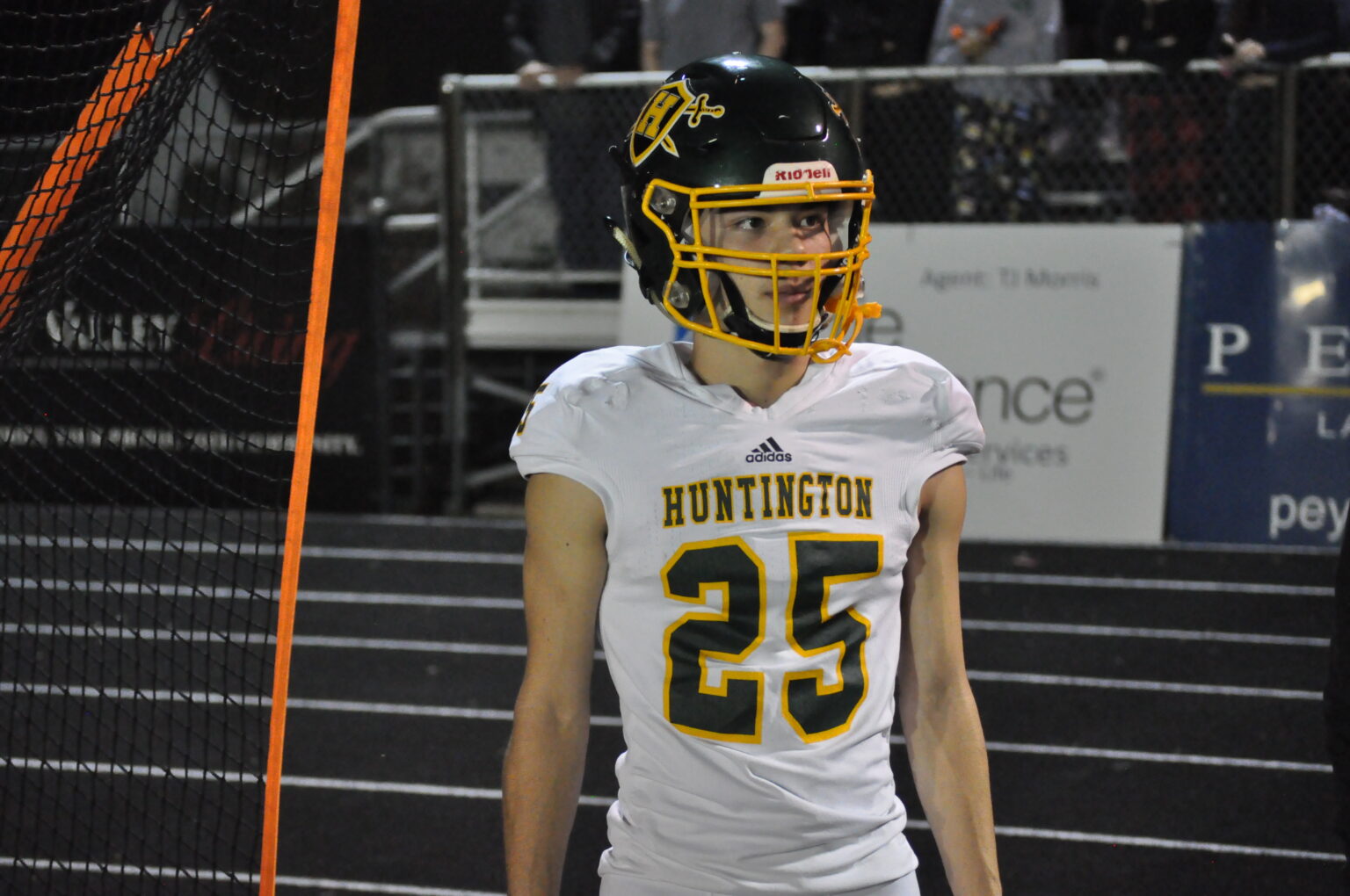 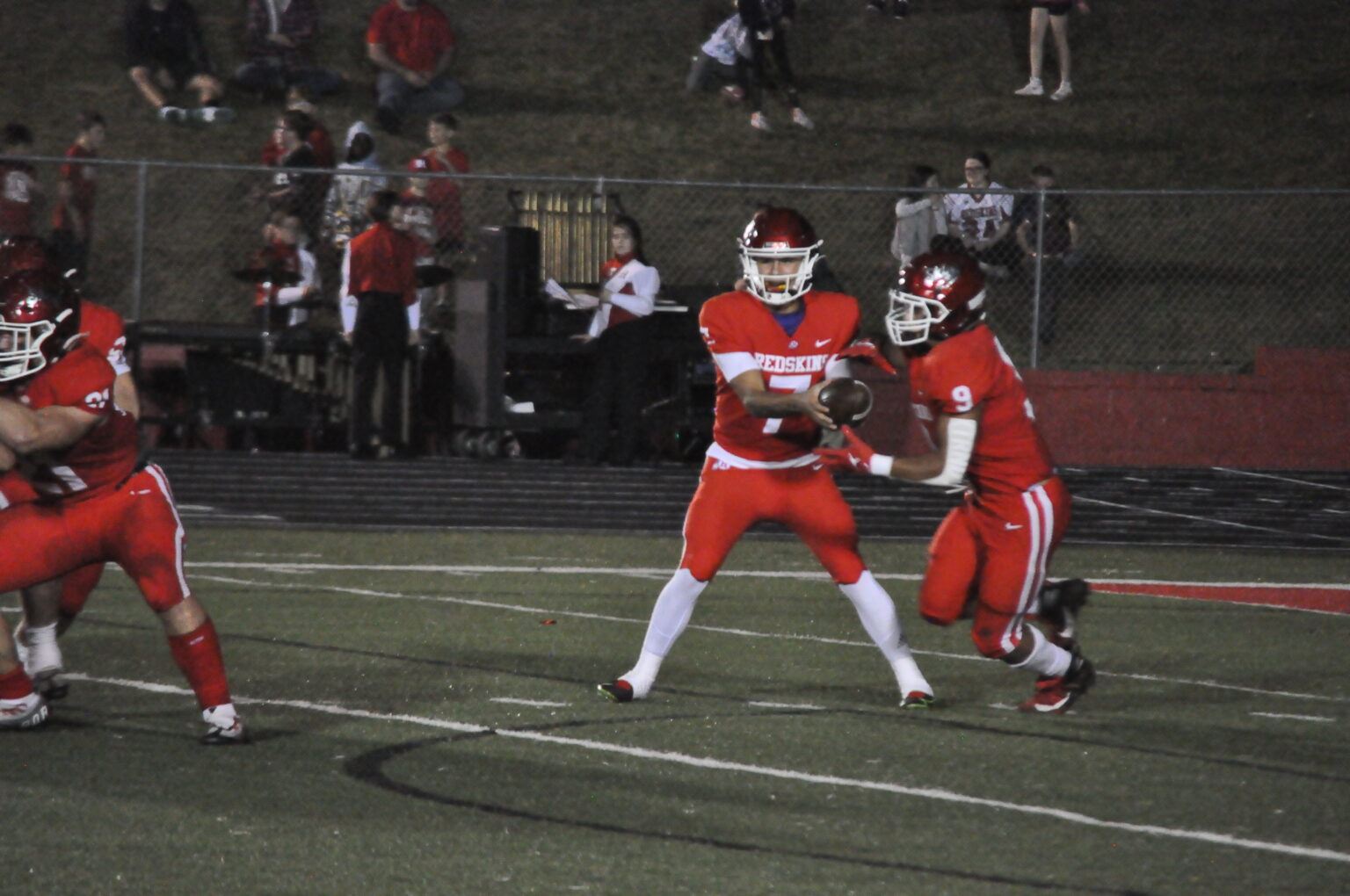 Highlanders’ quarterback Gavin Lochow got the offense and coaching staff together on the sideline and delivered a message.

The senior signal-caller backed up those words by leading the Highlanders on an eight play, 80-yard drive that he capped with a 7-yard TD run for his third rushing score of the game with 43 seconds remaining. The Highlanders’ defense then took care of their part in the final seconds, allowing Huntington to escape with a 24-21 victory at Jim McGehee Field that gives the Highlanders (9-1) a ninth straight win and Mountain State Athletic Conference Championship.

“Gavin Lochow walks over to me and says, ‘Coach, we got you,’” Highlanders’ head coach Billy Seals recalled prior to the Highlanders’ game-winning drive. “That’s all you need to know.”

Zah Jackson’s 15-yard run positioned Huntington at the Hurricane 7 with inside 2 minutes to play, and Lochow produced his third rushing TD on second-and-goal to give the Highlanders the late lead.

“In my mind on that drive, I was just thinking, we’re not going to lose,” Lochow said. “All my guys balled out on that last drive. Instead of getting tired, they came out and made huge catches and blocks and the linemen blocked up everybody on the last touchdown. I’m proud of my guys.”

The Redskins (8-2) had a final chance after starting on their 41, and they got to the Huntington 26 in three plays courtesy of Noah Vellaithambi’s 28-yard pass to Bryson Murrell.

On what proved to be the game’s final play, Donovan Garrett got to Vellaithambi off the edge, recording a sack and causing a fumble that set off a frenzied Huntington celebration.

“I said it was going to be a fun game and it was between two really good football teams,” Hurricane head coach Donnie Mays said. “I don’t know what the North has and there’s always Martinsburg, but as far as down here, I think Hurricane and Huntington are the top two football teams.”

Trailing 14-7 at halftime, Hurricane pulled even in the third quarter on Mondrell Dean’s 7-yard TD run at the 2:44 mark.

The contest stayed knotted until Jonny Aya-Ay’s 36-yard field goal allowed Huntington to lead 17-14 with 5:34 to play. The field goal finished an 11 play drive that followed Walter Williams’ interception of a Vellaithambi pass 48 seconds into the fourth quarter.

However, Hurricane answered in just the fashion it was hoping to and needed only five plays to take their first lead since 7-0. Riffle’s go-ahead touchdown was set up by Vellaithambi’s 40-yard pass to Colin Montgomery.

“If there’s a better game that’s been played in this state this year, I’d like to see it,” Seals said. “Hats off to Hurricane and Donnie Mays and their program. A hard-fought game. Hats off to our kids and coaches. We just kept battling and believing. We knew it was going to be a tight ball game and it’s good for us to have a little adversity.“

The teams exchanged first-quarter turnovers before while the contest was scoreless, with Avonte’ Crawford intercepting Vellaithambi on Hurricane’s third series, before McNeely lost a fumble on a reception that the Redskins’ LaRon Dues-Hall recovered on Huntington’s fourth possession.

“They have a fabulous team,” Seals said of Hurricane. “They’re really good defensively and they have weapons everywhere offensively. Riffle is as good as we’ve seen in the backfield and their offensive line played well. Hats off to our kids and coaches. We just kept grinding.”

Huntington answered with a 75-yard drive and pulled even on Lochow’s 2-yard TD run 8:54 before halftime.

After forcing a punt, the Highlanders took over at their 12 and quickly got moving when Lochow connected with Harris on a 36-yard pass. Seven plays later, Lochow’s 7-yard TD run allowed the Highlanders to hold their first lead at 14-7 with 2:46 remaining in the half.

“Once we settled down and got into the game, we scored touchdowns and we were fine,” Lochow said. “It took us a minute to get going — had some missed assignments, missed blocks and missed throws on my part, and made some bad reads. We’ll get better and keep working to fix all those little things.”

The Redskins appeared to be on the verge of tying the game when Dean threw a 9-yard touchdown pass to Montgomery late in the opening half, but it was negated by a holding penalty. That series ultimately ended with Caleb Johnson narrowly missing a 31-yard field goal, allowing the Highlanders to enter the intermission with the seven-point advantage.

After misfiring on each of his first six passes, Lochow finished 10-of-21 for 161 yards and rushed for 93 yards and all three of his team’s touchdowns.

“Credit to their quarterback,” Mays said. “He’s one of the best players in the league. When you have a guy like that, he can put it on his shoulders and he’ll take you down there and do stuff.”