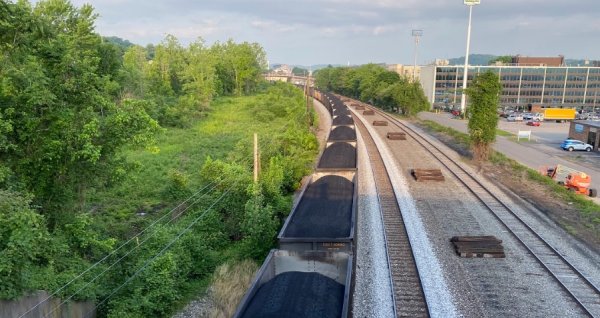 Biden, when speaking at an event in California Friday night said, “So it’s going to become a wind generation and all they’re doing is gonna save them a hell of a lot of money and using the same transmission line that transmitted coal fired electric on. We’re gonna be shutting these plants down all across America.”

Manchin said Biden has never made similar comments to him about coal.

My statement on comments President Biden made about shutting down coal plants: pic.twitter.com/LEeqrGdwqm

UMWA President Cecil Roberts said the union could not disagree more with Biden’s comments, saying closing plants would put thousands of more miners out of work.

“This harkens back to the days of previous administrations when comments like these were all too common and were made without any reference to what the effect on workers, their families, and their communities would be,” Roberts said.

Roberts said the union understands an energy transition is underway but coal jobs will still be needed.

“It’s easy to talk about ending an industry that supports hundreds of thousands of jobs in Appalachia and the Midwest, but the reality of such an action is harsh. Now is not the time to be talking about eliminating high-paying jobs anywhere in America, especially those that also provide a tax base for communities, fund health care facilities, and small businesses serving millions of people,” Roberts said.

“The past year has settled the argument, countries that give up fossil fuels leave themselves at the mercy of foreign oligarchs and crushing energy prices. Biden’s astounding ignorance is dangerous to America and deadly to West Virginia’s economy,” McArdle said. “If Joe Biden’s anti-coal vision is actually carried out, our state will be reduced to the status of a third-world country with the United States soon to follow.”

McCardle said the real threat to democracy is what she called the Democrat’s socialist agenda.