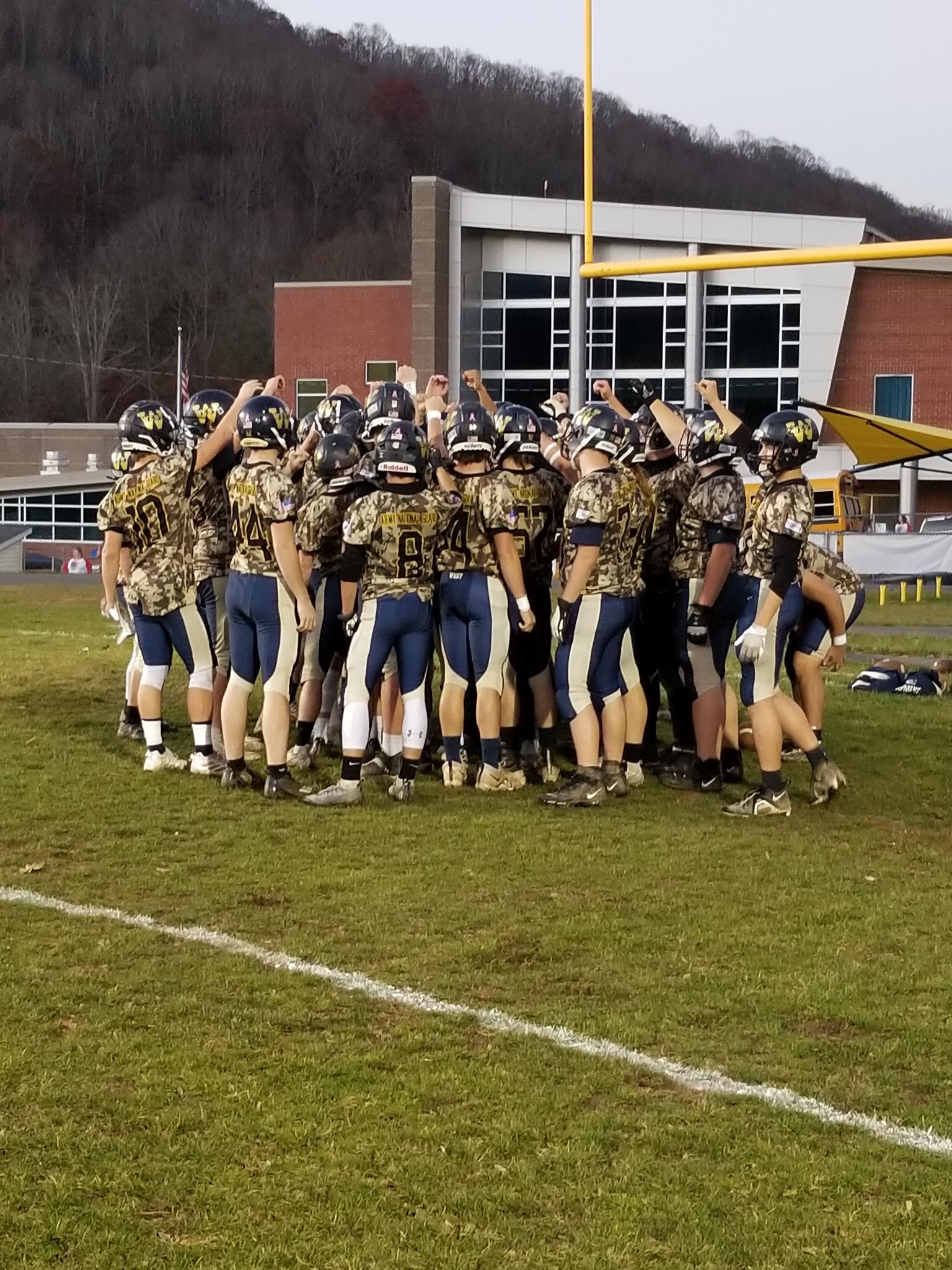 Greenbrier West huddles before their game vs. Moorefield (Photo: @GWHSCavaliers)

MORGANTOWN, W.Va. — Take a look at the notable results from around West Virginia in the final week of the regular season. MetroNews playoff projections can be viewed here.

Parkersburg South 49, Princeton 41 — The Patriots (9-1) secured to the No. 1 seed and home field throughout the Class AAA playoffs with a road victory.

The Tigers led 21-7 in the second quarter before the Patriots evened the score at 21 just prior to halftime. Gage Wright had four rushing touchdowns for South. Princeton’s Grant Cochran passed for three touchdowns and rushed for another score.

Parkersburg South will host Hedgesville in the opening round of the playoffs. Princeton (6-3) is the No. 12 seed and they will visit George Washington.

Bridgeport 62, Lincoln 14 — The Indians scored the final 48 points of the game to conclude their regular season with an 8-2 record. Phil Reed reached the 1,000-yard rushing mark with a 122-yard effort. Charlie Brazier and Ryan Hall each scored two rushing touchdowns.

George Washington earned the No. 5 seed in the Class AAA playoffs. They will host Princeton. Beckley qualified for the playoffs in consecutive seasons. They are the No. 15 seed and will visit Huntington.

Musselman 69, Parkersburg 27 — A lengthy road trip proved valuable for the Applemen. Musselman (7-3) secured home field in the opening round of the playoffs with the victory. Ray Adames racked up 300 yards on 9 offensive touches. He also had a 99-yard kickoff return for a score.

The loss eliminated Parkersburg (4-6) from postseason contention. Musselman will be the No. 8 seed and they will host Wheeling Park next weekend.

University 35, Spring Mills 13 — Luke Hudson passed for 190 yards and future Mountaineer Noah Braham rushed for a pair of touchdowns as the Hawks capped a 7-3 regular season. University is the No. 13 seed and will visit Hurricane. Spring Mills’ loss eliminated the Cardinals (4-6) from playoff contention.

“We’re playing well at the right time. Credit to our kids for continuing when things could have went sideways. After such high expectations, we lose two in the beginning. But we continued to get healthy as the season went on. We’re able to practice the right way and be a little bit more consistent than what we were at the beginning of the season,” said Herbert Hoover head coach Joey Fields.

Hoover is the No. 9 seed in the Class AA playoffs. They will visit No. 8 Clay County in the opening round. Despite the loss, Logan (6-4) earned the No. 16 seed and they will face top-seeded Winfield.

Roane earned the No. 3 seed in the Class AA playoffs. They’ll host No. 14 Weir.

Fairmont Senior 46, East Fairmont 7 — The Polar Bears won the 102nd edition of the East-West Game by holding the Bees under 100 yards of total offense. West outscored East 32-0 in the second half. Dylan Ours rushed for 123 yards and 3 touchdowns.

The two-time defending state champion Polar Bears (7-3) are the No. 7 seed in the Class AA playoffs and they will host No. 10 Chapmanville. East Fairmont (7-3) secured their first playoff appearance since 2007. The No. 13 Bees will travel to face No. 4 Scott.

Winfield 39, Point Pleasant 14 — The Generals (9-1) won their ninth consecutive game and clinched the No. 1 seed in the Class AA playoffs with a road victory. Caden Beam rushed for two touchdowns while Brycen Brown and Bray Boggs each scored once. The Generals will host No. 16 Logan in the opening round.

Greenbrier West 47, Moorefield 0 — The Cavaliers (9-1) clinched home field in the opening round of the playoffs by posting their seventh shutout of the season. Ty Nickell rushed for 230 yards and 4 touchdowns. West will host No. 9 South Harrison in the opening round next weekend.

Webster County 24, Montcalm 16 — The Highlanders (4-6) jumped out to a 24-0 lead and held on late to defeat Montcalm. Despite an 8-2 record, Montcalm was eliminated from playoff contention with the loss.