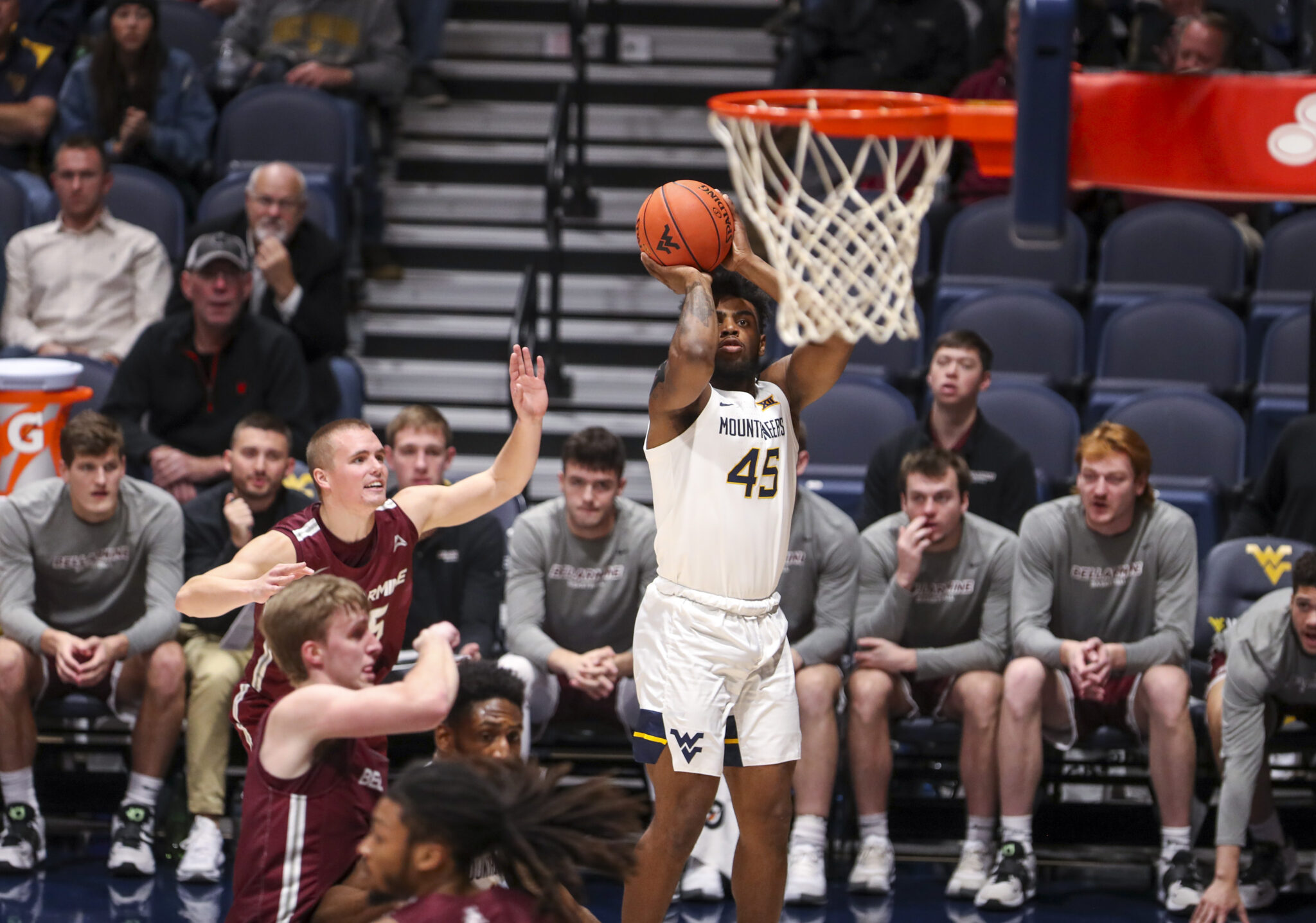 MORGANTOWN, W.Va. — After five players transferred from the WVU men’s basketball program over the last year and five more exhausted their college eligibility, Bob Huggins will utilize a new-look roster when the Mountaineers open the regular season Monday night against Mount St. Marys.

However, WVU’s group of sophomores banded together and decided to stay for the 2022-2023 season. Jamel King, Kobe Johnson, James Okonkwo and Seth Wilson are joined by fifth year guard Kedrian Johnson to make up the list of five returners. Wilson, a native of Lorian, Oh., says entering the transfer portal was simply not an option for him.

“We all virtually live together. So we are always seeing each other and we are always around each other, hanging out and playing video games or whatever the case may be. Naturally, there’s a bond that we have. There’s a chemistry that we have that we want to carry over to the court.”

Following the end of their freshman seasons, Huggins met with the quartet and said that expectations and opportunities will be raised for the group.

“Naturally, he said that the guys that come back, we are going to look for more out of you guys and things of that nature. As a group, we said, ‘Okay, he is expecting a lot out of us. We all just have to be ready’. We’re going to hold each other accountable, make sure everybody is in the gym, make sure everybody is getting ready. So when he does call on us, we are all going to be ready.”

WVU posted a 16-17 record last season and the Mountaineers finished last in the 10-team Big 12 Conference.

“Naturally, you want to win. And it was tough doing that last year. This year, that is the focus. It doesn’t matter individually what we do. It is a matter of if the team wins. That’s what we all want to do is just win.”

A unique aspect to this year’s Mountaineer roster is that the most experienced players on the team are veteran transfers. That group includes fifth-year players Erik Stevenson and Emmitt Matthews.

“When every new guy came along, we welcomed them with open arms. It wasn’t an issue. It wasn’t anything that was really hard to get used to. It was, okay we’ve got this guy now. Let’s make sure he understands what we do. Let’s make sure that we make him shine and we make each other shine. We just jelled together,” Wilson said.

Wilson appeared in 20 games last winter and he averaged 7.4 minutes per contest. Including a pair of games in the conference tournament, Wilson played in 13 Big 12 contests as a true freshman.

“This league is a tough league. There’s no nights off. It is the best league in America. You always have to bring it and be ready to play. We’re just trying to put that in everyone’s head. We all understand that every night, we have to come ready to play.

“There is a real big excitement with this group. We know that from the time that everybody got here up to these points now, we know that we have been battling. We have been going to war everyday in practice. We have been killing each other in practice. To finally go out there and be on the same team and go towards the same goal, we are just real excited to do that.”